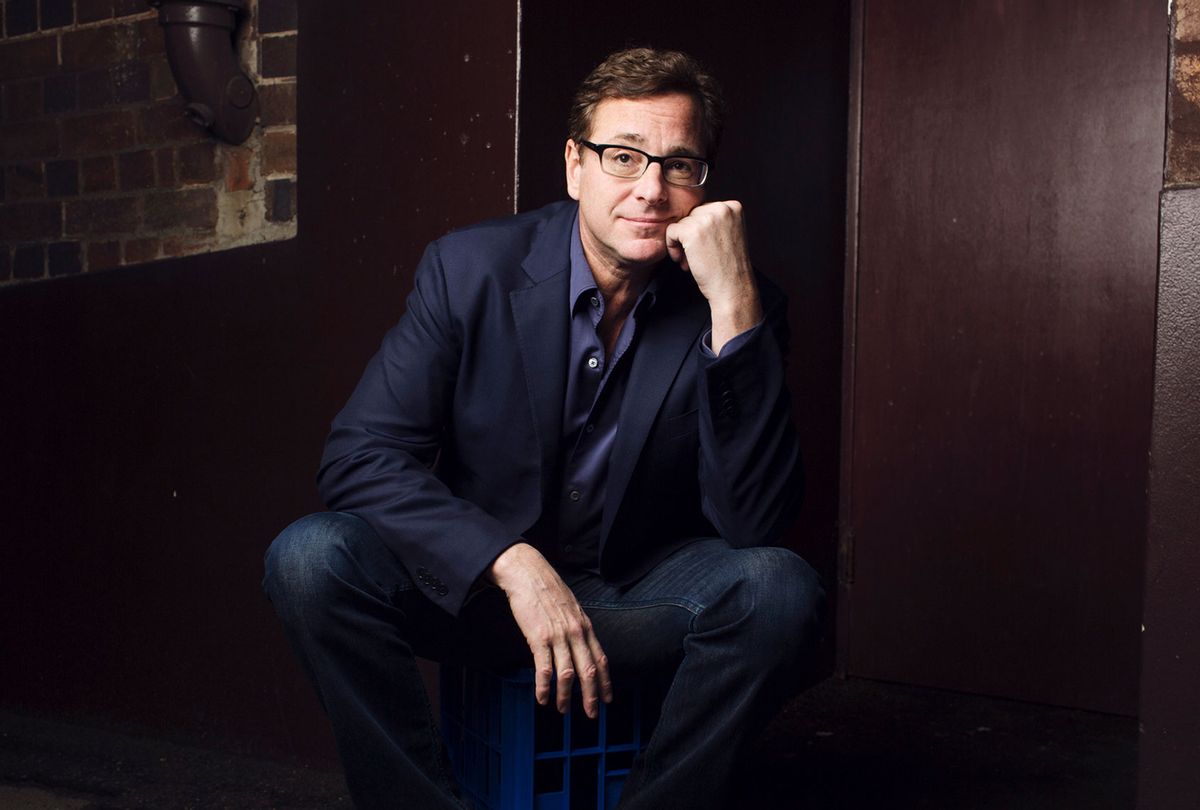 Earlier this month, Orange County Sheriff officials revealed that Bob Saget sustained an accidental blow to the back of his head and passed in his sleep. On Wednesday, officials proposed a new theory about the "Full House" star's final moments after uncovering new details from video footage.

According to PEOPLE, Saget was last seen exiting the ninth-floor elevator of the Ritz-Carlton Orlando hotel in Florida and walking down the hallway towards his room. Authorities who reviewed the surveillance video said that Saget "showed no sign of distress."

Saget reportedly hung a "Do Not Disturb" sign on the doorknob and entered his room at 2:17 a.m. His door remained closed until the following afternoon on Jan. 9, when officials responded to a man-down call around 4 p.m. and found him unresponsive. Saget was pronounced dead at the scene.

Authorities believe that Saget lost consciousness in his room's bathroom, fell backwards and struck his head on the marble floor. No blood or hair were found on the bathroom's marble end tables and counters.

Authorities also believe that Saget regained consciousness before getting into bed. He lost consciousness again and died in his sleep. His time of death was said to be around 4 a.m.

"It's definitely an unusual case," an Orange County Sheriff's deputy told PEOPLE. "There are still a lot of unanswered questions."

Last Tuesday, Saget's widow, Kelly Rizzo, and their three daughters filed a lawsuit against Orange County Sheriff John Mina and the medical examiner's office, asking that they don't release graphic medical records concerning Saget's death. The family explained that the public release of such records would cause them to "suffer irreparable harm in the form of extreme mental pain, anguish and emotional distress." The Orange County Sheriff's Department countered the request, stating that they must uphold their "commitment to transparency."

According to his autopsy report, Saget tested positive for COVID-19 prior to his death. He suffered from skull fractures, brain injuries, abrasions and blood buildup within his skull and scalp. A sedative medication and an antidepressant were also found in his system.

"As we continue to mourn together, we ask everyone to remember the love and laughter that Bob brought to this world, and the lessons he taught us all: to be kind to everyone, to let the people you love know you love them, and to face difficult times with hugs and laughter," Saget's family said in a previous statement to PEOPLE.