HBO's "Winning Time: The Rise of the Lakers Dynasty” knows how to put on a show 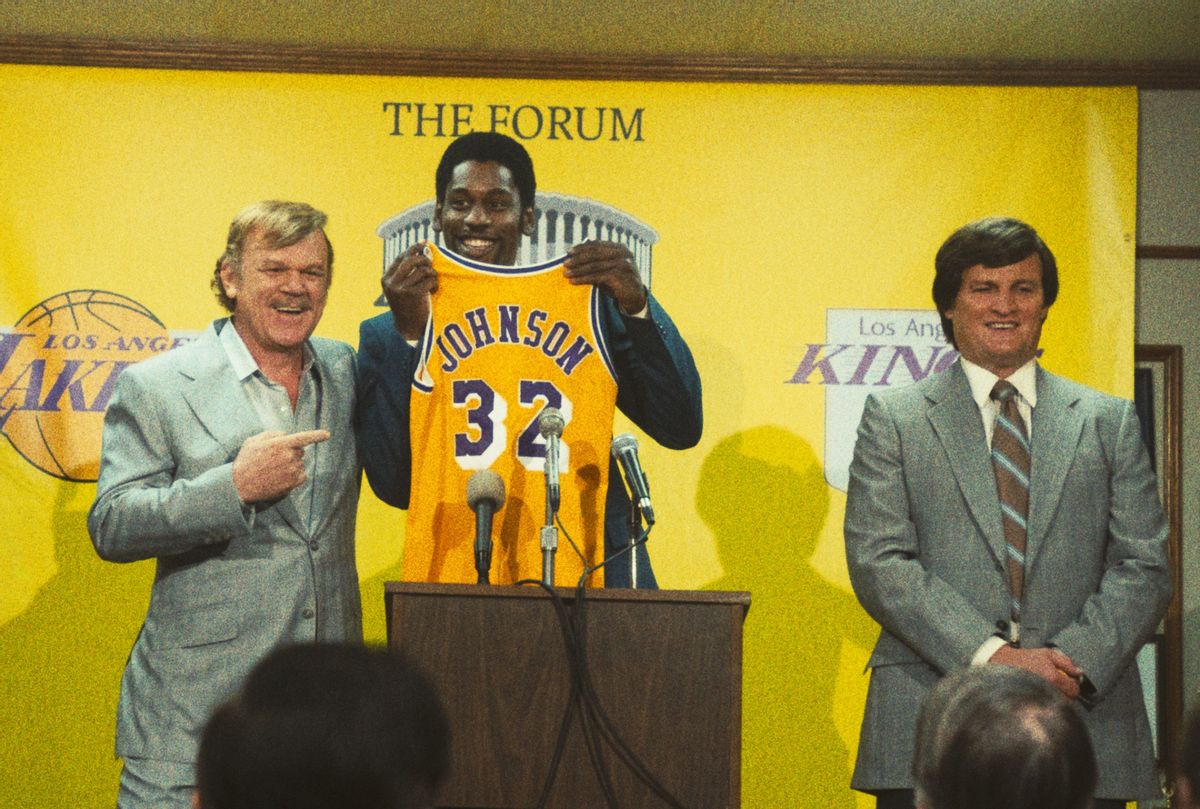 By the time we get to coach Jack McKinney's part in "Winning Time: The Rise of the Lakers Dynasty," we already understand the type of once-in-an-era lineup the Los Angeles Lakers had in the early 1980s. Then again, anyone who grew up in that decade knows at least a few of the names responsible for transforming the team into a famous powerhouse.

There's Magic Johnson, whose energy gave a second wind to veterans like Kareem Abdul-Jabbar and Stormin' Norm Nixon. Pat Riley, the former player turned coach who came out of nowhere to lead the Lakers to four NBA Championships. We're also obligated to give a layup to Paula Abdul, the first Laker Girl who went on to choreograph for the Jacksons and become a pop music star and "American Idol" judge.

RELATED: Janet Jackson is finally back in control of her rightful legacy in must-see docuseries

McKinney, played by Tracy Letts, is perhaps the least known character in this to all but the most devoted students of basketball lore and Lakers history, and yet he's the one who understands the sport's potential to become a theatrical blockbuster.

He likens his overhaul of the Lakers' by-the-numbers offense to transforming classical music into jazz. Instead of operating like every other team does, which is to play the pretty melody everybody knows, they'll introduce marvelous anarchy by putting the music in the players' hands.

"What seems or sounds like chaos is actually the symphony of Mother Nature," he intones. "Everything unpredictable has underlying patterns. And when those patterns become reflex, individuals become an unstoppable force. Or that's the theory, anyway." 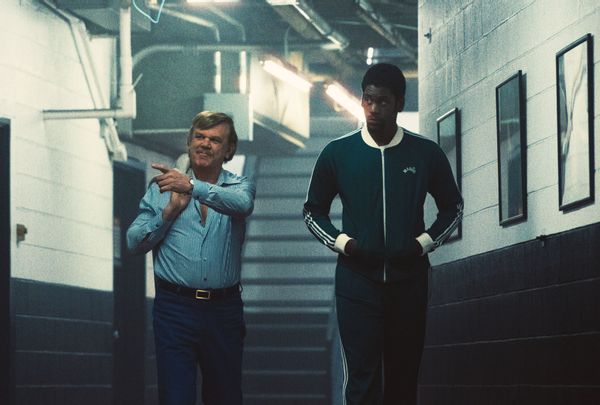 Winning Time (Warrick Page/HBO)I'd stop short of likening "Winning Time" to one style of music, since co-creators and showrunners Max Borenstein and Jim Hecht treat needle-drops like a jukebox spinning on random. (A better comparison would be to call it the debauched L.A. answer to "Succession" that aspires to be a better class of celebrity than "Entourage" or "Ballers.") But they do follow McKinney's description of flow, embracing the situational disarray of the Lakers' Showtime era with giddy nonchalance.

The Lakers put this theory into practice through the teamwork of Magic, Kareem and the rest of the 1980 starting lineup, but it also plays out for us through each episode's unpredictable visual collages. At any moment the story might leap into an animated sequence or flash between a fictional version of a figure and the real person's face.

This highlights the Showtime era lineup's lasting connection between sports to popular culture, one reason on a long list explaining why "Winning Time" shouldn't summon the usual sports drama question about whether its appeal will be broad enough. The extensive cast is populated with enough premium label actors to make the basketball question irrelevant; even if you don't know who Pat Riley is, you'll probably want to see Adrien Brody play him. Remember Donald Sterling? Even he drops by for a cameo preview of his grossness behind closed doors. 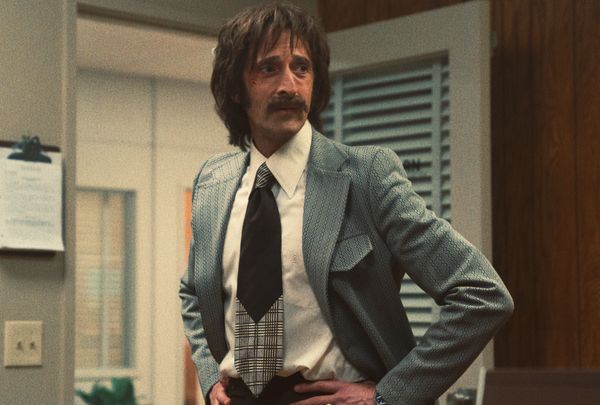 Adrien Brody as Pat Riley in "Winning Time: The Rise of the Lakers Dynasty" (Warrick Page/HBO)"Winning Time," based on Jeff Pearlman's book "Showtime: Magic, Kareem, Riley, and the Los Angeles Lakers Dynasty of the 1980s," is a miracle of showmanship that knows precisely how to capitalize on the magnetism of its principal players. Whether this season's wins, losses and drama are etched in your memory or you are coming in cold, the risk and tension feels as real as the rivalries, and it's all leavened by an insouciant sense of humor.

John C. Reilly's take on Dr. Jerry Buss is the main source of its comedic effervescence, especially when we meet him in 1979. Buss is one part business man and two parts huckster, over-leveraging his real estate and cash assets to buy a team nobody takes seriously in a league that's lost its relevance. The Lakers are viewed as losers; even Buss' mother (Sally Field) says so, and she's the closest thing next to his daughter Jeanie (Hadley Robinson) to the man's ride-or-die.

But Buss follows his hunch that with the right injection of showbusiness style and fleshy jiggle, he can transform these also-rans into a dynasty and their home stadium into a bustling attraction. He's exactly the type of womanizing hustler Reilly excels at playing, an ambitious clown whose shirts don't button higher than his lowest rib, and who is smarter than everyone thinks he is. He revels in knowing men like Celtics owner Red Auerbach (Michael Chiklis) look down on him. That's what lights the fire in his belly to make them choke on their cigars.

And Buss places the NBA's most expensive bet on Michigan State point guard Earvin "Magic" Johnson (Quincy Isaiah), another man nobody's sure of, least of all Lakers' coach Jerry West (Jason Clarke). Both men prove their doubters wrong – Jerry by spending enough money to make the team's bean counter Claire Rothman (Gaby Hoffman) want to implode, and Magic by backing up his sparkling smile and flashy style of play with enough spirit and skills to win over the team's stoic captain Kareem (Solomon Hughes).

The showrunners and executive producer Adam McKay draw more inspiration from Buss' love for entertainment than his affection for the game. Nevertheless, there isn't much to quibble over with regard to the artistic license taken to scripting the interpersonal relationships between the players, their lovers and their family. The same goes with the narrative's reveal of personality facets of these men that the public didn't see, like Jerry West, whose devotion to the team is only exceeded by his angry outbursts.

If there are MVPs in this crowd of star performers – other than Reilly and Adrien Brody, who builds a more convincing version of Pat Riley than Jason Segel's take on Paul Westhead – that title belongs to Isaiah and Hughes.

These relative unknowns make the distinct personalities of Magic and Kareem their own without straying too far from the reality of who these men are. There's no getting around Magic's hobby of "spreading the love around" with many women, keeping a few on the hook to make sure his dishes get washed.

The downside is that the script neglects to explore Kareem's approach to balancing his faith with his love of his sport. Like Magic, we're kept at arm's length to wonder about all of that. 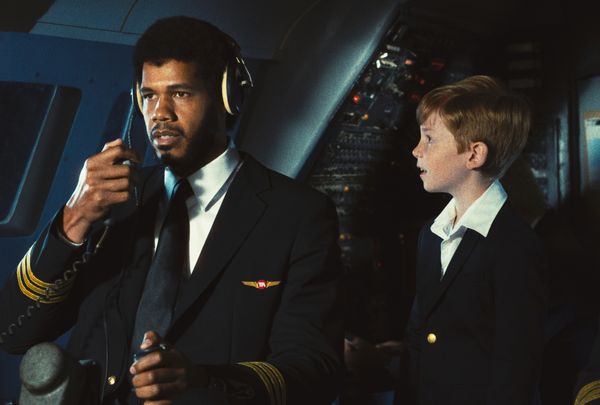 Solomon Hughes as Kareem Abdul-Jabbar in "Winning Time: The Rise of the Lakers Dynasty" (Warrick Page/HBO)Of the two, it is Isaiah who has more frequent opportunities to join Reilly in the production's frequent fourth-wall breaks, and indulgence overly used in the first episode as if to establish the play before pulling back in subsequent episodes. It's difficult to predict how people will receive this, but if you can get past the initial irritation you might come to embrace it as part of the show's stylistic swagger.

Such enhancements fit well in a story about a guy who injected a lot of Hollywood into a dying national pastime by shaping his corner of the world as he sees it, merging the two things in this world that make him believe in God: sex and basketball.

The main disappointment of "Winning Time" is the paucity of character development allotted to most of the women. Robinson, Field and Hoffman fare the best in this respect mainly due to their relationship proximity to Buss, the master of this domain. That Tamera Tomakili is not commensurately rounded out as Magic's eventual wife Cookie is a nonsensical airball, along with all the other underused women (including Julianne Nicholson and Gillian Jacobs) who are basically around long enough for you to recognize them from more complex works. 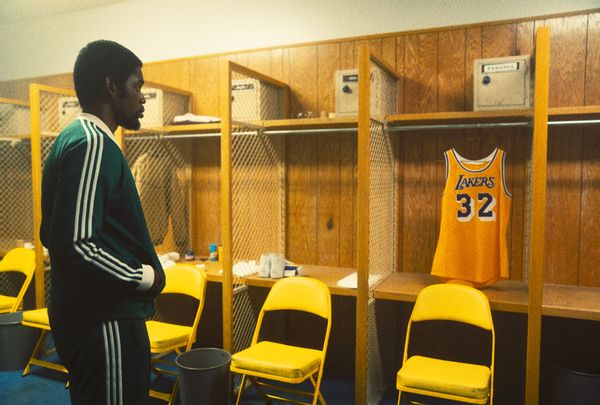 Winning Time (Warrick Page/HBO)Speaking from the perspective of someone who does not follow sports but grew up surrounded by feverishly devoted basketball worshippers, the fast pacing of "Winning Time" coupled with its grindhouse cinematic style won me over nevertheless. Then again, I'm not someone necessarily looking for an echoing well of emotion similar to what "The Last Dance" achieved.

That was about truth; this is decidedly a candy-coated fantasy giving a slice of professional sports history the bounce of street ball. NBA devotees may find plenty to critique, but fun-seekers could do a lot worse.