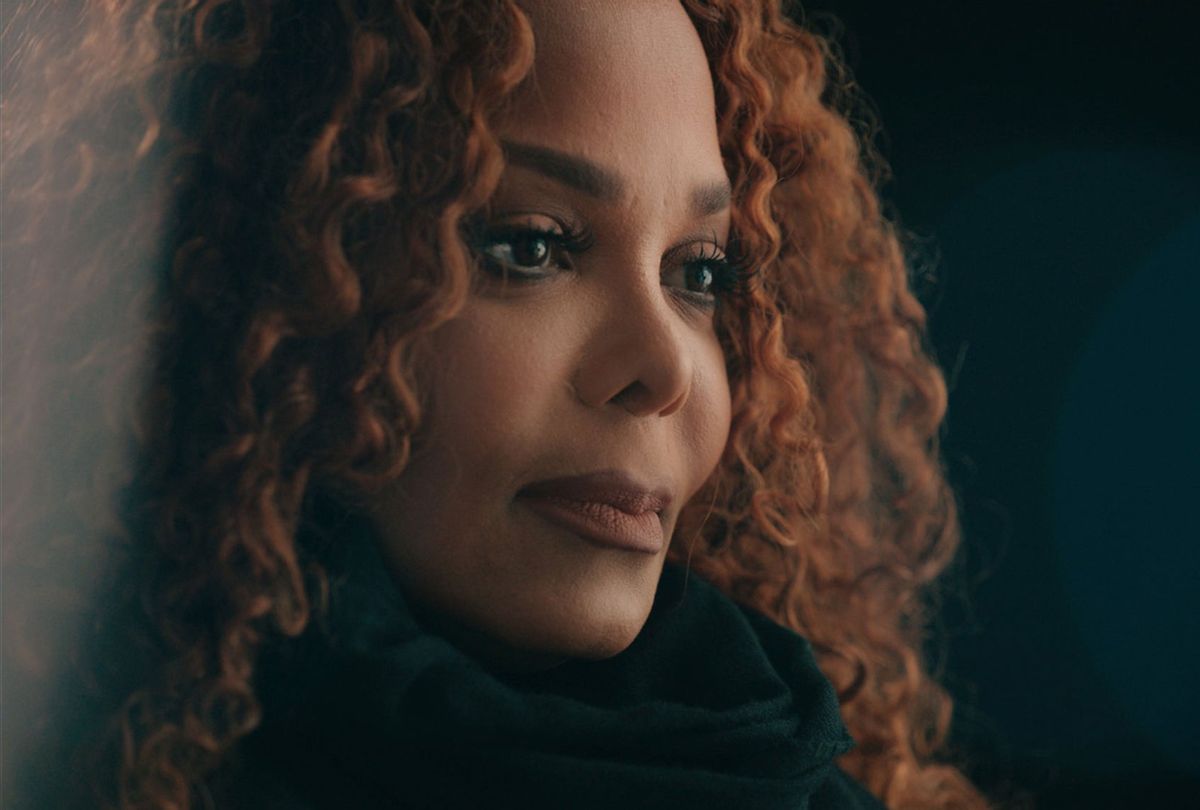 Lifetime's "Janet Jackson." is a choreographed dance partnering thunder and calm, appropriate to its subject and her life. Most of what we know of about her story has been told through external sources or incomplete passes like the "New York Times Presents"' recent analysis of the so-called "wardrobe malfunction" at the 2004 Super Bowl Halftime Show.

But the reality of Janet Jackson contradicts the picture conservatives and the entertainment media painted in the wake of that incident. She is a notoriously private person, which her four-part documentary's director Ben Hirsch acknowledges by contrasting her recessive personality against the screams and passion that greeted her everywhere she went at the height of her celebrity.

When such clips tear through the calm of the performer's confessionals, we appreciate how jarring fame is for a woman raised to be a performer despite her desire for a normal life – something she could never have as the daughter of Joseph Jackson and Michael's little sister.

RELATED: The injustice done to Janet Jackson isn't only in the past – "Malfunction" also falls short

"Janet Jackson." announces itself as the definitive, official perspective on the singer's life with the period at the end of the title even if, at 55, her career is far from finished. Quite the opposite – this examination of Jackson's life, executive produced by the artist and her brother Randy, arrives at a time when the six-time Grammy Award winner is positioned for a resurgence.

It's also a reminder of her family's incredible story along with a subtle invitation to reassess her place in that lineage. As a sibling, Janet was always closest to Michael and Randy. As performers, the world placed them in competition with each other. At the peak of her popularity, Jackson could not avoid being associated with Michael or treated by some as if the accomplishments she achieved on her own were somehow a reflection of his glory. That meant his legal and reputational tumbles became her problem as well.

Recognizing that they're completely different documentaries, and women, and lives, it may be helpful to describe the worth of "Janet Jackson." alongside last year's "Tina." If the power of that film is in taking us into the life of a woman permanently associated with surviving and overcoming, this gives us a celebrity and a woman, who we should appreciate more for her example of evolution and becoming that she gifted to a generation of young women.

Jackson played an important part in the larger society story of young women asserting their independence and agency over their bodies, their sexuality and their confidence. To young women won over by her story of cutting ties with her father and inspired to take the reins of their careers and lives, she is the blueprint, as Regina King succinctly puts it in the second hour.

Generation X grew up with Jackson, whose mass audience introduction came by way of roles on "Good Times" and "Fame" in her teens. Her 1986 album "Control" is credited for ushering in the New Jack Swing era of R&B, a sound defined in part by its producers Jimmy Jam and Terry Lewis.

In spite of this, Jackson did not receive a nomination for induction into the Rock and Rock Hall of Fame until 2016 despite being eligible in 2007, because her breast was accidentally exposed on national TV for nine-sixteenths of a second at that halftime show.

There aren't many record-setting, best-selling musical artists with No. 1 singles in the 1980s, 1990s, and 2000s who vanished off our radar as suddenly and unjustly as Jackson did, and even fewer of her caliber snubbed as harshly by the political arm of the entertainment industry.

The world still has ample love for her, confirmed in the participation of famous entertainers and confidantes present in "Janet Jackson" who share their perspective on what Janet means to them, to music and the wider culture. Those who watched the FX/New York Times project on Jackson and wondered where her supporters' voices were now have their answer.

Weighing in alongside luminaries such as Missy Elliott, Regina King, Debbie Allen, Samuel L. Jackson are collaborators such as Jam, Lewis, Paula Abdul, who choreographed videos for "Control," stylist Wayne Scot Lukas, and her ex-husband James DeBarge, among others.

According to what Lukas told Page Six in November, Jackson asked her associates not to participate in the other documentary, which is completely in line with what we'd expect from an artist who, understandably, keenly curates what the public sees of her.

Having said that, "Janet Jackson." is not lacking in intimacy, owing to Jackson's emotional openness which, at times, causes her palpable discomfort. As guarded as she is about her personal life, Hirsch coaxes forth enough vulnerability in her responses to help us appreciate the singular loneliness soaked into her identity.

"Does it ever feel like a burden, the Jackson name?" he asks her at one point. Jackson answers the question in that moment, but to anyone watching the entirety of that response is the substance of these four hours. 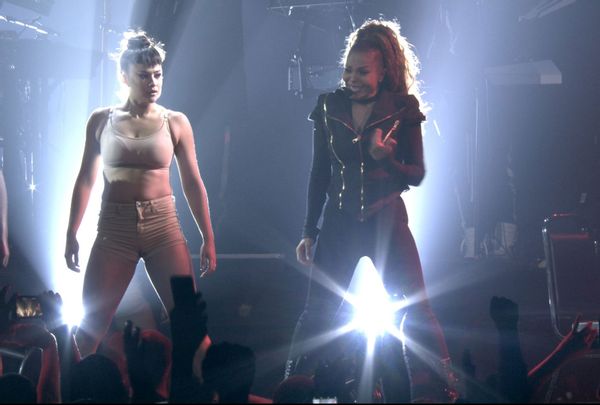 Fans created the #JusticeForJanet hashtag in 2017 in wake of the announcement of Justin Timberlake's planned return to headline the 2018 Super Bowl's halftime show, the same year that a documentary crew began filming Jackson's eighth concert tour and kept the cameras rolling for five years afterward. Hirsch distills that footage, alongside interviews and never-before-seen home videos filmed by Jackson's second husband Rene Elizondo, Jr. into these hours.

The net product is a polished defense of Jackson's impact as a separate entity from the machine her father constructed that also answers questions that have dogged her throughout her career.

Some is gossip she's obliged to dispel, including one about the secret baby she was alleged to have had with DeBarge during their very short, doomed marriage. Others address larger speculations she's contended with throughout her life, primarily regarding her relationship with Michael, to whom she was very close as a child.

In the main, the two hours provided for review strike a balance between introspection, rumination, and elation. The first half of the opening hour is pure biography, starting with a return to the Jackson's two-bedroom 670 square foot house in Gary, Indiana where Joe and Katherine Jackson raised their nine children with modest means.

Jackson would not make her professional debut until 1974, when the Jacksons performed in Las Vegas. Contrary to what most might assume, she reveals, "I don't ever remember being asked. I, um, just remember being put into it." This admission about her reluctance to claim the stardom her father envisioned for her becomes a through line in this work, and her frequent shifts in her chair and the hesitancy in her voice lets us know it is genuine, creating a fascinating stew of mournfulness and appreciation.

By authorizing the content and direction of the documentary, Jackson takes care to preserve and even somewhat redeem Joseph's legacy, one that other documentaries, specials and fictionalized versions of Michael's life have characterized as abusive. "Discipline without love is tyranny. And tyrants, they were not," she says. "They just loved us and wanted us to be the best that we could possibly be. Obviously it worked."

Janet, Randy, Tito and Rebbie, the only siblings to appear in the first two episodes, do not deny their father's disciplinarian bent or his unrelenting dominion over his children's lives.

Tito admits a touch of shock in looking back at their father's insistence that Janet perform. Nevertheless, he says, "If he hadn't done it, we wouldn't haven't gotten Janet Jackson."

That woman's emergence dominates the second hour, closing on an emotional peak designed to make the choir applaud or sing along. That's said without a note of sarcasm – it truly is an enlivening, stand-the-hell-up sequence for anyone who appreciates "Rhythm Nation" as a universal banger.

A teaser for the third hour hints at a deep dive into how Jackson's survived the whirlwind emerging from the child sexual abuse allegations made against Michael and his subsequent reputational reversal beginning in the early '90s.

Given the close familial bond Hirsch and Jackson establish in the first two episodes it's doubtful that any unexpected revelations about her relationship with Michael will come out in that hour. (Early in the documentary she hints that their relationship began to change around the time that 1982's "Thriller" was released.)

If there are any surprises in the second half of "Janet Jackson.", which was not available for review at press time, it may lurk in the list of interviewees discussing how the 2004 Super Bowl Halftime performance negatively impacted Jackson's career.

Timberlake hasn't filmed anything recently about his role in participating in and profiting off of Jackson's unofficial exile from broadcast and radio. Between the preview trailer's inclusion of a 2018 scene confirming he reached out to her and the fact that they share the same publicist, it's not unreasonable to surmise that his participation is being kept under wraps until that episode debuts.

If Timberlake does appear, it should be in service of restoring her to her rightful place in pop culture's firmament instead of repairing his mildly dented image. The level of command with which Jackson and Hirsch shape this piece indicates that the audience shouldn't expect otherwise.

Above all, "Janet Jackson." is a reminder that behind all the achievements, personal setback  and the drive for artistic excellence is a human being who didn't always feel like her life lived up to the title of her musical  breakout.

"Control" and its 1989 follow-up "Rhythm Nation 1814" shattered sales records and officially lifted Janet out of her brother Michael's shadow. She's the first woman nominated for the Grammy's Producer of the Year award, and still holds the record for the biggest debut tour in history.

And yet in the opening scene of her documentary, as her limousine drives her past an arresting black and white mural of the Jacksons watching over a main street, it only includes her five oldest brothers.

In the moment, she isn't fazed. "Oh look! I've never seen this. Turn the camera around . . . Oh I love that," Jackson says, happily, before she starts to cry. "That's so sweet. They're all looking upward. Except for Mike, he's looking straight out. Always so nosy."

That tribute was demolished along with the building upon which it was painted in November 2020, which is unfortunate. But it also presents an opportunity for a future version include their youngest sister. She always deserved to be up there with the rest of them.