A year after being removed from the Academy of Country Music Awards ballot, Wallen takes home a trophy 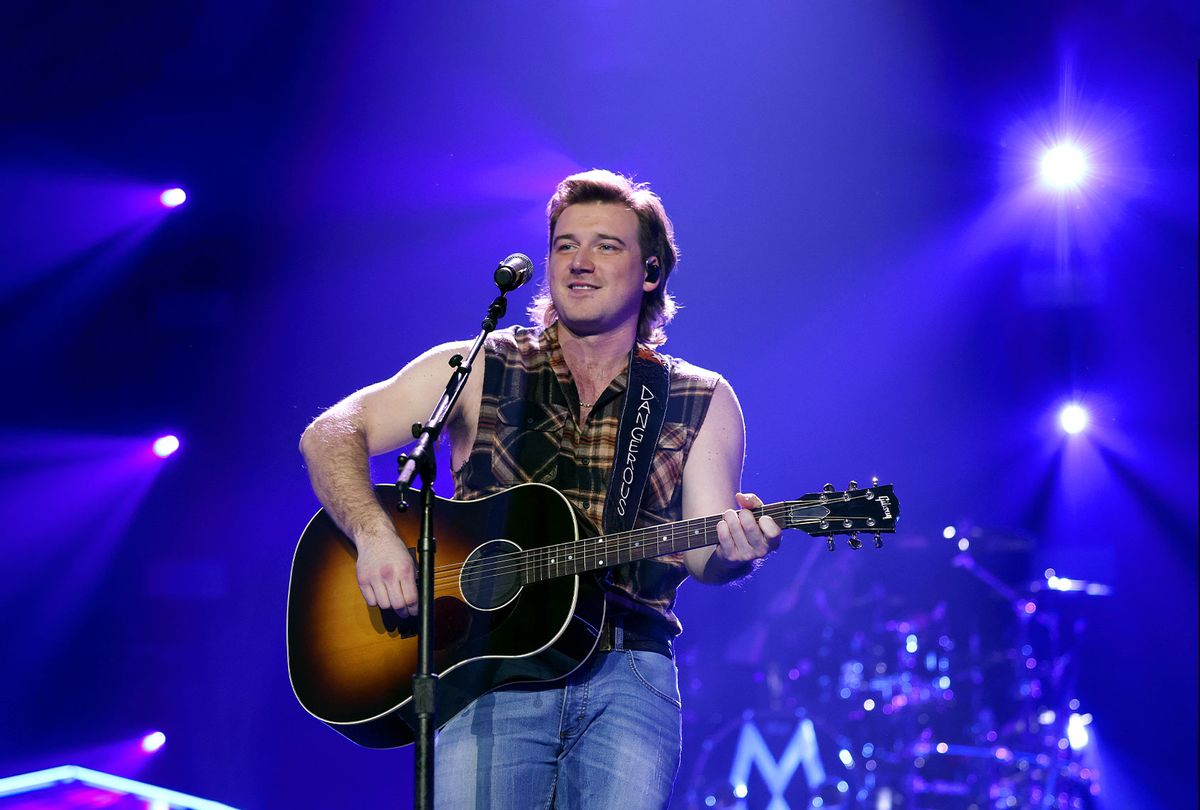 "When I started this album, I was a kid. By the time I put it out, I was a father — and that's become more important to me than anything else," Wallen said in his acceptance speech. "To my son, this album and this award will signify that his daddy was a fighter and that he chased his dreams and worked hard to make them a reality."

Wallen then thanked the team of songwriters, producers and musicians who worked on "Dangerous: The Double Album." He concluded his remarks with a shoutout to his fans and Jesus Christ.

RELATED: Breaking down the "Bro country" walls: The year country music's women fought back against "take females out"

Left unmentioned was the scandal that resulted in Wallen's removal from the ACM awards ballot only a year ago. Last February, the singer was indefinitely suspended by his record label and dropped from radio stations after he was caught on tape uttering a racial slur and other profanities.

At the time, fellow country music star Mickey Guyton condemned not only Wallen but the industry as a whole.

"When I read comments saying 'this is not who we are' I laugh because this is exactly who country music is. I've witnessed it for 10 gd years," Guyton wrote a series of tweets. "You guys should just read some of the vile comments hurled at me on a daily basis. It's a cold hard truth to face but it is the truth."

"I question on a daily basis as to why I continue to fight to be in an industry that seems to hate me so much," she added. "But then I realize there is a new artist of color, all bright eyed and excited to be in this industry."

After sharing a list of country musicians who have continued to support her, Guyton concluded her thread by addressing "cancel culture."

"And lastly, I do not believe in cancel culture. Watching anyone fall from grace is a terrible thing to see," she said. "People must all be given a chance to change. Morgan must feel the weight of his words but completely throwing someone away is detrimental to anyone's mental health."

"Hopefully, those of you always complaining about cancel culture with STFU bc Cancel culture isn't real and Morgan is exhibit A," Complex wrote.

Wallen's comeback was driven by fans, who boosted sales of his music in the aftermath of the controversy.

"The fans had the ultimate decision and they clearly decided they were Morgan Wallen fans," Billboard's Melinda Newman told CNN in February.

"There's been a lot of talk that says, if you supported Morgan Wallen and continued listening to his music, you were racist and I don't think it's that easy," she added. "I think it's a much more complex issue than that."

Wallen apologized for his remarks last year and reportedly fulfilled a pledge to donate $500,000 to Black-led organizations.

"I'm embarrassed and sorry. I used an unacceptable and inappropriate racial slur that I wish I could take back," he said in a statement. "There are no excuses to use this type of language, ever. I want to sincerely apologize for using the word. I promise to do better."