Whether banana cream or coconut, a slice of pie has the power to transform an everyday meal into something magical 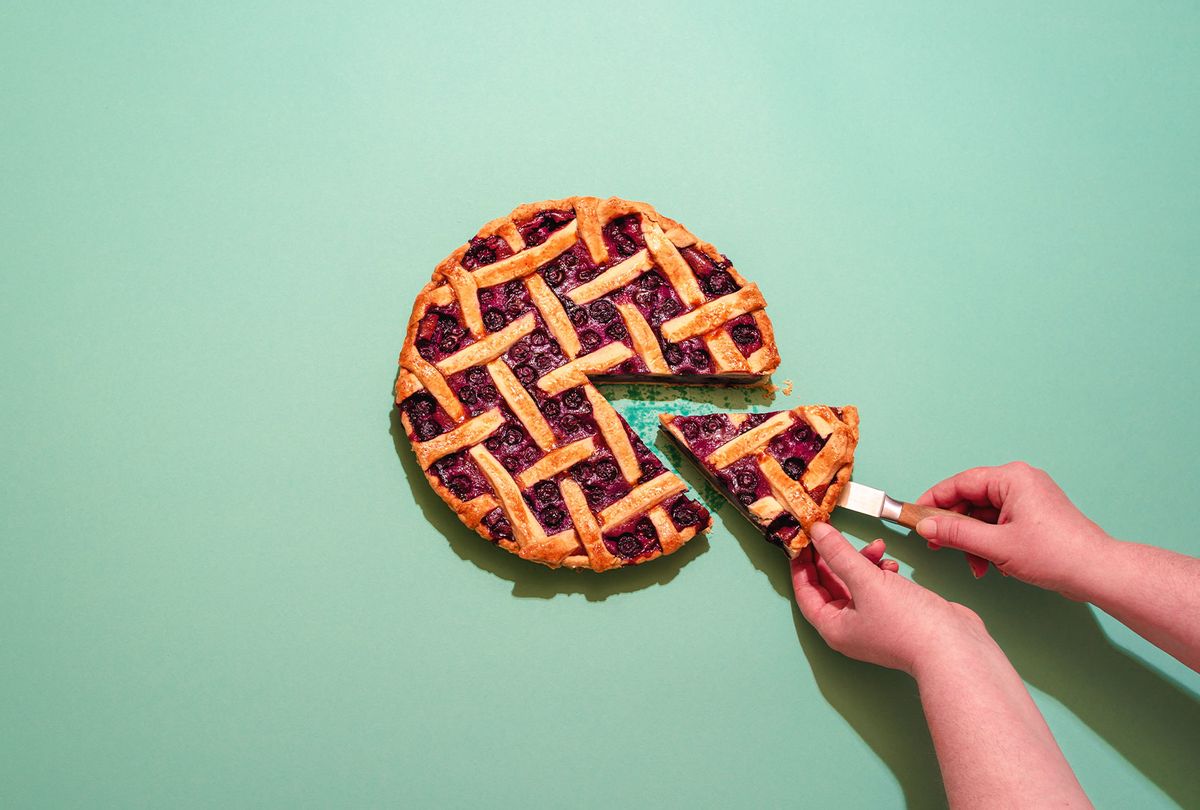 Pie transforms any meal into something special, according to pie expert, bakery owner and pastry chef Petra (Petee) Paredez.

"I think that one of the ways that pies transform a meal is that it's a dessert that everybody shares, and we kind of want to share dessert," Paredez said on Salon Talks in 2020. "When you're at a restaurant, dessert is the thing you're most likely to share."

"And it's this joyful sort of indulgence," she continued. "It feels good to share as an experience with somebody."

In honor of Pi Day — a holiday first celebrated by mathematicians in 1988 San Francisco as a nod to 3.14, the first three digits of the ratio of a circle's circumference to its diameter — here are 5 of our favorite pie recipes from the Salon Food archives, ranging from new twists on classic flavors to bite-sized treats fit for a crowd.

Paredez told Salon's Joseph Neese that when it comes to fruit pies, "you want to just amplify the flavors that are already there." Her maple-butter apple pie is a perfect example of this guiding principle. Maple syrup plays up the inherent sweetness of the peeled and sliced apples, while browned butter adds an extra dimension of caramelization that augments the warm baking spices traditionally found in apple pie like nutmeg, cinnamon and cardamom.

Oh, and don't leave off the cornmeal-nut crumb, which adds an addictive textural bite to the pie.

RELATED: If you follow these four steps, you'll get a perfect pie crust every single time

When Salon's Mary Elizabeth Williams dove into the cookbook "Black, White, and the Grey: The Story of an Unexpected Friendship and a Beloved Restaurant," she kept pausing on the dish that "contained the highest volume of words that made [her] drool."

That dish was salted honey chess pie. It's a 10-ingredient wonder that comes together in no time. It's also crust-optional, which is perfect for pie lovers who prefer not to mess with fiddly crust and blind baking.

Looking for something in the bite-sized category? Try Williams' crumbly mini banana cream pies, which are based on a cookie from the cult-favorite bakery Crumbl.

"I was intrigued by the banana cream pie cookie," she writes. "The thought of 'creamy, smooth banana pudding stuffed into a buttery pie crust and topped with a vanilla wafer' really called to me." Her version cuts a few corners — including using pre-made crust and pudding — to get dessert on the table in no time.

Bibi Hutchings' mom had a knack for creating beautiful desserts to gift on holidays or special occasions. It took Hutchings a little while to cultivate that same skill, but once she did, her mom's coconut pie became a key part of that gift-giving rotation.

"This easy-to-make pie bakes to a gorgeous golden color; and it's never runny, always divine when it comes out of the oven," she writes. " In fact, it's so pretty that you'll be proud to gift it to even the most discriminating person on your list."

"The perfect pecan pie (it's pronounced 'pah-KAHN,' by the way) has been a longtime tradition in my family," Hutchings writes.

This pecan pie is made from only 7 super traditional ingredients, including light Karo and melted butter. It's best served warm alongside some bourbon-spiked coffee.

Even more slices of pie to enjoy: