Big changes are coming to Starbucks. Here's everything you need to know

Howard Schultz is in, and single-use cups are out 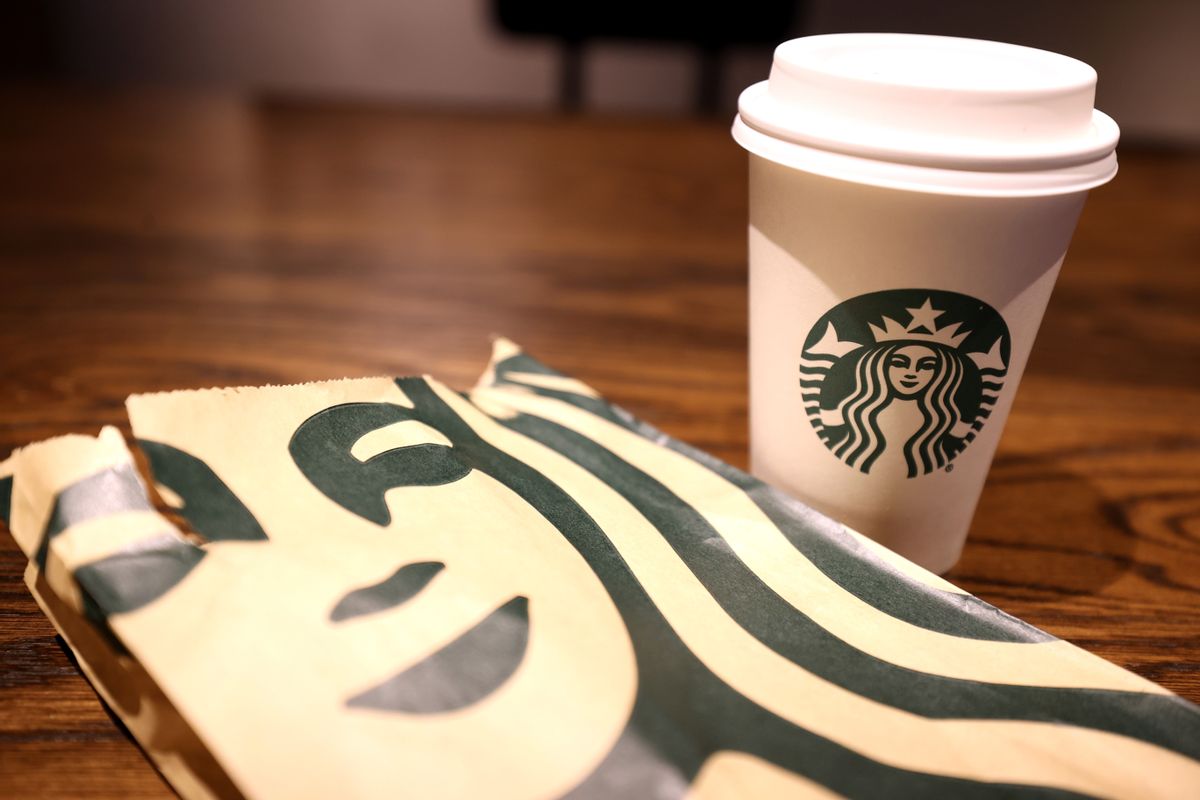 The Starbucks logo is display on a cup and bag at a Starbucks store on October 29, 2021 in San Francisco, California. (Justin Sullivan/Getty Images)
--

For Starbucks, big changes are on the horizon.

Howard Schultz is coming back, while single-use cups are being phased out.

And those are only a few of the headlines that poured into the news this week in the run up to the coffee chain's annual shareholders meeting.

Here are four things to know, plus a look back at when we unpacked the mystery of the $7 Starbucks macchiato:

The head of Starbucks is stepping down

Kevin Johnson, the president and CEO of Starbucks, is retiring on April 4. The move was made public in the hours leading up to Wednesday's shareholder event.

Johnson said he previously "signaled" a desire to step down once he had determined that Starbucks had sufficiently weathered the COVID-19 pandemic.

"A year ago, I signaled to the Board that as the global pandemic neared an end, I would be considering retirement from Starbucks," Johnson said in a statement. "I feel this is a natural bookend to my 13 years with the company."

Johnson, who spent five of those 13 years as CEO, leaves with profits back on track. In the final quarter of 2021, sales were up 11% over the fourth quarter of 2019, according to National Restaurant News.

In the meantime, Howard Shultz is returning

Schultz, the longtime former leader of Starbucks, is stepping into the position of acting CEO as a volunteer. The billionaire's compensation will be $1.

Schultz will remain in the role until a permanent replacement is found. The Starbucks Board of Directors anticipates that a new will be announced by the fall.

Union wins continue to rack up

At the shareholders meeting, Starbucks Board Chair Mellody Hobson acknowledged the recent unionization push by Starbucks employees, who are referred to as "partners."

"We hear the feedback, and we are committed to finding new ways to enhance and elevate what we call the partner experience," Hobson reportedly said. "We truly believe the company has and can continue to deliver far more in direct partnership with our people."

As Salon's Manuela Lopez Restrepo earlier reported, however, workers have "described union busting tactics from their employer, which included the shutdown of stores amid organization efforts, as well as the switching and transferring of employees in attempts to deter them from continuing their organization efforts."

Those efforts are moving forward. Last week, three more Starbucks stores in New York successfully voted to join the union Workers United. This week, the National Labor Relations Board issued a complaint against the coffee company.

Single-use cups are on the way out

Starbucks runs through roughly 7 billion disposable cups every year. However, the company wants all customers to use reusable cups by 2025 — which they will either bring from home or be provided.

What changes can customers expect to see in the meantime? "By the end of next year, Starbucks customers will be able to use their own personal reusable cups for every Starbucks order in the United States and Canada," Amelia Lucas reported for CNBC. "That includes drive-thru and mobile orders, which are currently excluded."

While Starbucks has offered a 10-cent discount on every order prepared in a personal cup or mug since the late 1980s, the company is about to see how customers react to new financial deterrents, like a fee for single-use cups, and incentives, such as a 50-cent discount for bringing a personal mug.

While we're on the subject of Starbucks . . .

Michael Karlis compared the prices of his go-to Starbucks order in America's 30 largest cities. The results surprised him, and they'll likely surprise you, too.

You can read "Unpacking the mystery of the $7 Starbucks macchiato" by clicking here.