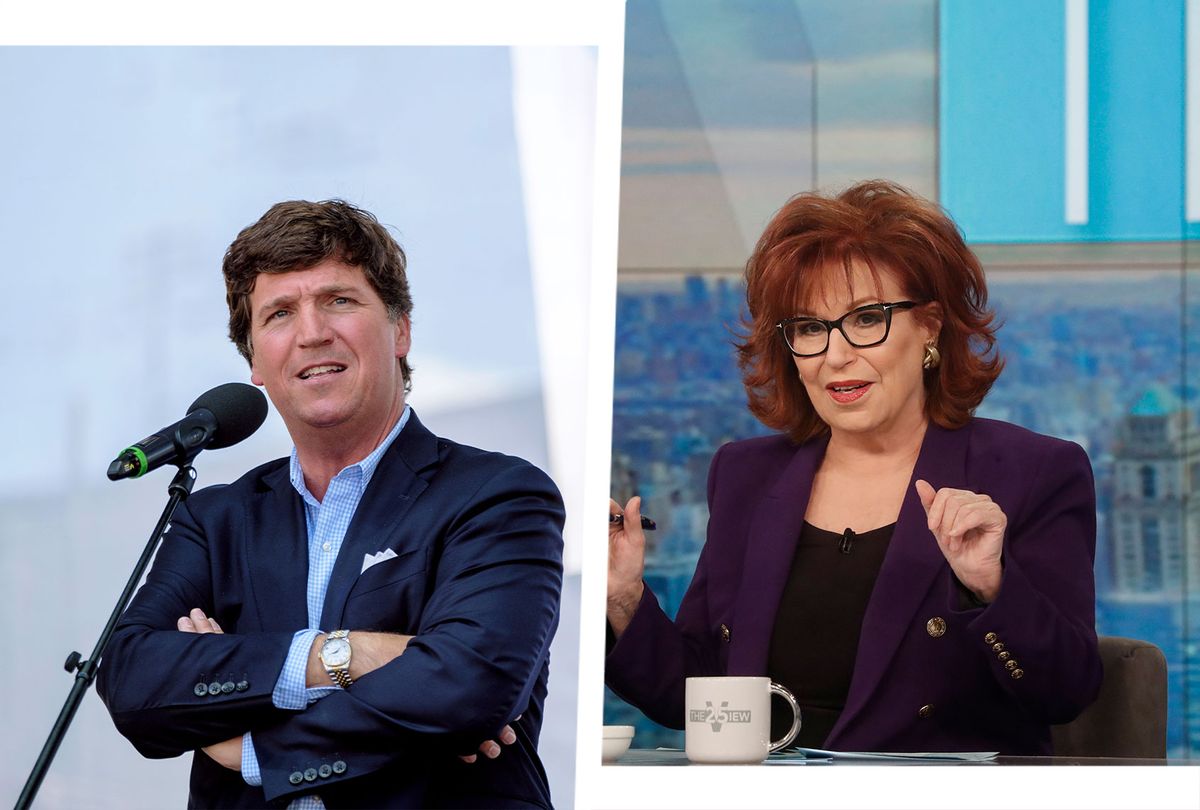 On Tuesday's episode of "The View," its hosts discussed the ongoing military invasion of Ukraine, specifically blasting the overwhelming spread of propaganda and misinformation fueled by local and Russian state media.

In the segment, Whoopi Goldberg hails the courage of Russian TV journalist Marina Ovsyannikova, who had made headlines this week for interrupting a live news broadcast to protest the Ukraine war.

"Now, will these acts of defiance be a key factor in ending this conflict?" Goldberg asks.

Sunny Hostin agrees and addresses the censorship in Russia, where civilians can no longer access social platforms and various news sites except for state television.

"It's ironic that a Russian woman [Ovsyannikova] tells the truth about it and a couple of Americans in this country are being used as pawns over there and telling lies to the Russian people," Behar laments.

Hostin also mentions Russia's newly signed law, which prohibits uncensored media coverage of the invasion by blocking foreign news outlets and punishing individuals who spread anything deemed as "false information" regarding the war with up to 15 years in prison. Per The New York Times, the legislation also criminalizes the usage, whether it's written or spoken, of the terms "war" and "invasion" — "special military operation" is to be used instead.

Guest co-host Alyssa Farah Griffin, who previously served as the White House Director of Strategic Communications during the Trump administration, then blasts Russian President Vladimir Putin, claiming that "many of his true enemies are within Russia."

"The Russian people do not want this conflict," she says. "So any way that we can get real information to them…their boys and girls are going to die in a conflict that they have been lied to about what it's about."

Goldberg proceeds to revisit Ovsyannikova and her efforts.

"This is a mother of two. It is more important for her to get the word out to the Russian people that they are being lied to," Goldberg says. "It is worth it to her to make sure the truth is out there. Keep in mind what it takes to tell the truth and demand it."

Before the segment's conclusion, Hostin points out that "misinformation campaigns" were also successful throughout the Trump administration and afterwards too.

"We've always had misinformation, particularly when we've sent our children . . . to war," Goldberg emphasizes. "We've had a lot of misinformation to break people's spirits, but that's not what's happening here. People's spirits will not be broken…the truth is more important, and I like that."

Watch the full clip below, via the show's YouTube.