William Hurt and the silent epidemic of abuse 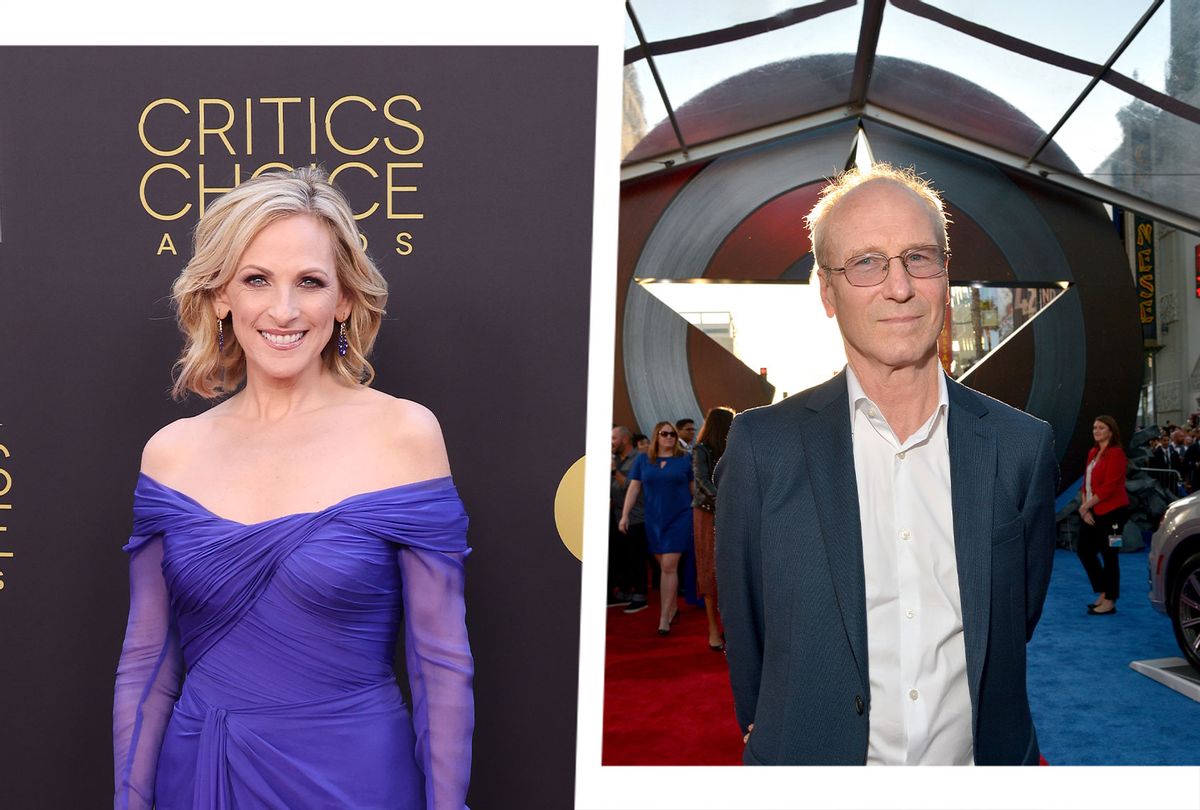 When William Hurt died on March 13, the 71-year-old actor left a legacy of roles in films like "Broadcast News," "The Big Chill" and "Kiss of the Spiderwoman," for which he won an Oscar. He also left a legacy of being accused of abuse.

The mother of one of his children and his former girlfriend, Sandra Jennings, alleged in court that Hurt subjected her to "violent physical and verbal" abuse, including hitting her in the face while she was holding their infant son. Another ex-girlfriend of Hurt's, actor Marlee Matlin, accused of Hurt of abuse over their two-year relationship, which started when she was just 19 and he was 35, including physical abuse, psychological abuse and rape.

While both women faced denial and scorn over the years, with fans refusing to believe Hurt could be violent toward women — and the actor suffering no career consequences — the claims of abuse by Matlin, who is deaf, lifts the veil on an ignored epidemic: the abuse of disabled women.

Women who are disabled are 40% more likely to be victims of intimate partner violence than women who are not disabled, as reported by the American Psychological Association. In one year alone, 27% of domestic violence offenses were committed against disabled women.

According to the Department of Justice, those who are disabled are also three times more likely to be sexually assaulted than those who are not disabled.

Disabled women are abused more than non-disabled women for a variety of reasons. As a person who is half deaf, I lack spatial awareness myself. I can't tell where sound is coming from, and it's very easy for someone to sneak up on me. My disability has also prompted anger in strangers finding themselves unable to communicate with me. Abled partners have become frustrated by my inability to follow their spoken conversations or to understand them.

Disabled people were more likely to be isolated before the pandemic, especially those of us lacking disability community or people we can communicate with easily. But since the pandemic, immunocompromised, high-risk and disabled people have been more confined to their homes, unable to reach out safely or to get help. Domestic violence has increased across the board since the pandemic as more victims became trapped at home with their abusers. Disabled women may face abuse from caregivers, including family, intimate partners and people who live with them.

As disabled women sometimes lack access to the outside world, the abuse suffered by them may take different forms, forms not always familiar to the non-disabled population. This can include the withholding of food, the denial or destruction of devices like hearing aids or wheelchairs, denying or forcing medication or forcing a disabled person to stay in soiled clothes or bedsheets.

In the case of Matlin, who lost much of her hearing when she was a toddler, she alleged that Hurt emotionally abused her the night she won an Oscar for their film film "Children of a Lesser God," for which he was also nominated and did not win. After the ceremony, she claims he berated her: "Do you really think you deserve it?" She said she feared winning for this reason, dreading a violent response from him. The two had met on the set of that film when Matlin was still a teenager (and a fan of his work). Along with beatings, Matlin alleged Hurt also raped her when he was drunk. Hurt went into treatment for substance abuse multiple times.

Matlin made these allegations in her memoir "I'll Scream Later," published in 2009. But decades before, in documents for the court case involving Hurt's ex-girlfriend Jennings, the claims of abuse by Matlin was brought up. As the Chicago Tribune reported at the time, "Jennings says she learned of this [abuse] from her son, who indicated to her that he saw Hurt kicking Matlin during his visits with his father."

It's said that Jennings  had two abortions during her relationship with Hurt — the second, as People reported, because Hurt "was beating her up so much."

Why didn't anyone do anything? In "Children of a Lesser God," bruises can clearly be seen on Matlin's leg, bruises that have nothing to do with the character or story, but were likely inflicted upon the actor in real life. While Matlin says the emotional abuse continued on set, she wrote that the film's director "came to believe that it was all just a part of Bill's process, that he needed conflict."

Talented men being given a pass for abuse is nothing new. Neither is victim-blaming. The People cover story about the allegations against Hurt is titled "Crimes of the Heart." Matlin's publisher described the relationship in her memoir as "passionate and tumultuous." When Matlin went on CNN, interviewer Joy Behar asked the actor: "Was it love? Was it lust?" and brought up "spectacular" sex with Hurt.

(In HBO's two-part documentary "Phoenix Rising," Evan Rachel Wood also points out how the headlines glorified her relationship with Marilyn Manson, who was 18 years her senior, as a rock star "other woman" romance.)

Upon Hurt's death, a remembrance in the Washington Post, which makes no mention of the allegations, was headlined: "William Hurt was a serious actor, with all the baggage the term entails."

Even when your abuser is not a famous, rich and beloved actor, it is very difficult to leave. An abuser may cut off a victim financially as well as emotionally; isolating a victim from support is a big part of abuse. Someone in an abusive situation may not have access to their own money, phone or transportation. They may not have anywhere to go or the means to get there. Friends and family often do not believe victims. Psychological abuse, including gaslighting, causes victims to doubt even their own reality. And not all abuse leaves visible bruises.

Forcing a victim to depend upon their abuser is a form of manipulative control. But for women who are disabled, leaving is even more fraught. Disabled women may need a wheelchair, accessible van or other assistive devices to leave. Due to high rates of unemployment, underemployment and low incomes, people with disabilities are also much more likely to live in poverty, lacking the resources to escape.

The day Hurt died, Entertainment Tonight questioned Matlin about him on the red carpet for the Critics' Choice Awards. Her measured response – "We've lost a great actor . . . He taught me a great deal as an actor,"— was painted by many news outlets as positive. "Marlee Matlin pays tribute to ex William Hurt" was one headline.

It doesn't seem like we've learned much about the dance women sometimes have to do to stay alive, to work. We believed women even less 13 years ago, when Matlin's memoir was published, than we do now. But a disabled woman speaking about her experience is still a truth too uncomfortable for most people to hear, especially those who are abled. As Julia Métraux, a disabled journalist, wrote: "We should reflect on what happens when abuse is a footnote." Disabled women die when no one listens.