While the two-part documentary highlights what the law doesn't understand about rape survivors, it does offer hope 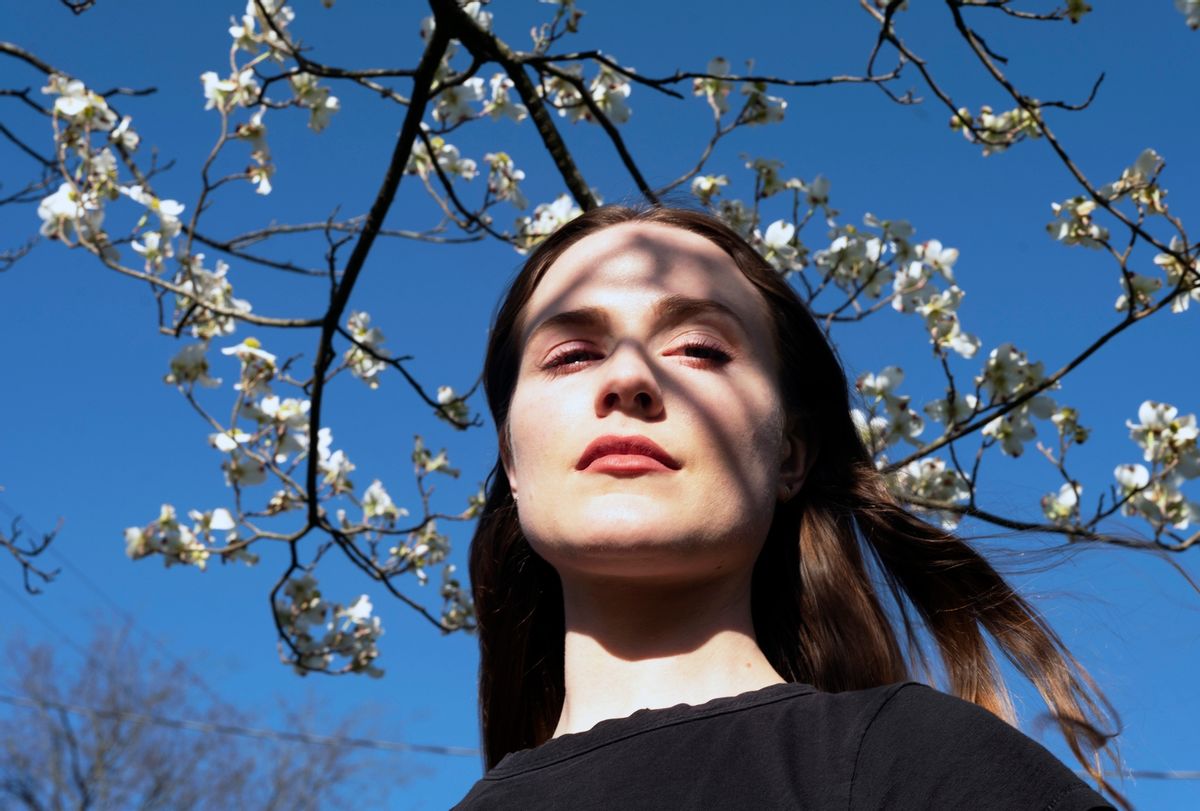 HBO's "Phoenix Rising" holds a plethora of enraging, nauseating details about Marilyn Manson's violent dark side. Few are as sobering as those when Evan Rachel Wood reminds us of how their abusive relationship – and, by extension, her reputation – were commodified into tabloid fodder.

In the two-part documentary's second episode, Wood recalls that her relationship with Manson went public in early 2007 via an Us Weekly story titled "Evan Rachel Wood's Bizarre Love Scandal."

At this point Manson was one of the biggest rock stars around and married to pin-up and burlesque icon Dita Von Teese. Wood's acting career had only begun to catch fire via a string of "troubled teen" roles. Although she'd been designated one of Hollywood's "It" girls, the power differential was plain for anyone to see. But as the article demonstrated, nobody had an eye on such things. Instead, the magazine's angle positions Wood as part of a "crazy love triangle" pitting her against Dita.

In a tiny blurb in the corner, she points out, the reporters mention Manson's terrible temper, his "increasing use of drugs and alcohol," and the fact that he would throw and break things. But, she says, that's not what the article was about.

Its larger point, along with the barrage of headlines that followed, was to trashing an up-and-coming starlet as a homewrecker. Manson's sexually explicit video for "Heart-Shaped Glasses," in which she stars, only boosted that engine.

By this point in "Phoenix Rising" Wood and her family have described how traumatic that experience was, which makes reading the horrified headlines especially shameful. Recently Wood alleged that Manson raped her while the cameras were rolling on the music video. Back then, gossip aggressor Perez Hilton merrily branded her "Evan Rachel Whore," scrawling "yuck" and "ho" over her photograph.

While all this was happening, Wood was being gaslit, brainwashed, verbally assaulted and isolated, she says. Manson's mental and physical torments quickly escalated afterward.

And while the public regarded Wood and Manson as a tumultuous on-again-off-again couple who were involved until 2011, the experience she recounts in "Phoenix Rising" is that of a cult's captive and domestic abuse survivor. What onlookers salaciously viewed a break-up she describes as a final escape. The sickening part is that her living nightmare was packaged as entertainment news and celebrity gossip.

This is something of a grand tradition in the American entertainment industry, certainly when it comes to rock stars. In the same way that Tina Turner spent years dealing with reporters pestering her to relive her physical abuse to give them fresh quotes, Wood and Manson were treated like a dirty titillation.

Now Wood stars in "Westworld," a role she took on after a recurring part in "True Blood" gave her career a second wind. Her life and stardom are entirely in her control. Regardless of this, as we see in "Phoenix Rising," she has real reasons to be deathly afraid that Manson and his fans will harm her, her fellow accusers and her collaborator and fellow activist Illma Gore. His faithful have bombarded her with death threats. Other survivors, some of whom appear in the documentary, report being watched.

So when she begins her telling with, "I'm here to talk about Brian Warner . . . also known to the world as Marilyn Manson," this should be taken as a risky leap into what could become a very bloody battle.

(Manson, through his attorney, insists that Wood's claims and those of his other accusers are false. He recently filed a defamation suit against Wood and Gore in Los Angeles County Superior Court, ahead of their documentary's HBO debut.)

Some may be tempted to lump in "Phoenix Rising" with the many recent documentaries about exploitative institutions and famous people accused of rape and sexual misconduct, falsely believing Wood's account to be another version of the same story.

This is only true in the most general sense, in that each predator employs their fame and power to gain their victim's trust.  However, "Phoenix Rising" also proves how each of these documentaries provides new information about the ways that rape culture, and our acceptance of it, proliferates in society and our collective mindset.

Wood publicly named Manson on February 1, 2021 via an Instagram post. This occurred years into a recovery process that led her to testify before Congress in February 2018 in support of the Sexual Assault Survivors' Bill of Rights Act. A year later she lobbied California's Senate to pass The Phoenix Act, which she hoped would extend the statute of limitations on domestic violence felonies from three years to 10. (Gov. Gavin Newsom eventually signed The Phoenix Act into law, although the extension was only expanded to five years.)

All the while, she refused to name her abuser – a decision that was becoming less tenable as reporters began putting the pieces of her relationship history together.

"Phoenix Rising" joins her in the heat of this as she's working with Gore to reconstruct the shards of her memory prior to naming Manson, an endeavor director Amy Berg illustrates with creative sensitivity.

Berg has a track record with mindfully examining influential institutions' histories of enabling or covering for sexual abusers. First came 2006's "Deliver Us From Evil," a searing examination of the Catholic Church. In 2014 she produced "An Open Secret," in which five former child actors open up about the sexual abuse they experienced while working in the industry.

Her and Wood's approach in "Phoenix Rising" seems more singularly focused, if one doesn't consider how the allegations against Manson are reflective of the music industry's broader refusal to act upon accusations of rape and sexual misconduct that have been made against multiple artists.

But if "Surviving R. Kelly" demonstrates how cavalierly Black women are dismissed by the justice system, and W. Kamau Bell's "We Need to Talk About Cosby" dissects the ways its subject carefully exploited his fatherly image to operate for decades as a serial rapist without suffering any consequences, "Phoenix Rising" explains why survivors can take years to come forward.

We may think we know the answer to that, given the common refrains among Bill Cosby's and Harvey Weinstein's accusers about career retaliation and the destruction of their reputations. But what Wood and the other people who survived Manson want people to realize is that it takes years for trauma sufferers to fully grasp that terrible crimes have been committed against them.

And in Wood's case, her torment was disguised as a rock n' roll romance, akin to the way Manson's anti-Semitism and racism is camouflaged as artistic irony employed for shock value.

In sections, Berg envelops Wood's straightforward account and those of fellow survivors in a dreamy, Lewis Carroll-inspired veil. In doing so she captures the gothic style of Manson's world through the perspective of the girl Wood describes she was and others thought her to be before she met him. By liberally weaving Nicoletta Ceccoli's hazily surreal animations throughout each episode along with photos of Wood pre- and post-Manson the film tumbles us into an interregnum between innocence and morbid terror.

Recall, too, that Wood's relationship with Manson took place within the same decade that the media transformed Britney Spears from a virginal pop starlet into "Crazy Britney," an out-of-control woman incapable of managing her life and business affairs. Spears was an international superstar then, while Wood's film career had barely taken off.

What chance did she have for her abuse claims to be heard or believed, let alone understood, back then?

At several points in "Phoenix Rising," Wood uses Manson's own words from his memoir both to back up her allegations and show that he's also a broken, damaged person. This is done as much from a place of empathy as anything else, similar to her reason for doing the documentary in the first place.

The actor stresses that she knows it is too late for her story to result in criminal charges but, by coming forward, she hopes to warn potential victims and perhaps inspire authorities to take other victims' accounts seriously and stop Manson.

Her personal reason for making "Phoenix Rising" exists in tandem with its broader purpose of explaining why laws surrounding the reporting of domestic violence felonies are inadequate. As she explains, the first few years of her recovery were spent running – from Manson and his followers' threats, but also from her memories of his torture.

Bravely she lets the audience witness the pain she undergoes reliving the worst of her experiences while also providing glimpses into the ways that she's healed, through her fellowship with other survivors and the loving bond with her parents, brother and her son.

In that respect, "Phoenix Rising" leaves us with a sense of hope, at least from where Wood stands.  As the documentary reminds us at the end of both parts, authorities have launched an investigation into the claims against Manson but to date, no charges have been brought against him.

But her voice has been joined by a chorus of women, including "Game of Thrones" star Esmé Bianco. Manson's label Loma Vista dropped him, as have his manager and his agents. His acting career also stalled out after Starz "American Gods" and "Creepshow" cut their plans to have him appear.

None of this guarantees that Manson's accusers will gain justice or that the rocker's career or image are irreparable. But it does grant those he's alleged to have harmed a hearing, and the rest of us something else to consider when we're reminded to believe survivors – including those initially cast as villains by the Hollywood gossip machine.

The two-part "Phoenix Rising" airs Tuesday and Wednesday, March 15-16 at 9 p.m. on HBO. Both parts are available to stream on HBO Max. Watch a trailer for it below, via YouTube.