Riz Ahmed rapping and a dark comedy about prison: A look at the Oscar-nominated live action shorts 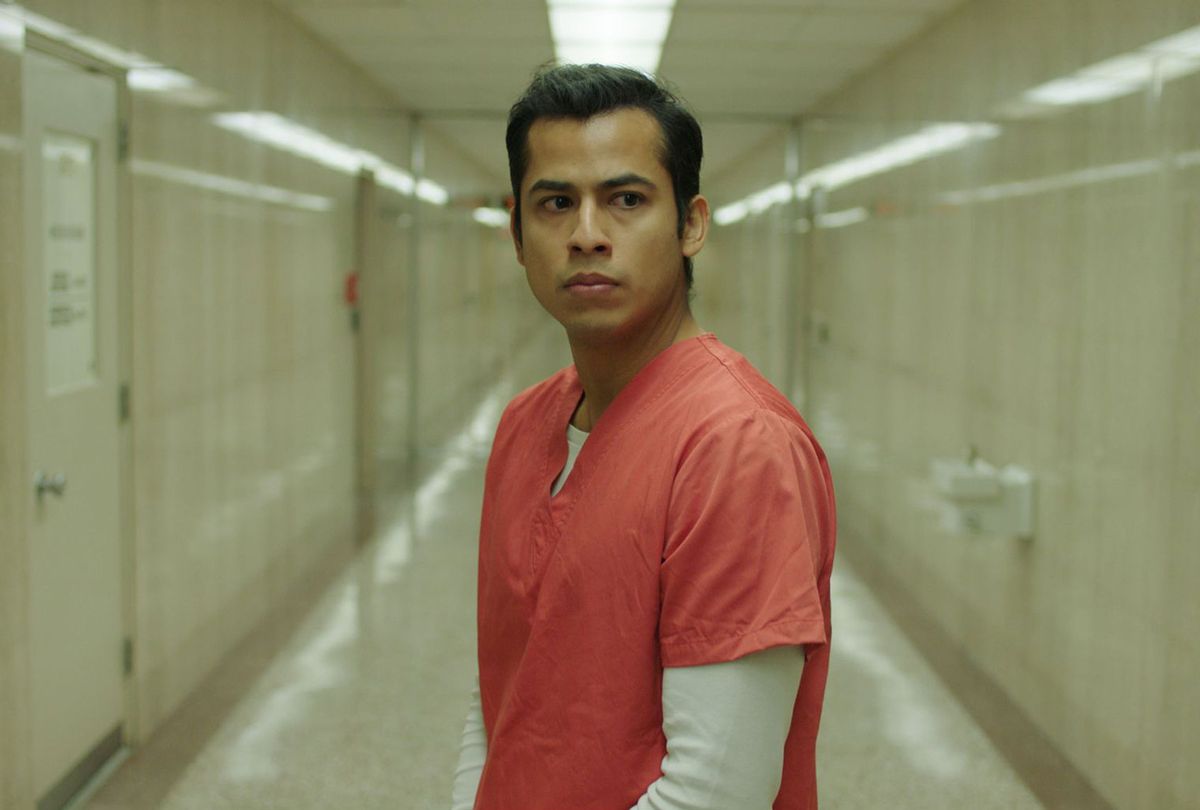 The five nominees in the Oscar live action shorts category are all compelling (if depressing) tales. This international collection of shorts, which range from 12-38 minutes in length address topical issues that resonate.

Along with the documentary and animated shorts nominated this year, you can now check out the live action nominees in theaters and selectively streaming.

Here is a rundown of this year's contenders and where you might find them streaming:

In the Danish short, , Henrik (Rasmus Hammerich) walks into a bar, orders a drink, and wants to sing karaoke. While the bartender, Louise (Camilla Bendix) is amenable — he slips her money — her husband Preben (Ole Boisen) is not. But Henrik will not leave until he sings (and Louise) records, his rendition of "Always on My Mind" for his wife.

While there is conflict between Henrik and Preben, once Henrik explains why he is so adamant, "On My Mind" shifts into something more poignant. A scene, set outside the bar, where Henrik is holding his wife's hand, is deeply moving. This beautifully made and well-acted short conveys real, immediate emotion in under 20 minutes — which is what all the best shorts do — and as a motif about souls is expressed, it achieves a level of grace. If there was any justice at the Oscars, this film could easily steal a victory. You can watch it below:

Set in the not-to-distant future, this short tackles wrongful imprisonment as Mateo (Erick Lopez) is arrested by a drone and confined to a cell without even understanding the reason he is being accused. The nightmarish scenario gets even worse as he is managed by a series of automated screens that offer him draconian options. As Mateo grapples with his situation, which includes a lack of money, the film reveals the inhumanity and repercussions of the corporate-run prison industrial complex.

Director and co-writer KD Davila is clever with his use of technology, and there is much to appreciate visually in a film that is mostly set in a single location. The graffiti, which includes, "Don't eat the chicken," is pretty amusing, but even the film's climax makes a pointed commentary. Lopez gives a strong performance that carries this short. It is worth seeing, but it is unlikely to win.

This Polish short is as tough and as hopeful as its protagonist, Julka (Anna Dzieduszycka), a little person who cleans a motel that is frequented by truckers. Incredibly lonely and craving some tenderness, she eyes Bogdan (Szymon Piotr Warzawski) in a bar one night and to her delight, he eyes her back. Their chat is just flirtatious enough that Julka has hope that she might finally get to lose her virginity. So, she decides to get a sexy new dress for the occasion. But will Bogdan fulfill her romantic fantasies?

"The Dress" builds its tension as the would-be lovers reconnect after several days. Writer/director Tadeusz Lysiak gives Dzieduszycka plum part, and she is empathetic sprawled out naked in her bed imagining being with Bogdan or having a self-pitying moment wanting to "be normal." "The Dress" ends on a curious note, but the story is likely to continue in most viewer's heads because Julka is someone to care about and Dzieduszycka gives such a strong performance.

This is the most political film of the nominees, and, at 12 minutes, also the shortest. Riz Ahmed stars as himself, hanging out with his extended family in their home in the UK. While it appears something sinister is going on outside, that comes to light when the police forcibly enter the house and take everyone prisoner.

As the situation escalates, Riz has a rap monologue in direct address (while handcuffed) about the violence of racism, and the dignity of immigrants. It's a powerful mic-dropping sequence, and it will likely secure Ahmed, who was nominated along with director/co-writer Aneil Karia, the Oscar he was denied for "Sound of Metal."

"Ala Kachuu — Take and Run" (on demand on Vimeo)

This short is set in Kyrgyzstan, where 19-year-old Sezim (Alina Turdumamatova) dreams of going to college. However, her mother (Taalaykan Abazova) insists she gets married, as is tradition. Running away to take an exam that will hopefully secure her a scholarship, she connects with her friend, Aksana (Madina Talipbek), another young woman from her village. (Aksana, however, brought shame upon her family by not marrying). As Sezim adjusts to life in the city, she is kidnapped by Dayrbek (Nurbek Esengazy Uulu) and forced into marriage. She is told happiness will come when she has children, but Sezim wants to escape. When her parents arrive, after the wedding, they insist she accept the situation and stay in the village.

Writer/director Maria Brendle's honorable film shows how the women in this culture, and even Dayrbek to a degree, are caught in this cycle of oppression. Yet although "Ala Kachuu—Take and Run" explores this culture with both authenticity, the film's contrivances ultimately make it more important than good.

All the Oscar-nominated shorts are available to watch in theaters.