A guide to watching the Oscar-nominated animated shorts, from cheeky birds to grisly torture

Warning: Only one of these shorts is suitable for children. Proceed with caution but enjoy the artistry 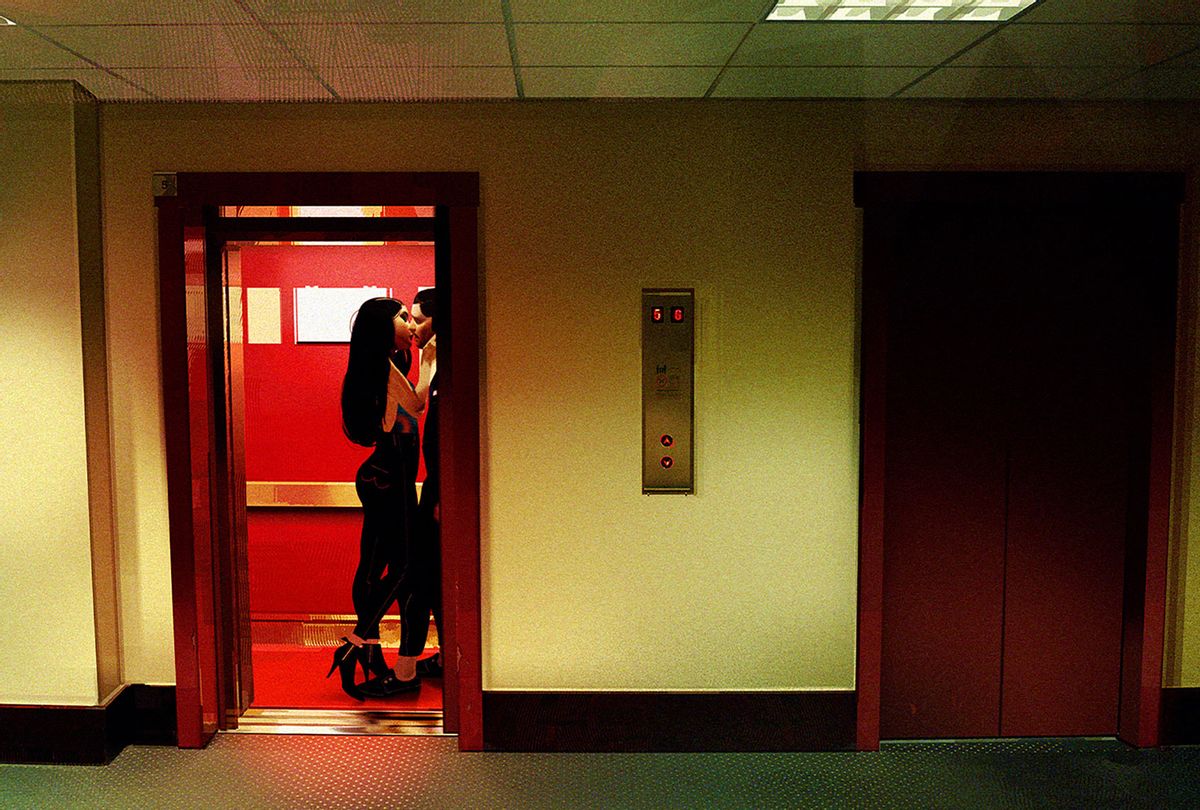 The Oscar-nominated animated shorts this year are a mixed bag — both in style and content. That is not necessarily a bad thing, because it means there is something for everyone, although very few of the five nominees is suitable for children. Here is a rundown of this year's contenders.

Made by Aardman Animations, the studio perhaps best known for their "Wallace and Gromit" shorts, this stop-motion entry with a Christmas theme is an adorable tale of a robin's egg that falls from its nest just before it hatches. Robin (Bronte Carmichael) is adopted by a family of mice, and as such, learns to scavenge for food, not fly. When Robin heads out one night to forage, she meets a magpie (Richard E. Grant), who collects things, not food, and together they try to swipe the star on top of a human's Christmas tree.

"Robin Robin" has wonderful musical numbers, and the vocal talents of Grant and Gillian Anderson, who plays a predatory cat, are fabulous. So too, is the animation, which features many cute moments, as well as creative sequences such a Rube Goldberg-like episode involving a glass of wine, a game of Jenga, wrapping paper rolls and more. "Robin Robin" is delightful, and it is likely to charm Oscar voters, netting Aardman its fifth Academy Award.

RELATED: "If Anything Happens I Love You" is an animated "distillation of grief" from a school shooting

"BoxBallet" (not yet available for streaming)

The short features beauty and brutality as Olya, a ballerina and Evgeny, a boxer, engage in a kind of pas de deux. The images in this almost wordless short are hand-drawn and gorgeous. Olya is thin and graceful, with long legs that bend spectacularly. Evgeny is big and bruised, and his face, along with many others' characters seen in this short, are rendered with vivid details. A scene of a body getting pumped up, literally, is amusing.

The story, which is a beauty and the beast variation, eventually involves a love triangle as Olya is courted by her ballet master, but it contains some wonderful moments, as when Olya's performance segues into Evgeny's boxing match. "BoxBallet" could have been a contender in this category, however, the current political situation makes it difficult to vote in favor of anything Russian.

This short is also hand-drawn, but director Joanna Quinn's style is not unlike the drawing by Ralph Steadman, and the subject matter — which include home taxidermy for children — is equally garish. "Affairs of the Heart" features Beryl (Menna Trussler), a character from several of Quinn's previous shorts, this time as a 59-year-old wife obsessed with painting. She paints her nude husband in all his hefty splendor and paints her own body blue for a self-portrait. As she works, she reflects on her childhood with her sister, Beverly (Quinn) – whose own obsessions include everything from capturing, killing, and burying insects to pickled beets and eels – as well as the taxidermy of Trigger, and visiting with the deceased Vladimir Lenin. Bev even gets into body sculpting (i.e., plastic surgery) while Beryl struggles to try on a push-up bra. "Affairs of the Art" lets its characters live large, but it is also wistful about regret. It is a moody short that will either charm or annoy viewers and voters alike.

Arguably the best among of the nominees, this profound meditation on "What is love?" by Alberto Mielgo is based on his experiences and travels. The film, which features keyframe animated computer graphic characters and digitally printed backgrounds consists of a series of vignettes from around the world about couples, longing, and loneliness. It is melancholic and heartbreaking, with images of a couple on a beach, or a kiss between a window washer and a man on the other side of the glass expressing so much without dialogue. Two people standing next two each other in the supermarket connect on a dating app but are too distracted by their phones to notice their proximity. The visuals are also stunning, as when the petals from a bunch of flowers a man is carrying dissolve in the rain.

"The Windshield Wiper" is a sophisticated short, and it is bound to have its admirers, but alas, it is unlikely to take home the prize.

This is by far the most difficult short, in part because it is the most horrific. This Chilean stop-motion entry has Íngrid (played by a porcelain figure) conducting torture and abuse on people and/with animals. This political film, directed and cowritten by Hugo Covarrubias, is inspired by a real woman, Íngrid Olderöck, who was a torturer for the Chilean Intelligence Directorate (DINA) in 1975 and sexually abused people with dogs. She worked for the military dictatorship in Chile under Pinochet that followed the 1973 coup d'etat and President Allende's death. "Bestia" is certainly well made and important. Its nomination is justified, but its 16 minutes are truly alarming.