Five documentary shorts vying for Oscar, from bullies and the houseless to an amazing ball player 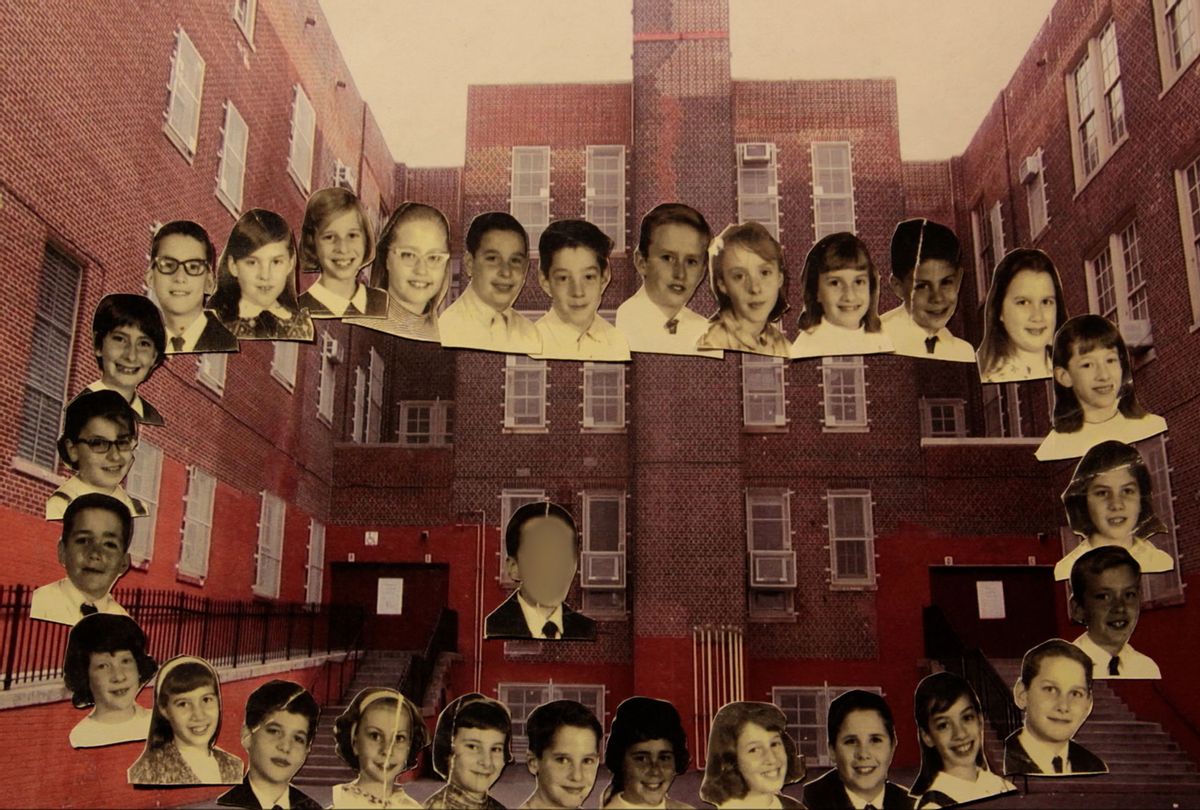 When We Were Bullies (Shorts TV/Magnolia)
--

The Oscar nominees in the documentary short subject category are among some of the best films eligible for this year's Academy Award. These five non-fiction films grapple with topical issues with sensitivity and compassion, and the short format generates immediate emotions.

This is pure Oscar bait — but that is not meant disrespectfully. Director Matthew Ogens' inspirational film profiles Amaree McKenstry-Hall, a deaf high school football player in his last season. Ogens shoots the gridiron scenes in slow motion, capturing the poetry of the players and the game. The film is subtitled as little dialogue is spoken. What is said is often moving. Amaree and his teammates have pep talks in the locker room. He recounts how he became deaf when he had meningitis around age two or three, and has a cochlear implant, but only uses it to listen to music. And he discusses how he can feel lonely as the only deaf person in his hearing family.

Amaree's life is further complicated by his father walking out on him as a child, and the recent death of Teddy, a student he knew from the Maryland School for the Deaf (MSOD) who went to a hearing school; Teddy took his own life after being bullied. It is heartbreaking to hear from Jaden, Teddy's boyfriend and cheerleader for the MSOD football team, talk about a life cut short. "Audible" shows the resilience of teens like Amaree and Jaden who have to work extra hard to prove themselves on the field and off as they face adversity. With its intersectional portrait and strong focus on social issues, "Audible" was the category's frontrunner, but it is likely to be a runner-up.

RELATED: Why Hollywood speaks up at the Oscars

"When We Were Bullies"

Director Jay Rosenblatt's film looks at bullying, but may be too personal to gain much traction with voters. It is certainly a well-made film and it caters to the older members of the Academy. Rosenblatt recounts his story in a lively fashion, using animation and film clips to tell his haunting tale of the guilt he feels regarding his participation in a bullying incident from 50 years ago. And there is something compelling in his tracking down his classmates as well as their 92-year-old fifth grade teacher to see what they each recall about what happened in the schoolyard at PS 194 in Brooklyn on a Friday afternoon.

Wisely, he opts not to interview the victim. Rosenblatt makes some valid observations about guilt and shame, and "When We Were Bullies" is often poignant. It will likely prompt viewers to reflect back on their childhoods. But the problem with this short is that the audiences may not have the same emotional resonance or catharsis its filmmaker experiences, which is why this short falls short of being great.

This is an impressionistic portrait of Shaista, who lives in a camp in Kabul for Afghans displaced by war. He has a third grade education and wants to join the National Army — he would be the first in his tribe to serve — rather than harvest opium. Shaista's father disapproves, insisting that Shaista has a new wife and responsibilities to his family.

This documentary, by directors Gulistan and Elizabeth Mirzaei, provides a strong sense of time and place and a fascinating look into a foreign culture, but the verité style can be a bit of a drawback. Viewers need to connect some of the dots — as when the story jumps ahead four years. There are touching scenes, especially between Shaista and Benazir, and some tensions between Shaista and his father, but this is one of those shorts that is too short; it leaves one wanting more.

This powerful documentary short puts a face on the unsheltered. Director Pedro Kos and Jon Shenk showcase more than a dozen men and women in Los Angeles, San Francisco, and Seattle, where officials have declared a "state of emergency regarding homelessness." The filmmakers sit in on vulnerability assessments and discussions about needs. Subjects recount decisions about food vs. housing, which reveals some of the issues that underlie inequity. Yet "Lead Me Home" deliberately juxtaposes scenes of housing units being erected with people living in camps and shelters, or a time lapse montage of people in restaurants after a woman talks about hunger. These sequences are meant to tug at the heartstrings, but they feel slick. There are important points here, about women experiencing and escaping abuse, or a man who fears backsliding back to a tent if he does get housing. One woman worries about losing her family, while another young woman is pregnant. "Lead Me Home" offers glimpses into these lives and acknowledges the magnitude of the problem as well as the baby steps that are being taken to help. But as one character says, "You gradually get into an extreme situation. It doesn't seem as extreme," which may be the most affecting moment.

By Oscar nominee Ben Proudfoot ("A Concerto is a Conversation"), this is the rousing portrait of Luisa Harris, the greatest female basketball player in the United States, and the first woman drafted to the NBA. Talking directly to the camera — which absolutely loves her — Lucy (as she is known) recounts watching basketball and learning how to play. At 6' 3" she found her game, developing a shot and scoring 40 points in a single game. As Title IX was passed, Harris was able to play for Delta State, where she was the only Black player on the team.

Her spirit is infectious, especially as she recalls the games against the three-time AIAW national champions, Immaculata. Proudfoot features exciting footage from this rivalry which draws fans. But he also highlights the differences between women's basketball and men's, and Harris' historic first basket by a woman at the Olympics. But after she graduated, she couldn't keep playing because there was no WNBA. Although the New Orleans Jazz offered her a tryout, she declined without regrets. Her impressive story is uplifting, and Proudfoot jerks tears of joy. But what makes this winning story so tragic is that Harris passed away January 18, 2022. This short is the one most likely to win the Oscar, and it is truly deserving.