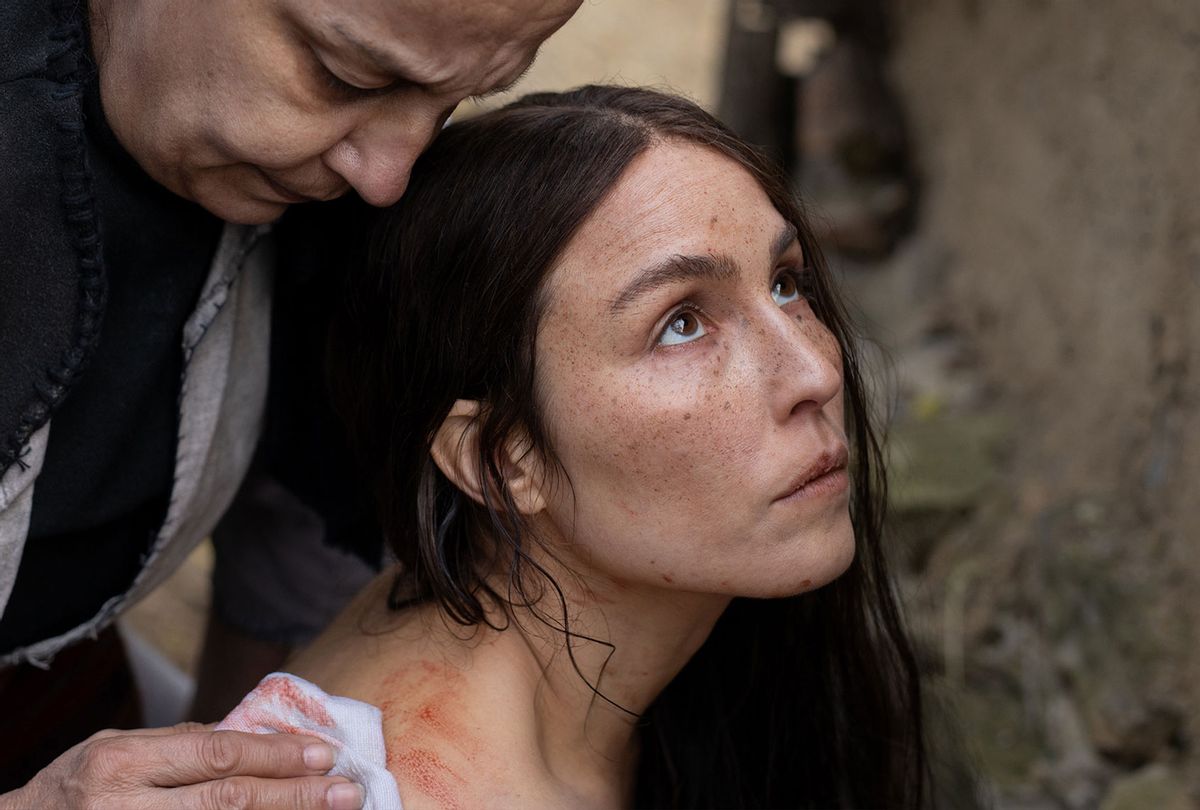 "You Won't Be Alone," the auspicious feature directorial debut by Goran Stolevski, is a tender folk horror film. More bloody than scary, and at times quite sexy, it often plays like a silent movie, with characters expressing their emotions as they wander through a magnificent rural landscape. (The film is subtitled, and the language is said to be authentic to the period). Stolevski employs a voiceover and tinkling piano score to create a mood more that is precious, but also dangerous. Yes, the sun-dappled farmland is gorgeous but there is a danger lurking at every turn.

This unusual film is set in Macedonian mountain village in the 19th century where a mother is confronted with a horrible situation. Old Maid Maria (Anamaria Marinca of "4 Months, 3 Weeks, 2 Days") is a Wolf-Eateress whose skin looks like the arteries are on the outside. She wants the blood of newborn Nevena and agrees to take the child when she turns 16, but not without first sampling her. Sent to live in a cave for protection, Nevena (Sara Klimos) emerges as a teen, following Maria out in the world. Old Maid Maria teaches Nevena how to live, however, Nevena is a disappointment to Maria, and the teen rebels, hoping to break the prophecy. As is soon revealed, these "witches" can shapeshift into animals and other beings.

"You Won't Be Alone" takes its time telling this story, the origins of which are revealed late in the film. Stolevski immerses viewers in this fabulist world, and his intimate camerawork both follows the characters closely but also admires the wondrous scenery. While the story meanders, Stolevski does have a point: there are discussions of gender roles, such as how women should behave with (and without) men and thoughts about motherhood. There are also many scenes of entrails and bloodletting as Maria or other characters open their chests and remove their insides.

RELATED: Women used to dominate the beer industry – until the witch accusations began pouring in

When Nevena shapeshifts to Bosilka (Noomi Rapace) she comes to understand her powers, seducing a man and luring him for sex where she transforms him. There is a clear reference to vampirism here, with blood-drinking, sharpened fingernails (instead of fangs) and the idea of passing on a curse.

As "You Won't Be Alone" continues, the film plays up the conventions of marriage as the recounting of Old Maid Maria's tale concerns her efforts to find a husband. There is a horrific episode that reinforces ideas of conformity, followed by a rather moving (and mostly wordless) love sequence between Biliana (Alice Englert) and Yovan (Félix Maritaud). These scenes are sensual but fleeting — the witch will always have her way. 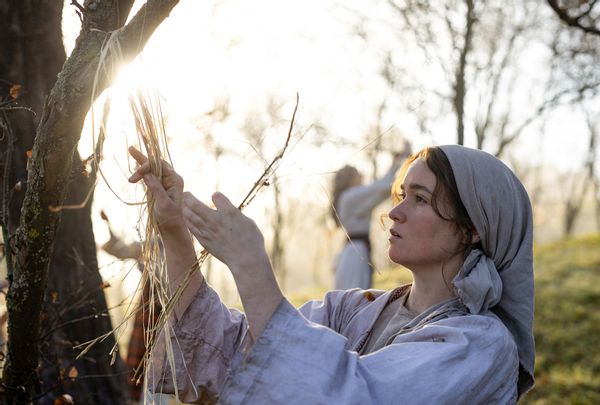 Which makes Stolevski's film compelling but not necessarily suspenseful. While there is a strong sense of dread throughout, the motivation for all the violence, when revealed, seems underwhelming. Bad things do happen in "You Won't Be Alone," but the film deliberately lacks heightened energy. Instead the director relies on emotional connection which can be slippery given how impressionistic it is. The supernatural elements are quite atmospheric, with flesh being ripped, and yet, the horror feels muted. Stolevski's film may be too gory for the arthouse crowd and too arty for horror film fans. For some viewers, the parts will seem greater than the whole.

Likewise, while the filmmaker raises important points about patriarchy and society, he does not investigate them fully. This is good for letting viewers draw their own conclusions, but his approach may prompt some viewers to tune out. The sense of time and place is vivid, but the lack of a strong plot can be frustrating.

The visuals are certainly captivating, with images of Nevena in the cave, or men working in the fields. The copious nudity is also welcome for adding a warm, sensual element in what may be seen a harsh, unforgiving environment. But scenes where Boris helps a young boy tasked with splitting logs does not advance the plot or the film's point much. Stolevski could have tightened his film with some shrewd editing; the unhurried pace is fine, but his film feels overlong.

"You Won't Be Alone" is certainly worthwhile for transporting viewers, and it invites multiple readings. (One sequence feels like an homage to "Frankenstein." Other cinematic references abound.) Stolevski delivers on his promise — as evidenced by his fantastic shorts, especially "You Deserve Everything" and "Would You Look at Her" which won a prize at Sundance the year it screened — to be a filmmaker to watch. His film takes considerable risks but it does reward adventurous viewers.

"You Won't Be Alone" is in theaters April 1. Watch a trailer for it below, via YouTube.