Step into Apichatpong Weerasethakul's trance-link film, to try an uncover the source of a mysterious sound 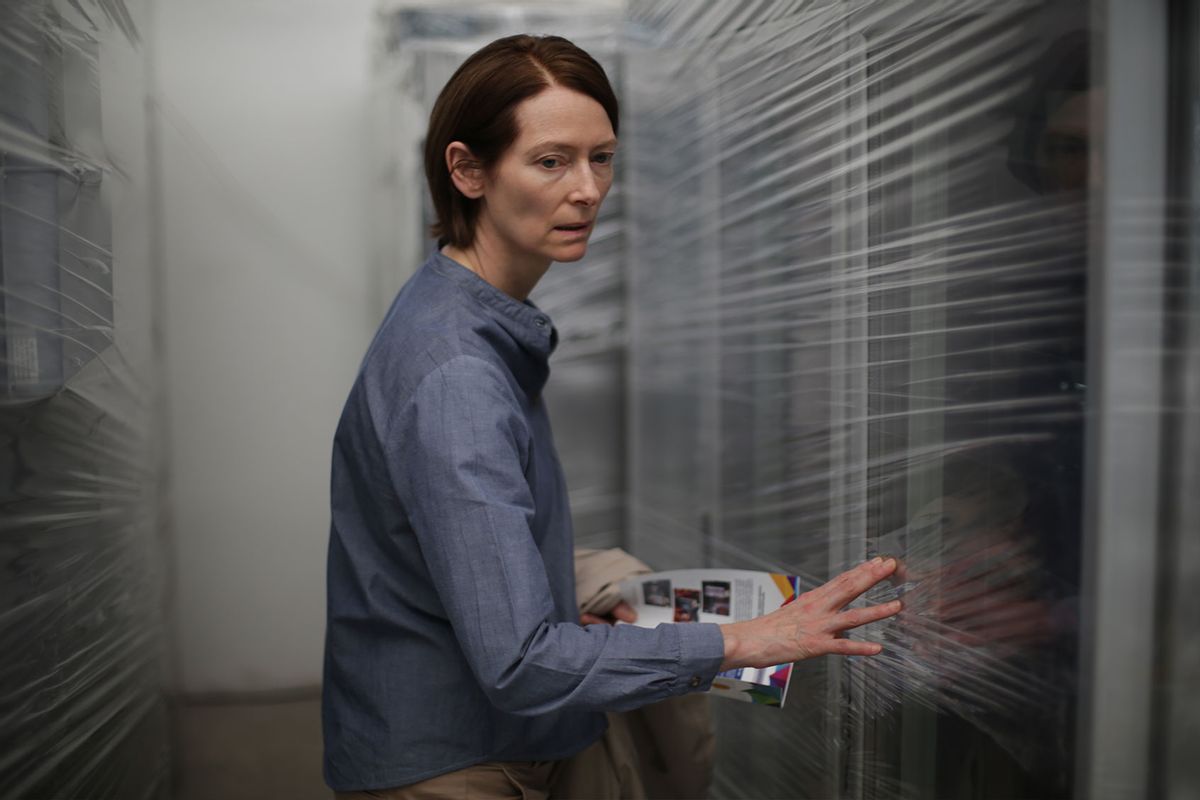 In Apichatpong Weerasethakul's "Memoria," the Thai filmmaker shows how he's a practitioner of "slow cinema," which features many long takes and more silence than dialogue. His films rely on tone to generate feeling and emotion, and many of his features, which include the gay romance, "Tropical Malady," can put viewers in a trance-like state.

Set in Colombia, "Memoria" is firmly rooted in this style, as indicated by the stillness of the opening shot. Jessica (Tilda Swinton) hears a "bang" that she cannot understand. A slow pan in a parking lot shows the car alarms all go off creating a kind of musicality, but they shut off as mysteriously as they sounded. These moments of unexplained phenomena cause Jessica to wonder what is going on.

She visits her sister Karen (Agnes Brekke) in the hospital, and Karen recounts a dream about a dog and talks of a curse. Later, while crossing the street, another loud noise causes Jessica along with other people to wonder what exactly has occurred.

"Memoria" is a mystery and yet its unhurried pace does not create much urgency for it to be resolved. Jessica meets with Hernán (Juan Pablo Urrego), a young sound engineer, who tries to recreate the bang for her. Jessica claims, "It is like a big ball of concrete falling into a metal wall surrounded by seaweed." As he tries to replicate the noise, Jessica tells him it sounds, "earthier . . . rounder." A few scenes later, they meet again, and she hears what he has recorded, and it seems to be right. But what is making this sound remains unidentified. 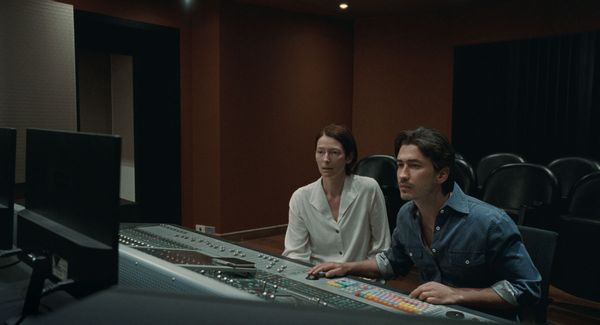 Weerasethakul does reveal the source of the bang by the film's end, but it is the journey not the solution that provides the film with its many pleasures. There is a terrific episode where Jessica walks through Bogotá with the camera, and perhaps a dog, following her. In another episode, she stumbles upon a group of musicians performing, and "Memoria" captures her face — as well as other listeners — as the song plays on, eventually showing the musicians at work. It is a lengthy scene that just allows viewers to bask in the enjoyable music, like Jessica.

At dinner with Karen, her husband Juan (Daniel Giménez Cacho), and their son Mateo (Jerónimo Barón), Jessica hears the bang three more times. But does anyone else? Her sister's comments about the aforementioned dog at dinner confound her, and there is a discussion about spells and invisible people in the jungle and colonization. When Jessica later visits Doctor Constanza (Constanza Gutierrez), about her trouble sleeping, the doctor prefers not to prescribe Xanax so Jessica can "continue to be moved by beauty" and feel sadness.

... the images are mesmerizing.

"Memoria" wants viewers to experience all the beauty it offers. There are many scenes, such as one featuring a glass enclosed patch of land and high dark walls with sunlight reflecting off its sides that is gorgeous. A sequence at the end of the film showing scenes of the sky and Colombian mountains is hypnotic. Weeraseethakul lulls viewers with this beauty. Even if the plot is sparse, the images are mesmerizing. (That said, this arty, experimental film will not be for everyone, and some viewers are likely to become drowsy and nod off.)

Swinton, however, is perfectly cast as the appropriately curious heroine. She moves through the film at her own frequency. Perhaps too little is explained about her character, but her expressions and body language often reveal what she is thinking.

As Jessica heads out into the jungle, she wanders around an area by a river and soon meets a older man scaling fish. He is also Hernán (Elkin Díaz), and their exchanges form some of the most interesting sections of "Memoria," but also the slowest. One take of Hernán lying on the grass lasts several unblinking minutes, and a conversation between Jessica and Hernán address issues of memory as well as reincarnation and past lives. (This is theme explored throughout Weeraseethakul's work, from "Tropical Malady" to his Cannes prizewinner "Uncle Boomee Who Can Recall His Past Lives").

"Memoria" plays out almost like a hallucination. Viewers may not process what is shown, or understand

everything that has been said, but the film benefits from repeat viewings (and being seen on the big screen).

As Jessica has a curious exchange with Agnes Cerkinsky (Jeanne Balibar), an anthropologist, about a 6,000-year-old skeleton, and a discussion about space with older Hernán, the past, present, and future, all collide. Weeraseethakul is exploring various possibilities and connections, addressing issues of communication, memory, and loss. His enigmatic film is more attuned to mood than narrative. But even if "Memoria" is perplexing, it is also incredibly provocative and quietly powerful.

"Memoria" releases in theaters, screening week by week on a "national tour" starting April 1. Check the official "Memoria" website for dates and locations. Watch a trailer for it below, via YouTube.