The new trailer for “Thor: Love and Thunder” starts with a bang and ends with a hammer 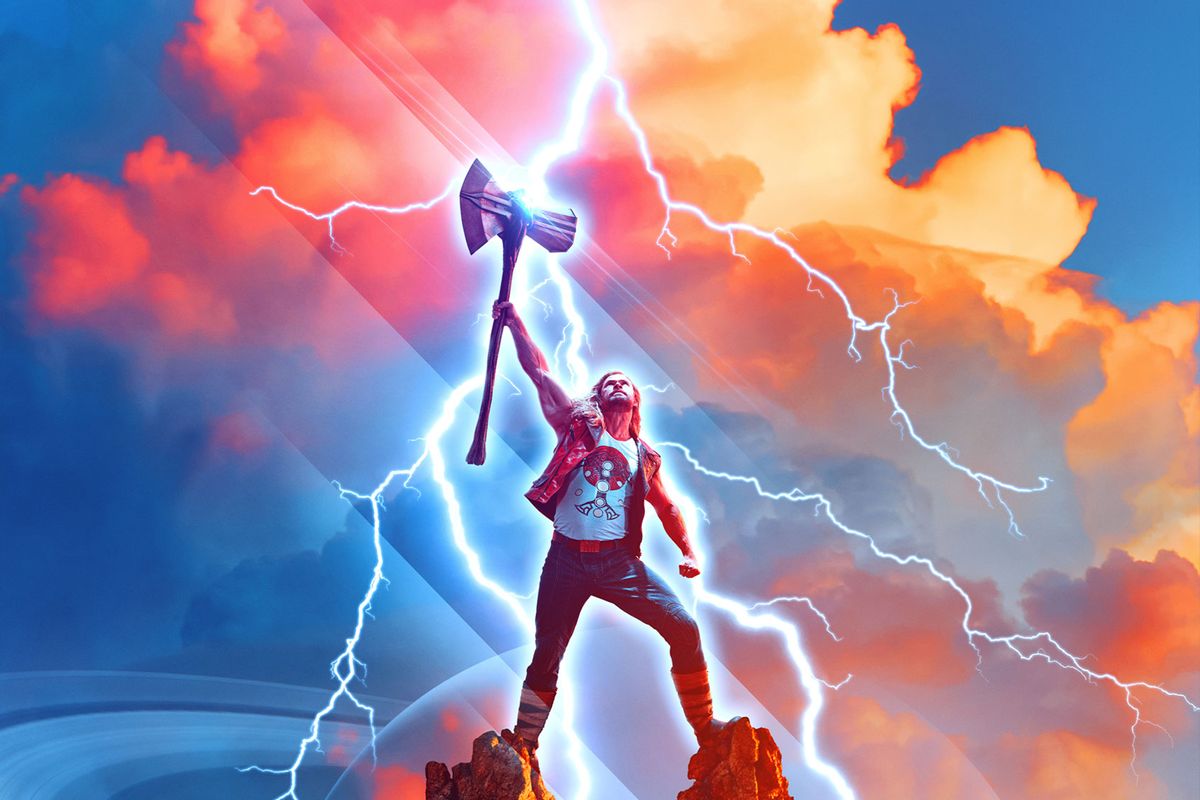 Marvel fans bleary-eyed back at work on Monday morning after what was a holiday weekend for some were treated to a surprise: the teaser trailer for "Thor: Love and Thunder."

This is the fourth Thor film starring Chris Hemsworth as the Nordic god Thor, the son of Odin. A follow-up to the dramatic events of "Avengers: Endgame," the new "Thor" trailer features the blond god walking into the sunset — literally — while delivering the searching line: "I need to figure out exactly who I am."

RELATED: More Thor! Why this Marvel superhero deserves yet another sequel

In the trailer, the Guns N' Roses song "Sweet Child O' Mine" swells for a montage worthy of "Footloose" or any classic '80s film: Thor running, working out in a trucker cap, mediating and wearing street clothes definitely not becoming of a god. The tagline "Not every god has a plan," with its jagged blue and red font recalling a Christopher Pike book cover, adds to the retro feel. So does the movie poster.

"My superhero-ing days are over," Thor swears. But are they? Probably not.

The teaser trailer also shows the return of "Guardians of the Galaxy" stars Chris Pratt and Dave Bautista. Other actors returning to reprise their roles include Karen Gillan, with Christian Bale and Russell Crowe joining the cast as a new villain and the god Zeus, respectively. There's a glimpse of Tessa Thompson as Valkyrie, ruling over New Asgard and looking sharp in a suit.

But fans seemed most excited about a bit at the end of the teaser. Thor's thrown hammer is caught by none other than Natalie Portman, suited up in breastplates, cape and metallic mask and appearing suitably buff. Only the worthy can wield Mjolnir, Thor's hammer, now re-forged, and this catch points strongly in the direction of Portman becoming Mighty Thor, after her character Jane receives superhero powers (and possibly deals with breast cancer to boot).

"Thor: Love and Thunder" is set to release in theaters July 18. Watch the teaser below, via YouTube.