In 1961, an elderly Brit went on trial for stealing Goya's Duke of Wellington painting to protest paying for TV 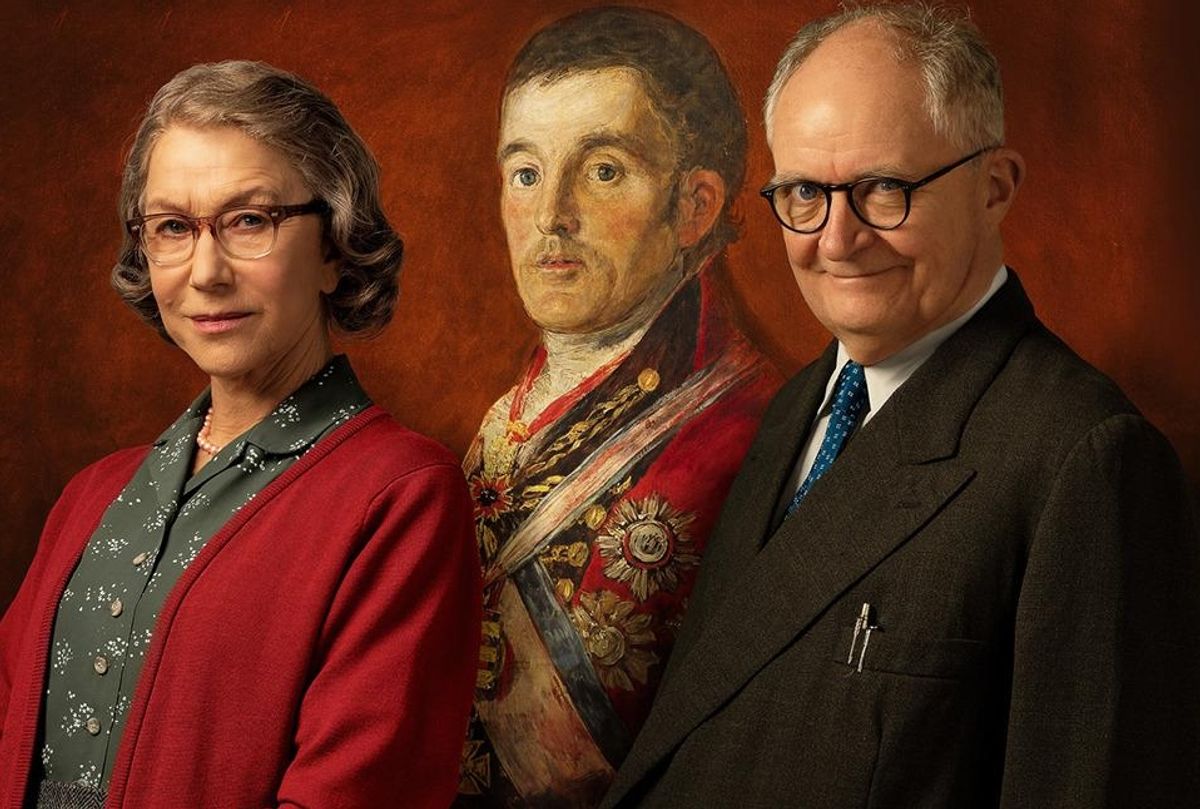 "The Duke" is a genial retelling of the true story of Kempton Bunton (Jim Broadbent), who in 1961, was tried for the crime of stealing a Goya painting of the Duke of Wellington, valued at £140,000, from the National Gallery in London. Although director Roger Michell's ("Notting Hill") film does depict the theft twice, it is not really a caper; rather, this comedic drama is a genteel character study of a man from Newcastle who rallies against social injustice and for the greater good.

Kempton is first seen rebelling against having to pay for a license for his TV because it airs the BBC. (He actually removes the appropriate coil from the set to make the station unavailable.) But that does not appease — or engender much goodwill — with the authorities who put him in jail for 13 days. But Kempton continues to wage his campaign, "Free TV for the OAP," emphasizing that pensioners should not have to pay for television. He believes it is often a way for them to stave off loneliness.

The theft happens quickly, and Kempton stores the painting in a wardrobe in his home with the help of his son, Jackie (Fionn Whitehead, "Dunkirk"). What Bunton hopes to do with the stolen painting is generate income that can be used to pay for TV licenses. It may be an admirable plan, but it hardly seems feasible. Nevertheless, it is easy to root for Kempton, who is seen as a kind of Robin Hood or Don Quixote, as observers note.

Kempton may have a cockeyed outlook on life that causes folks to look at him sideways, but he does have common sense, and his heart is in the right place. "The Duke" has its heart in the right place, too, championing a principled man who agitates against inequality. (It's hard not to want him to succeed in any or all of his causes.) He gets canned from his job as a taxi driver for being too talkative and letting a veteran not pay his full fare. When Kempton stands up against racial discrimination after a bakery manager treats a Pakistani coworker unfairly, Kempton is fired from his job for speaking out.

These scenes illustrate Kempton's upright character, but more revealing are his exchanges with his long-suffering wife, Dorothy (Helen Mirren), who disapproves of her husband's shenanigans. (She buys the TV license because it is "normal" to do so, and, perhaps, to spite him.) Kempton tries to charm Dorothy with tea and biscuits, but she knows he wants something from her. He does also dance with her to show they can be loving. However, Dorothy is a dour sourpuss in part because she mourns their late daughter. Kempton's efforts to channel that pain by writing a play he hopes the BBC will produce, causes her additional stress and grief. 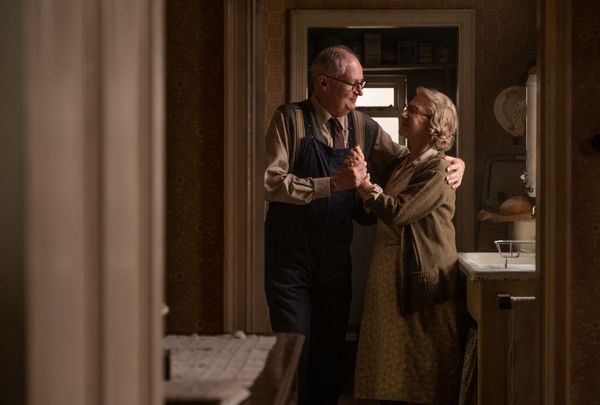 Jim Broadbent and Helen Mirren in "The Duke" (Sony Pictures Classics)Broadbent, who seems incapable of giving a bad performance, has a rascally nature about him here, which is appealing and gives the film its vitality. Kempton is an autodidact, and it is amusing to hear him prattle on about Chekhov being better than Shakespeare, or having him praise his sons, Jackie and Kenny (Jack Bandeira) for not "swallowing what the establishment tells 'em." Moreover, scenes of Kempton on the witness stand in the courtroom provide moments of high comedy. Broadbent is obviously relishing in this part of the film, capturing Kempton's mischievous nature with deadpan humor.

Mirren's role is pretty one-note, but she does layer it with some depth, worrying what her employer will think of her husband's crimes and being surprised at their benevolence. Likewise, Matthew Goode plays Kempton's lawyer, Jeremy Hutchinson QC, with a twinkle in his eye that is reassuring, especially when he declines to question some of the trial witnesses.

The courtroom scenes have some crackle, but Michell's polite film never quite excites, even when Michell employs split screens — as if "The Duke" was made in the 1960s — or makes a deliberate wink and nod to the painting's appearance in the Bond film, "Dr. No."

But even when the story hits the expected moment of someone discovering the painting — which forces Kempton's hand, and he returns it as if he had simply borrowed it — it feels surprisingly benign. At least there is some dry British humor as the authorities believe the painting was stolen by "a well-funded, highly professional, international crime gang," because nothing could be further from the truth.

And while the truth of what transpired does come out over the course of the film, it feels almost quaint. "The Duke" is completely agreeable, and pleasant, but it could have been more arch or cynical. This film ends up being as likeable as its puckish hero, who gets by on his good will.

"The Duke" opens in theaters Friday, April 22. Watch a trailer for it below, via YouTube.