There are all kinds of mothers. Ruth has been there for all of it, including the infancy of Nadia’s trauma 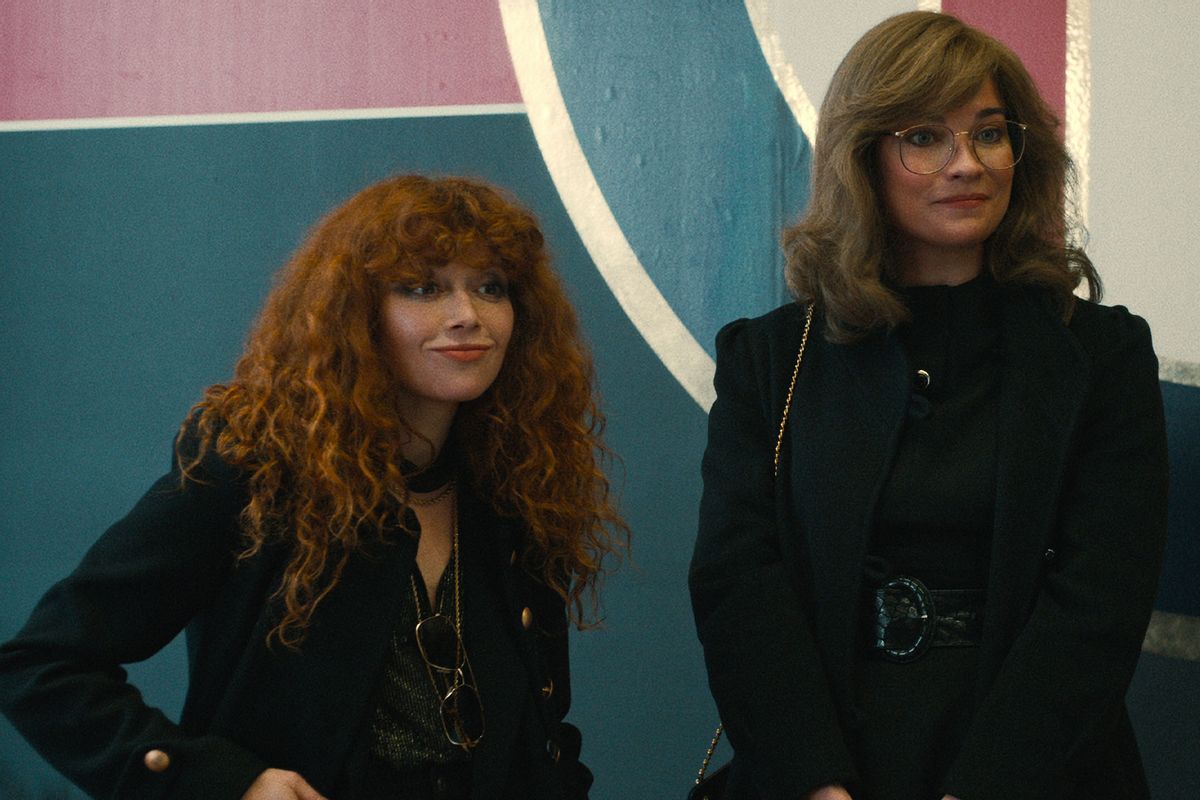 "Russian Doll," the Natasha Lyonne, Leslye Headland and Amy Poehler-created show on Netflix that stars Lyonne as Nadia, a death-repeating, time-hooping New Yorker, has a slew of compelling side characters. One of them is Ruth Brenner, a therapist who's been a friend of Nadia's her whole life.

She's been a friend to Nadia before her life too, as we learn in the second season how good a friend Ruth was to Nadia's mother, Lenora. When Nadia realizes that she's "broken time" due to some serious meddling in her own past, it makes sense that Ruth is the person repeating, an endless stream of Ruths coming up the stairs. Because Ruth is Nadia's ride or die. And, as her mother's too: she's the link in Nadia's intergenerational trauma.

RELATED: Ready for "Russian Doll"? Before you hop on, here are five things to watch out for

Ruth Brenner has been there for all of it. "I've never had a birthday without her. I'm not about to start now," Nadia says in the second season. And as the first consisted mostly of Nadia's dying at her birthday party, again and again in various, creative ways, we've seen a lot of those birthdays. All feature Ruth. 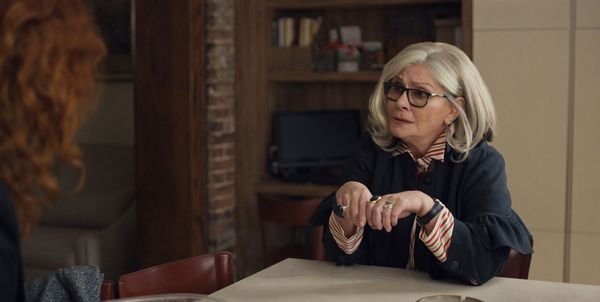 Elizabeth Ashley in "Russian Doll" (Courtesy of Netflix)As played by Elizabeth Ashley, Ruth in her later years is glamorous, smoky-voiced. She wears scarves and colorful peacoats, her lipstick always perfect as her lips frequently clench a cigarette. In Season 2, we're treated to a young Ruth, perfectly cast in Annie Murphy. Ruth's hair is bouncier and darker, her eyeglasses even more oversized. As Nadia says, seeing her longtime family friend for the first time as a young woman in the '80s, as pounding bass and synth sounds play in the background like a Twix commercial: "Eat your heart out, Melanie Griffith." Ruth is a classy widow, all in black.

When the world is wonky, and you keep dying or ending up in the 80s, Ruth is one thing you can rely on.

But Ruth is also sensible. She can drive stick. She says she's proud of Nadia for making responsible decisions, like returning a sports car her mother bought. She's the kind of person you take with you to a car dealership, who can shut down a sales pitch with a firm line like: "I am her therapist, and this is all under my direction." (Is Ruth the family therapist? Although Nadia refers to her as such, it's not entirely clear if her advocating is in an official capacity.)

Ruth can also fire a gun. One of Nadia's deaths is at Ruth's hands (in her defense, she didn't recognize Nadia and thought she was an intruder breaking in). When it comes down to it, Ruth is practical, giving up an engagement ring from her late husband to help Nadia, resisting sentimentality and encouraging Nadia to be in the moment.

Ruth is also the audience's therapist: "No one deserves what they get in life. That's not how it works."  So many of the best lines from the show are hers, and would be equally inspiring on a tote or Instagram caption. Ruth is too no-nonsense for that, though. And perhaps like some of the best advice-givers, she won't take her own guidance. She won't take care of herself, not like she takes care of Nadia and before Nadia, her mother. Ruth won't stop smoking, despite the pleas of Nadia, the time-traveler who knows what's coming.

Loyal, steadfast, Ruth is timeless. She's consistently awesome in every timeline. When the world is wonky, and you keep dying or ending up in the '80s, Ruth is one thing you can rely on. 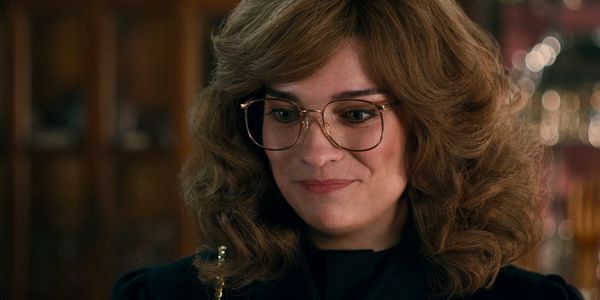 Annie Murphy in "Russian Doll" (Courtesy of Netflix)She's also represented another kind of life to Nadia, a kind of mythical upward mobility and stability. She has it together. She has an important, intellectual job as a therapist while Nadia's mother frittered away her college fund (grown Nadia works as a software engineer, though, so she likely made it to college another way). As the child of a negligent and violent mother, Nadia used to dream that her godmother Ruth was her mother. That dream sort of comes true, when Lenora loses custody.

Diagnosing trauma is not the point of "Russian Doll," which it never really does. It simply acknowledges trauma's existence. And persistence.

But it's not enough for Nadia. Or it's too late, and it's a driving force in Nadia going back in time this season. To choose a better mother for herself, maybe someone steady like Ruth. That's not to be, however, and as her longtime friend's health worsens, Nadia learns a last lesson of selflessness from Ruth, whom she says loved her without "obligation."

There are all kinds of mothers and ways to be a mother: Nadia learning to mother herself. Lizzy (the lovable Rebecca Henderson), Nadia's friend, being an excellent caretaker for a (random to her) infant. And Ruth, who's been there for all of it: Nadia's birth and the infancy of Nadia's trauma too, though even the therapist cannot say what started it all. Perhaps Nadia's grandmother surviving the terrors of the Holocaust. Perhaps, as Ruth says simply, "she was born that way."

Diagnosing trauma is not the point of "Russian Doll," which it never really does. It simply acknowledges trauma's existence. And persistence. That trauma is hard, ongoing. Like grief, it doesn't roll out in a straight line. It's passed on, from mother to daughter sometimes. Ruth was there for that too. Her death is the most painful one of the show, because it's the only one that feels real, that's going to stick. And hurt forever.