The IPA is dead, long live the IPA: Why the love-it-or-hate-it beer is here to stay

"If brewers are constantly pushing the boundaries of the style, IPA will continue to be the ‘new IPA’” 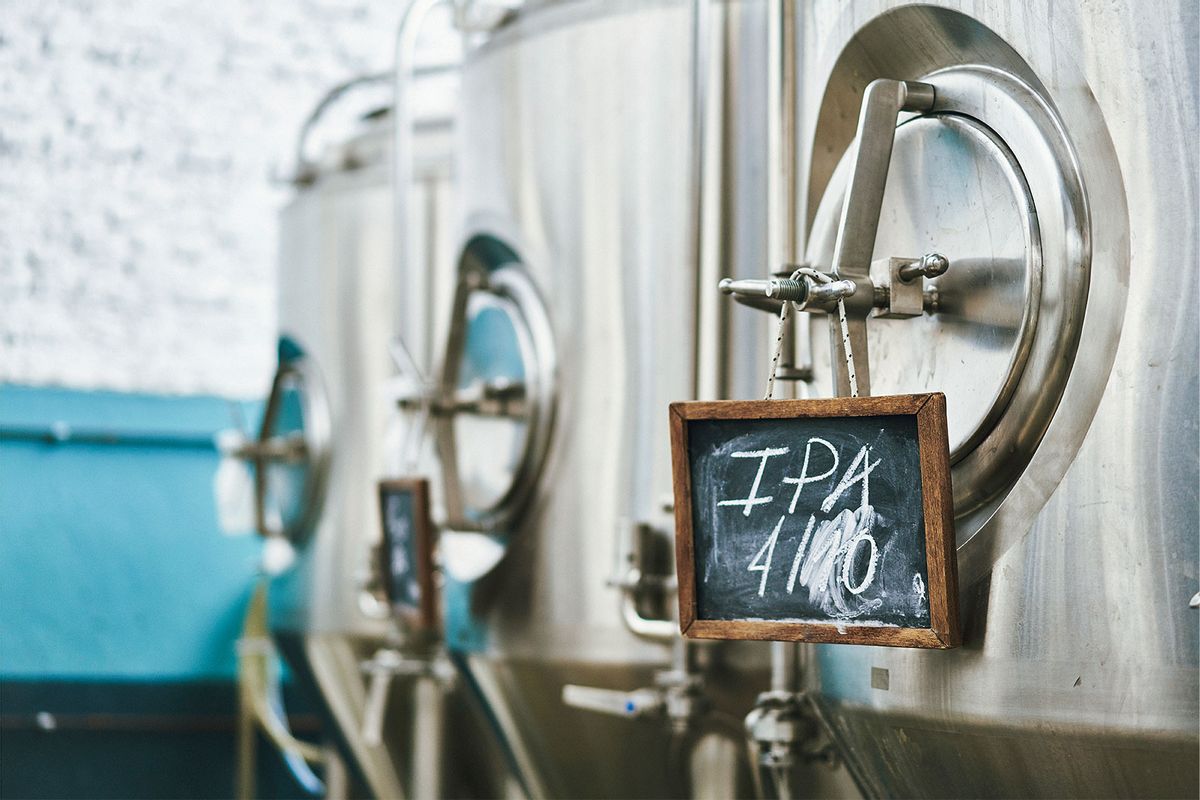 It all started with a single tweet on Friday night: "Dear microbreweries, Maybe instead of your 12th double IPA, mak[e] a f**king Pilsner."

By Tuesday morning, that statement had been liked nearly 81,000 times. The comments were flooded with memes about how IPA actually stands for "if pinecones were alcohol" and the original tweet likely made a beer nerd somewhere punch a wall.

As I combed through response after response, all I could think was, "Wait, when did all of this happen?"

Full disclosure: I'm not really a beer drinker. I came of drinking age in Kentucky, so I typically order bourbon out of habit. I'll grab a gin and tonic if I'm feeling particularly summer-y or tequila if I'm feeling frisky (and an oaky Malbec if I'm not). I have probably one or two beers a year, but the last time I ordered one, IPAs were still revered as peak cool.

Now, I know that everything that is or was once beloved — cable sitcoms, Starbucks coffee, sun-dried tomatoes— is susceptible to public blowback. However, it felt like something different was at play here.

This wasn't a group of coffee snobs unquestioningly turning their noses up at pumpkin spice lattes. It was a peek into how the craft beer industry is currently and simultaneously leaning into and flexing against one of its most popular, albeit controversial, varieties.

Before we take a closer look at this phenomenon, it's important to understand what an IPA is and how it first came to prominence in the world of craft beer.

"IPA stands for India Pale Ale. In the 1800s, when India was under control of the British East India Trading Company, English brewers made over-hopped versions of their Pale Ales for export to India," Scott Shreffler, the co-founder of Louisville's Mile Wide Beer Co, said. "Hops act as a preservative in beer, so the higher hopping rates coupled with higher ABVs made sure the beer didn't spoil in its journey via boat."

While the style has continually evolved over the last two centuries, the West Coast IPA was the first subgenre, if you will, to really gain popularity in the U.S. Those IPAs, made with American hops, are laden with notes of pine, grapefruit and citrus and bolstered by a dry body and bracing bitterness.

According to Lisa Grimm, an Ireland-based beer podcaster and Beer Judge Certification Program judge, IPAs began to be embraced as "the dominant style among beer nerds — though not necessarily the general public — by the early 2000s."

"There was a real emphasis on 'aggressive' bitterness," Grimm said, "and IPAs like Stone's Arrogant Bastard made a big deal about how 'extreme' they were and how only really hardcore people could 'handle' it."

"IPAs like Stone's Arrogant Bastard made a big deal about how 'extreme' they were and how only really hardcore people could 'handle' it."

Inherent to that messaging was an "us" versus "them" mentality. You were either in the club of people who could handle it — or you weren't. That didn't dissuade customers from trying IPAs, though.

This was also around the time that the concept of craft beer was making its way into the American mainstream. In January 2006, leaders of the newly-formed Brewers Association were putting their heads together to hammer out an agreed-upon definition for craft beer, and a few months later, the first American Craft Beer Week was held. In many ways, the IPA became synonymous with the craft beer revolution.

Accordingly, many beer drinkers vividly remember their first IPA. Dawn Howard, a craft beer fan in Louisville, is no different.

"I do think a lot of breweries are really IPA heavy now, and I get why that can be frustrating," Howard said. "Back when I was getting into craft beer, it seemed like all a beer bar would serve you was Belgians — and some are still like that — and those are just a no-go for me. But most breweries around here at least have several taps of other beer styles. You're probably not going to get three kinds of Kolsches, but I don't know that that's necessary."

From the perspective of breweries, IPAs definitely have their merits. Compared to lagers, IPAs have a relatively quick turnover time from brew to bottle. They're also notoriously forgiving of "off flavors," which make them a popular choice for novice brewers.

The popularity of the style also hastened other developments in the world of beer production. As IPAs became more mainstream, more hop varieties were created through intentional cross-pollination, according to Em Sauter, a brewery employee and cartoonist whose work focuses on beer education. U.S. brewers additionally began to look further afield for different hops varieties.

"Once Americans found out about Australian and New Zealand hops with their white wine, tropical and mango flavors around 2010, IPAs really took off," Sauter said. "I remember when I had my first IPA with Nelson Sauvin hops. Nelson Sauvin was released in New Zealand in 2000 — it was Elysian Brewing's Idiot Sauvin IPA — and it blew my mind."

Over the next two decades, the IPA footprint continued to grow alongside the explosion of the American craft beer movement. Different IPA substyles, including the love-it-or-hate-it Hazy or New England IPA, were established and defined — and many small breweries made them a cornerstone of their brand identity. It eventually became tough to go to a brewpub that didn't serve an IPA.

"IPAs are now over 40% of the total volume of craft beer being brewed — and that doesn't happen without them being incredibly popular," Scott Shreffler of Mile Wide said. "Breweries brew what sells. Period."

So, what's with the pushback against IPAs? Their popularity may be contributing to their downfall, with some consumers in the Twitter thread reporting "IPA burnout." For her part, Grimm believes the trend toward hazy IPAs is what's prompting fatigue.

"So many breweries make a series of nearly identical beers that it's hard to find that variety that once existed," she said. "That's not to say there aren't plenty of breweries making great lagers or stouts, but other styles like bitters, milds, saisons, etcetera are much harder to find than they were even 10 years ago."

For beer-drinkers who would prefer to consume anything other than an IPA, this can prompt some disdain for the style. Occasionally, this erupts on Beer Twitter like it did late last week as thousands of people piled on about the merits (or lack thereof) of IPAs.

Within the discourse, however, are some clues as to what consumers want from breweries moving forward — especially since in-person drinking is back on the table for many Americans.

Both Grimm and Sauter pointed out recent, increased interest in dark German and Czech lagers, which are incredibly distinct from IPAs. In a dream world, Grimm would also love to see "bitter or mild as the next big style" — but that won't likely happen for a few big reasons.

"First off, it's a lot easier for a new brewery to hide flaws or go down an I-mean-to-do-that route with a so-called IPA that's full of 'other stuff' versus turning out a perfectly-crafted, more subtle style," she said. "There's no room to hide technical flaws, and there isn't the customer demand — at least not yet."

"I think it's a lack of depth in taprooms that makes people exhausted by the IPA," she said. "You have 10 taps, and six of them are DIPAs (double IPAs), two are imperial stouts, two are sours. Breweries are going by, 'Well, it's what the people want,' but . . . breweries that showcase depth — that brew many various styles and do it well — are the breweries that rise above."

In the end, the "next IPA" is likely just going to be another IPA — though perhaps only those made by deft brewers with a commitment to quality.

"I've had this discussion a lot over my 15-plus years in this business," Shreffler said. "And to be 100% honest, if brewers are constantly pushing the boundaries of the style, IPA will continue to be the 'new IPA.'"

In defense of beer: