Grace and Frankie are reminded by an old friend that "the tide's gonna turn, and it's all gonna roll your way" 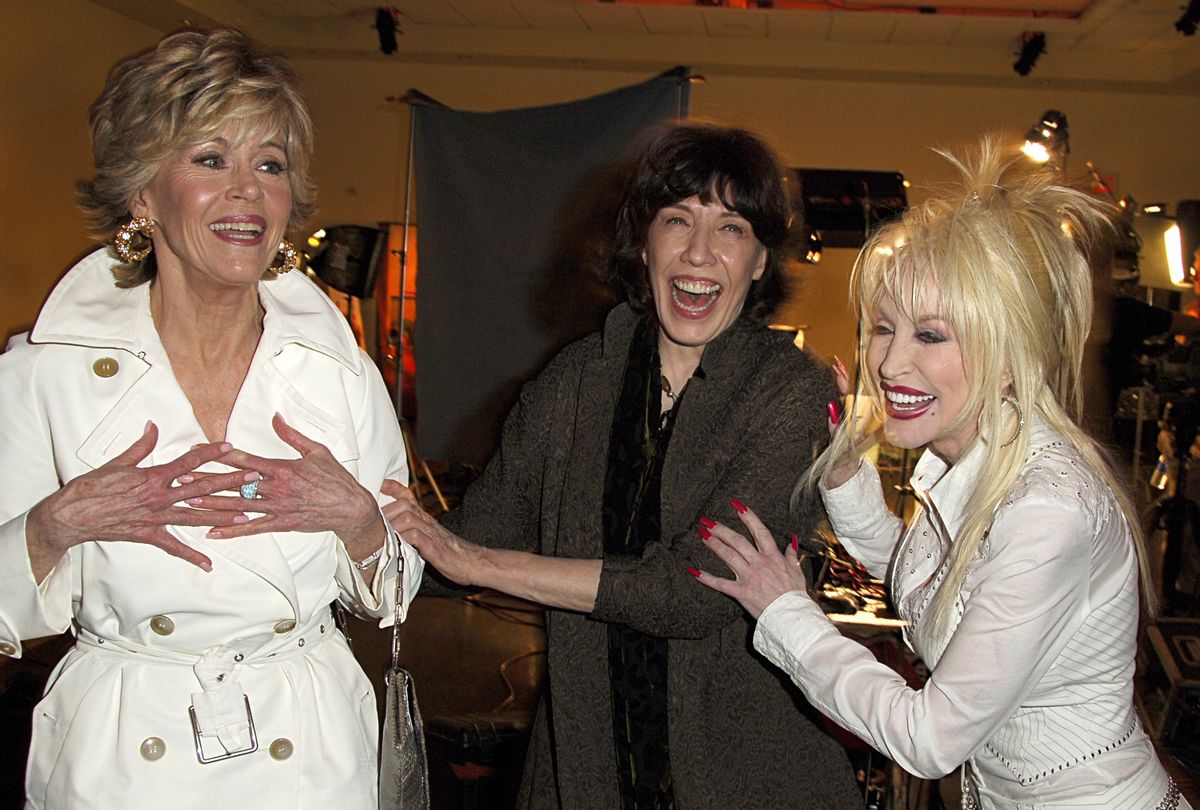 Jane Fonda, Lily Tomlin and Dolly Parton at the The Annex in Hollywood, California (Steve Granitz/WireImage)
--

SPOILER ALERT: Do not read if you have not watched the final episode of "Grace and Frankie," now streaming on Netflix.

After seven delightful seasons so fun to watch they felt like the equivalent of taking vitamins filled with pure joy, "Grace and Frankie" is coming to an end; but not without giving us one final gift.

In the very last episode of the series titled "The Beginning," Grace Hanson (Jane Fonda) and Frankie Bergstein (Lily Tomlin) suffer an unexpected martini related accident that has them both tumbling outta life and stumbling to the pearly gates of Heaven, where they're met by a familiar face.

Dolly Parton as Agnes in "Grace and Frankie" (Courtesy of Netflix)Frankie, struggling with her body's limitations and the looming threat of not only her death, but the eventual death of her dear friend, Grace, has taken to moping around the house and can only be lured to her feet by the offer to officiate the wedding of her son, Coyote (Ethan Embry). But once Frankie has a microphone in her hand she takes the opportunity to have an emotional conversation with Grace while everyone is stuck in their seats as a captive audience.

"It's not death I'm afraid of," Frankie says to Grace. "I'm afraid to get sick and not be able to walk, or use my hands, or any of the things that make me me."

Grace goes up to hug Frankie after hearing this, but accidentally spills her martini on the microphone in Frankie's hand, electrocuting them both. They fall to the ground in a clump of breathable fabrics and come to in a tell-tale white and peaceful room.

"Oh my God. We're dead?" Grace says, seated behind a table with brochures on it titled "So you're dead. Here's what you need to know."

"Yes, and you killed me." Frankie says. I knew it. You're my murderer."

"See. This is why I'm not a hugger," Grace replies. "Nothing good ever comes from it." 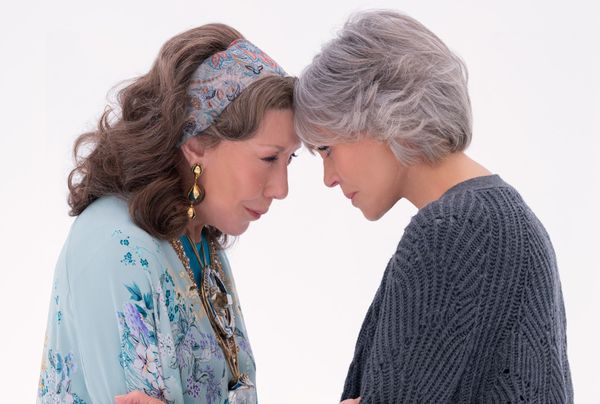 The two walk towards a white door and, opening it, find a woman seated at a small desk, facing away from them.

"We have always said, 'We need Dolly.' Who doesn't? We knew we wanted something for Dolly, and once we knew about heaven, it clicked. It was ideal," Marta Kauffman, creator of "Grace and Frankie" says in an interview with Variety on the finale, and Dolly's role as Agnes.

After explaining to Grace and Frankie that she's not "the almighty," just an angel, Agnes gives a little wink to "9 to 5," the film that Fonda, Tomlin and Parton all starred in together, saying "of course I haven't had a promotion in 250 years, but the benefits are heaven!"

Ever the negotiator, Grace has Agnes check her paperwork to see if there's been some mistake and Agnes finds that while Grace is not supposed to have died, Frankie's name is on her list. But after watching them in their tearful goodbyes; which gave me full-bodied goosebumps to such a degree that they were actually painful; Agnes turns her back so Frankie can stamp "returned" on her own paperwork as well.

It's been over 30-years since Fonda, Tomlin and Parton played their roles as Judy Bernly, Violet Newstead and Doralee Rhodes in "9 to 5," but the impact of those performances is indelible, and seeing the three reunite is powerful beyond just nostalgia.

"It's not just the fact that Dolly shows up. It's how she shows up. What the story is that brings her on. It's just beyond perfect," Fonda says in a quote pulled from Entertainment Tonight. "We were both just so moved when she turned that chair around and there she was."

We'll miss you, "Grace and Frankie!"