The 29-year-old will be the first Black actor to play the Doctor ... in the lead role that is 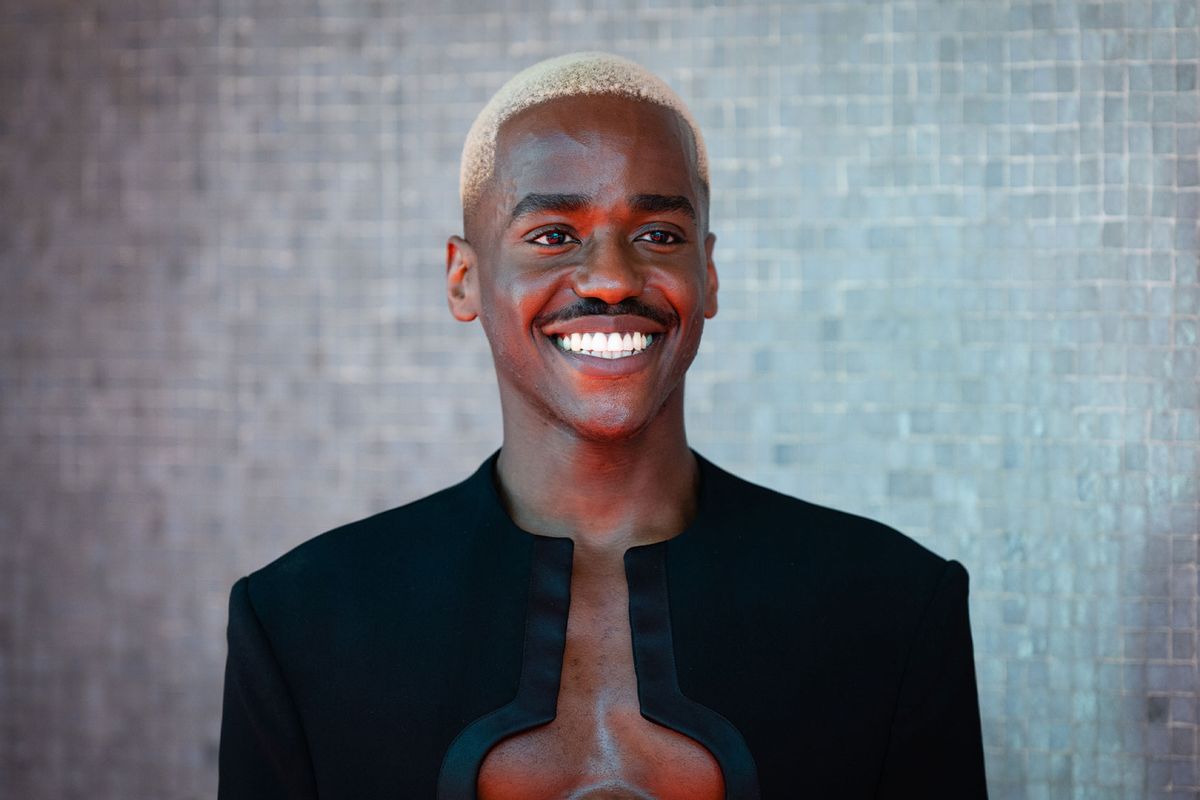 Jodie Whittaker's Doctor will be bidding farewell to the TARDIS soon, but a new Doctor is getting ready to take on the role of Time Lord.

On Sunday, the BBC announced that actor Ncuti Gatwa will play the star character on "Doctor Who," making him both the 14th Doctor and the first Black actor in the lead role in the show's history. Gatwa will follow in the footsteps of Whittaker, who became the first woman to officially play the role on television.

"There aren't quite the words to describe how I'm feeling. A mix of deeply honoured, beyond excited and of course a little bit scared," the 29-year-old actor said in a statement released by the BBC. "This role and show means so much to so many around the world, including myself, and each one of my incredibly talented predecessors has handled that unique responsibility and privilege with the utmost care."

RELATED: Former "Doctor Who" companion wants the next Doctor to be non-binary

Although Gatwa will be the lead, he isn't the first Black actor to play a version of the Doctor, however. During Whittaker's tenure, the series introduced the Fugitive Doctor (Jo Martin), who is supposedly a previous incarnation of the Doctor but erased from the First Doctor's memory.

"I am overflowing with happiness. Ncuti makes all of our days brighter on set with his boundless enthusiasm and radiant energy. This could not happen to a better human being PERIOD," tweeted "Shang-Chi" star Simu Liu, who is filming "Barbie" with Gatwa. "THE DOCTOR IS IN!!!!!!!!"

"Honestly, I'm ecstatic that we are in a time where we have two marvellously talented black actors playing the Doctor across mediums," wrote another user. "Ncuti Gatwa and Jo Martin – Fourteen and Fugitive supremacy. Sometimes, you just feel seen. And that's amazing."

One user also noted that Gatwa was just 12 years old when "Doctor Who" was relaunched in 2005, which makes his upcoming role all the more exciting.

"Never seen Doctor Who a day in my life and maybe that's about to change!" tweeted author Benjamin Dean. On a similar note, British author and journalist Bolu Babalola wrote, "We don't even be watching Doctor Who like that. But now I am ready to watch the nerd phone box show."

Gatwa, who was born in Rwanda and raised in Scotland, is best known for playing the outgoing and lovable Eric Effiong on Netflix's hit series "Sex Education." In addition to his upcoming role, the actor will also star alongside Margot Robbie in Greta Gerwig's "Barbie" rom-com film.

The new season of "Doctor Who," will return in 2023, will also see the return of showrunner Russel T. Davies, who helped revive the program for the modern era before leaving his role in 2009.

"The future is here and it's Ncuti! Sometimes talent walks through the door and it's so bright and bold and brilliant, I just stand back in awe and thank my lucky stars," Davies said in a statement. "Ncuti dazzled us, seized hold of the Doctor and owned those TARDIS keys in seconds. It's an honour to work with him, and a hoot, I can't wait to get started."