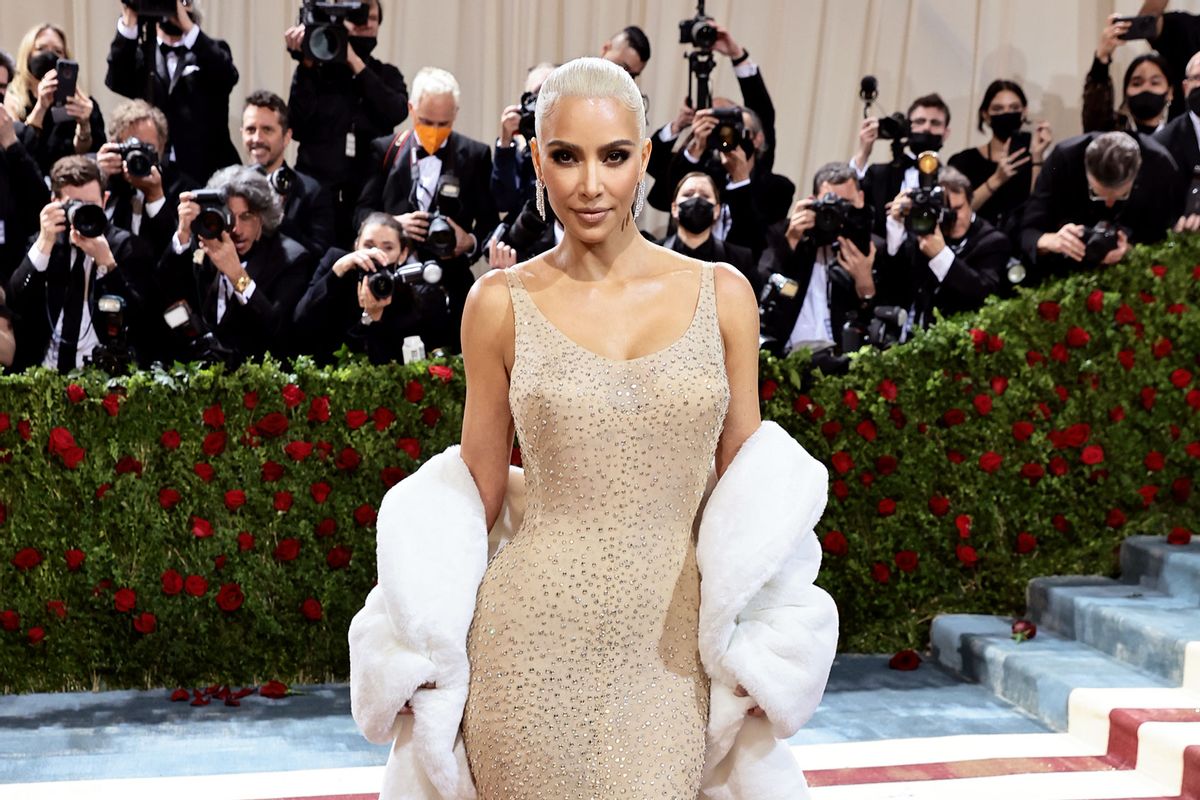 Kim Kardashian attends The 2022 Met Gala Celebrating "In America: An Anthology of Fashion" at The Metropolitan Museum of Art on May 02, 2022 in New York City. (Jamie McCarthy/Getty Images)
--

Alongside internet critics and costume historians, Bob Mackie is also not a fan of Kim Kardashian's Marilyn Monroe showcase at the Met Gala.

"[Marilyn] was a goddess. A crazy goddess, but a goddess. She was just fabulous. Nobody photographs like that. And it was done for her. It was designed for her," Mackie continued. "Nobody else should be seen in that dress." He added that Kardashian donning the dress was damaging its preservation and overall, diminished its historical significance.

"The Kardashians" star lost 16 lbs. in three weeks to fit into the original dress, which was flown to her privately from Ripley's Believe It or Not Museum in Orlando, Florida. She told Vogue that she didn't starve herself but followed an extremely strict regimen.

"I would wear a sauna suit twice a day, run on the treadmill, completely cut out all sugar and all carbs, and just eat the cleanest veggies and protein," she explained.

RELATED: The 6 most heartbreaking Marilyn Monroe moments from Netflix's "The Unheard Tapes" documentary

Kardashian only wore the dress for a few minutes on the Met Gala red carpet before changing into a lookalike gown. The brief moment, however, was enough to break the internet as fans and followers critiqued the decision and deemed it as a sign of disrespect.

Per Art News, the International Council of Museums (ICOM) emphasized the importance of protecting historical garments, like Monroe's gown, and explained that specific things (which were probably at the public event), like fragrance, makeup, jewelry, stage lighting, humidity, and photographic flashes, all ruin an outfit's quality.

"Historic garments should not be worn by anybody, public or private figures," ICOM said in a statement. "Prevention is better than cure. Wrong treatment will destroy an object forever."

Kardashian later expressed her appreciation for being able to wear the dress and emphasized that she did everything she could to make sure it stayed in tip-top shape.

"I'm extremely respectful to the dress and what it means to American history. I would never want to sit in it or eat in it or have any risk of any damage to it and I won't be wearing the kind of body makeup I usually do," she stated. "Everything had to be specifically timed and I had to practice walking up the stairs."

On Met Monday, the reality television personality also wore the sequined Norman Norell dress, which Monroe famously wore to the Golden Globes in 1962. Kardashian told Vogue that channeling Monroe's style felt appropriate for the event's "In America: A Lexicon of Fashion" theme.

"The idea really came to me after the gala in September last year," she said. "I thought to myself, what would I have done for the American theme if it had not been the Balenciaga look? What's the most American thing you can think of? And that's Marilyn Monroe."