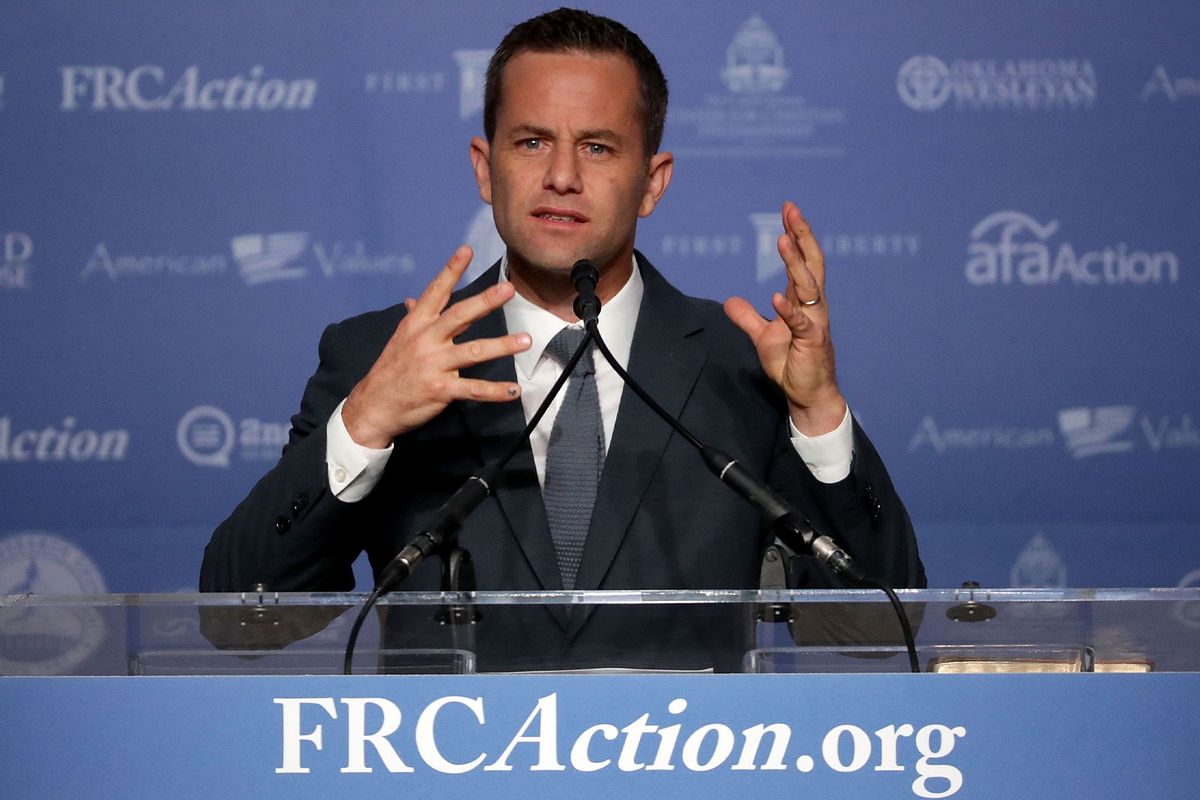 "Growing Pains" star Kirk Cameron is making it clear that he's not a fan of America's public schools, echoing many far-right talking points when it comes to the dangers of teaching about equality, spinning it as dangerous indoctrination.

In a recent interview with Fox News Digital, the actor says he believes public schooling advocates for a "far left agenda" that encompasses critical race theory, so-called "gender ideology."  All of this was in relation to his new documentary that promotes homeschooling, suggesting that parents taking charge of their children's education is the ultimate solution.

"The problem is that public school systems have become so bad. It's sad to say they're doing more for grooming, for sexual chaos and the progressive left than any real educating about the things that most of us want to teach our kids," he said.

Cameron continued, stating that the system doesn't allow parents to have any say about their children's education and instead, places that responsibility on "so-called experts."

"And that's just a fundamental difference in the way that we look at. Who has been entrusted with the sacred responsibility of raising our children? Is it the parents or is it the government?" He also condemned "those who are rotting out the minds and souls of America's children" and said they were "spreading a terminal disease, not education."

"And you can take your pick. Just go down the list," Cameron continued. "The things that are destroying the family, destroying the church, destroying love for our great country: critical race theory, teaching kids to pick their pronouns and decide whether they want to be a boy or a girl, The 1619 Project."

Cameron's sentiments were reiterated in an online video shared Tuesday by former Republican federal prosecutor Ron Filipkowski. In the clip, the actor asserted that public schools across the nation are "doing more grooming for leftist politics and sexual chaos, and racial confusion," than "doing any real educating about truth, beauty and goodness."

It didn't take long for Cameron to become a trending topic on social media as users blasted his criticism of public school teachers.

"2 public school teachers last week literally put themselves in front of bullets and were killed attempting to save their students," wrote one user, referring to the mass shooting that took place in Uvalde's Robb Elementary School. "Kirk Cameron can f**k all the way off."

Other critics poked fun at Cameron's acting career and expired fame, with one stating, "Kirk Cameron has angered me with the dumb things that he said that I bought a time machine, went back to 1986, ran into my sisters old room and ripped down a poster of him."

In his Fox News Digital interview, Cameron also promoted his upcoming movie, "The Homeschool Awakening," which focuses on Cameron's decision to homeschool his six children along with the experiences of 17 additional families who have all ditched public education in favor of teaching their children themselves.

"Homeschool was not on our radar screen because we had these misconceptions and stereotypes like so many people do. Like, you know, that's for like Quakers and the Amish, and how could you possibly teach your kids enough so that they get into college? What about socialization?" he said.

Cameron claimed that homeschooling actually helped his children "discover [their] own individuality and uniqueness" and allowed for "a healthy, flourishing community" at home.

"They learn to reject a God . . . they learn to reject our country," Cameron said, once again speaking ill of the public school effect. "And how did that happen? Well, that's the kind of regret that we don't want as parents. And so if we're willing to put in some extra effort and time now, we will be so glad that we did and will lift our hands in gratitude and say, 'Thank you that I woke up and I saw the light.' And millions of parents are."