Jada Pinkett Smith: Will Smith and Chris Rock should "reconcile" and "heal" after Oscars slap

The actor also addressed her alopecia, the condition that caused her hair loss and sparked Rock's ill-advised joke 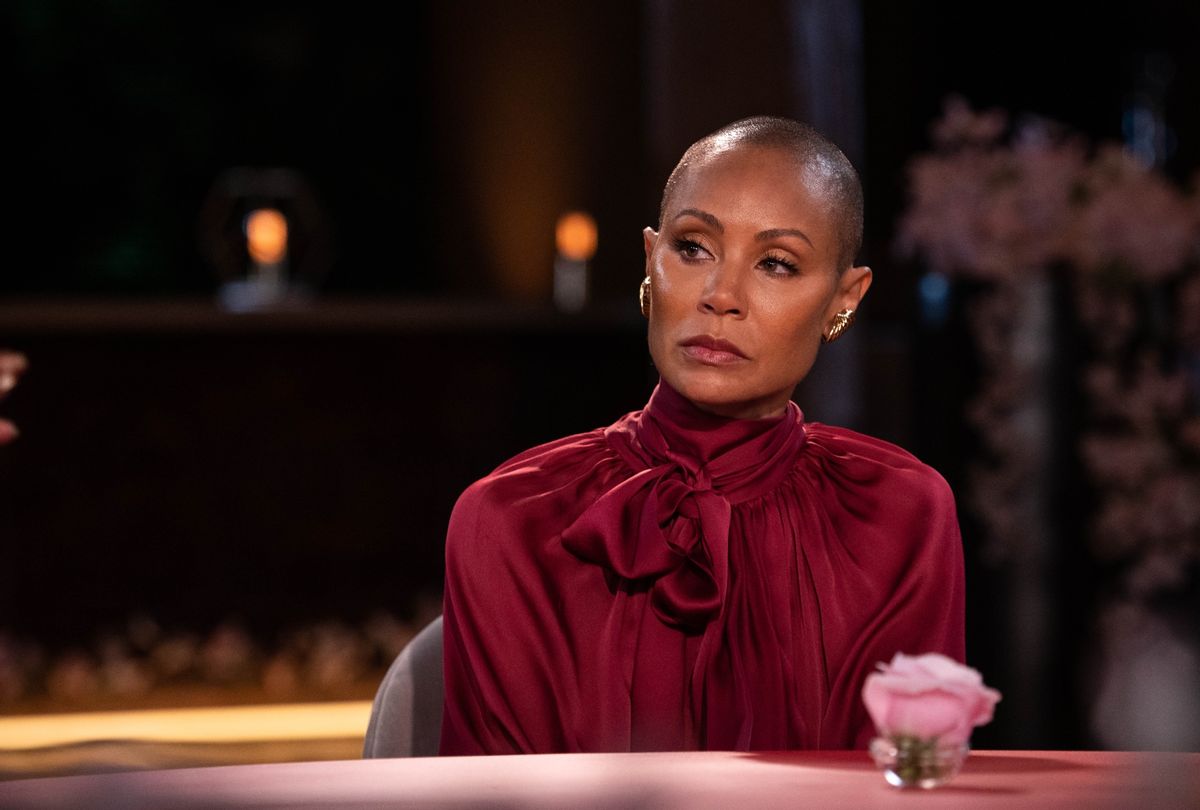 On Wednesday's episode of the Facebook Watch series "Red Table Talk," Jada Pinkett Smith finally spoke up about the infamous slap at the Oscars.

At the March awards ceremony, her husband Will Smith slapped Chris Rock on stage after the comedian poked fun at Pinkett Smith and her lack of hair. The televised altercation launched a million thinkpieces attempting to assign blame or identifying the most injured party.

Pinkett Smith had stayed mum until now, deciding to address The Slap in the opening of Wednesday's episode: "About Oscar night, my deepest hope is that these two intelligent, capable men have an opportunity to heal, talk this out and reconcile," she said.

"The state of the world today, we need them both. And we all actually need one another more than ever. Until then, Will and I are continuing to do what we have done for the last 28 years, and that's keep figuring out this thing called life together. Thank you for listening."

RELATED: What is alopecia, and why might someone (or their spouse) be sensitive about it?

Pinkett Smith then pivoted to the main topic of the "Red Table Talk" episode: alopecia — an autoimmune disorder that causes significant hair loss in people, including Pinkett Smith. The misinformation about the disorder, the psychological effects, and how the Oscars Slap occurred as the result of these forces all combine to make understanding alopecia essential.

"This is a really important 'Red Table Talk' on alopecia. Considering what I've been through with my own health and what happened at the Oscars, thousands have reached out to me with their stories," Pinkett Smith said. "I'm using this moment to give our alopecia family an opportunity to talk about what it's like to have this condition and to inform people about what alopecia actually is."

Pinkett Smith talked about having to go bald "without a choice."

"That gives me a lot of anxiety," she said. "What's my hair going to look like today?"

Pinkett Smith also sat down with Niki Ball, the mother of Rio, her 12-year-old daughter who had alopecia. Rio was frequently bullied for her looks, oftentimes being called a list of derogatory names by her peers at school. She died by suicide in March.

"With the hair loss, she was so strong," Ball said of her daughter. ". . . With school coming up, we got her that super cute wig, she loved it, and she glowed then. But at school, within a couple of weeks, she was like, 'I don't want to wear it anymore, there's no point.' She had it ripped off her head. She'd get smacked upside on the head walking down the hallway. And that was within the first two weeks, three weeks. It got really bad for her."