Salon recaps the seventh episode in which, at long last, Tokyo and the house recreate a classic reality TV song 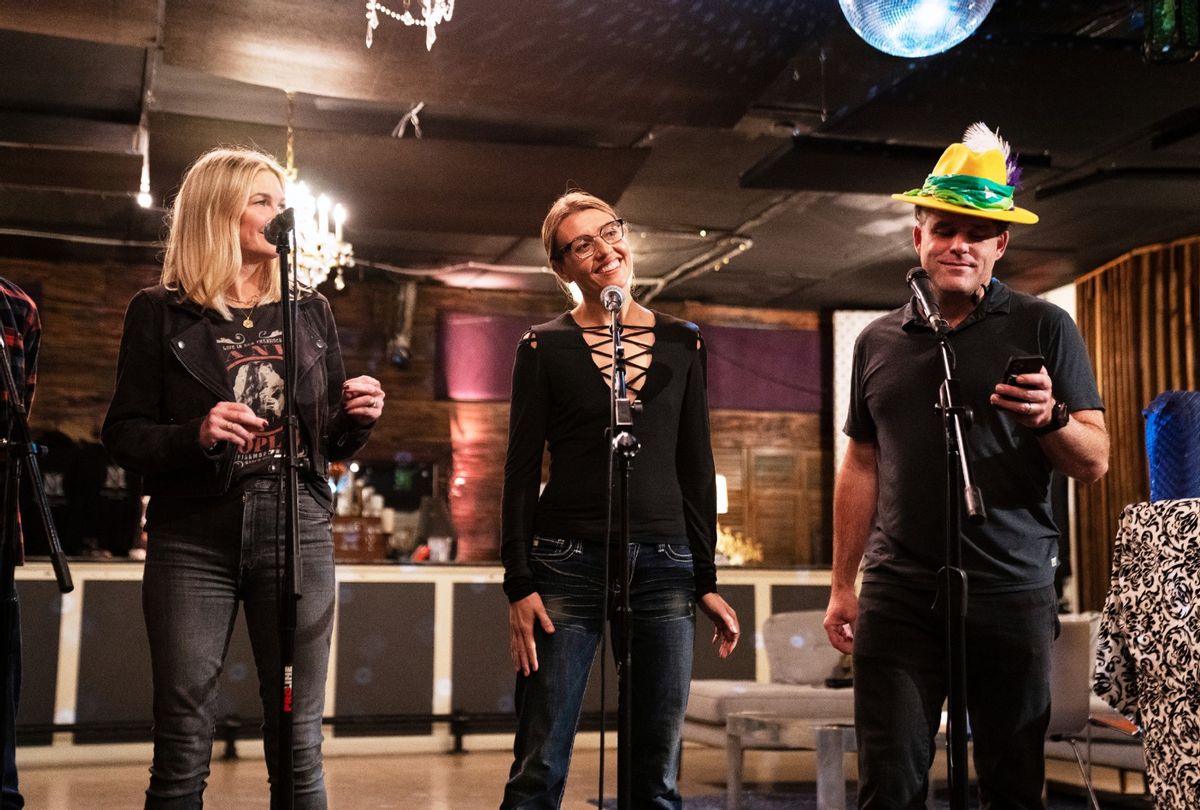 In the original season of "The Real World New Orleans," which aired in 2000 when such hits as "Country Grammar" by Nelly and "It's Gonna Be Me" by 'NSYNC topped the charts, we were given a musical gift by Tokyo (David) Broom that we did not quite know, at that time, how to honor in the way it has always deserved to be honored. But now, seeing the whole cast of "The Real World Homecoming: New Orleans" take to the studio to recreate the infamous song as an ensemble, we're fully ready to be somebody's baby tonight.

The backstory of how "Come On Be My Baby Tonight" came to be could fill its own 33 1/3 book, but it can all be traced back to the original season when the housemates were tasked with producing a weekly cable-access show called "The Real 7." This whole assigning jobs thing was something MTV tried out for the first few seasons of "The Real World," as a way to create and then maintain drama within the house, but it was phased out after awhile, probably when people realized that being on the show was work enough.

In a segment of "The Real 7" produced by Kelley Limp (now Wolf), the housemates were instructed to introduce themselves by answering a few questions about their personal interests. Tokyo (David), chose to break out of the standard format followed by everyone else in the house by performing a song instead, which he described as being "interpretive of what's inside him." And the rest is musical history.

"You can't be 'Tardy For the Party' without being somebody's baby tonight."

Melissa Beck looks back at the origins of "Come On Be My Baby Tonight" and, like most everyone else, recognizes it as the watershed moment it was. Referencing other now viral reality TV songs by "Real Housewives of New York" stars Luann de Lesseps and Kim Zolciak-Biermann, she comments during an aside that Luann's "Money Can't Buy You Class" can't top "Come On Be My Baby Tonight;" and that "You can't be 'Tardy For the Party' without being somebody's baby tonight." Both facts.

With Kelley, Melissa, Julie Stoffer, Matt Smith, Danny Roberts and Jamie "I'm wearing a hat" Murray on backup vocals, Tokyo takes to the keys to make magic for a new generation of reality TV fans. Where 22 years ago this musical gold was laughed at by people like Dave Chappelle, it has found a permanent home in the pop culture zeitgeist, where it belongs.

Breaking up this moment of shared sincerity and appreciation in an awkward and socially inappropriate way that has become her signature personality trait, Julie resumes her campaign against the sensibilities of the house by showing everyone nude photos of her husband, Spencer. Rushing forth, phone in hand, she shoves a picture in Kelley's face and waits for a response.

"What am I looking at?" Kelley asks. And then rushes off in disgust when it registers, as though she'd just been shown images from a fatal plane crash.

"I don't wanna live in a house where it just feels icky all the time."

No one person could come up with a proper excuse for why Julie behaves so "Julie" all the time, but Kelley is over it, summarizing her grievances by saying, "I don't wanna live in a house where it just feels icky all the time." Taking a page out of the Goop handbook with a direct and poised approach, she pulls Julie aside and tells her, "Have a seat." Hearing these words spoken in this way filled the totality of my mind and body with a very specific fear, like maybe I was about to be fired, or arrested for tax evasion. People in Kelley's past have attempted to f**k around and find out, but I would never dare to be one of them. Julie doesn't seem to be too fazed though, sitting across from Kelley, face open and confused, with every one of her 32 teeth exposed as she is asked to please refrain from talking about masturbating and whatever the hell else in Kelley's presence. Julie might think it's OK to disrespect her own marriage by making personal photos public and going on about being given a "hall pass" to sleep with Jamie, but her whole deal makes Kelley visibly disturbed.

When the house receives an "incoming message" focusing on Kelley and her relationship with Peter, a man she met in New Orleans while filming the original season, we learn that a history of being bullied by other girls in high school led to her developing defense mechanisms that can sometimes read as icy to others. Kelley tells her housemates that "poised is protection," but it seems like living with Julie is testing the limits of that poise. If Kelley is able to focus on the bond she's maintained with Danny all these years, and her newly formed friendship with Melissa, she might be able to make it to the finale. But if Julie pushes her boundaries any further, Kelley is liable to pack up her picnic blanket and close this New Orleans chapter of her life for good.