Dave Chappelle was attacked during standup – Is this The Slap all over again?

"Was that Will Smith?" Chris Rock joked after the incident during Netflix's comedy festival 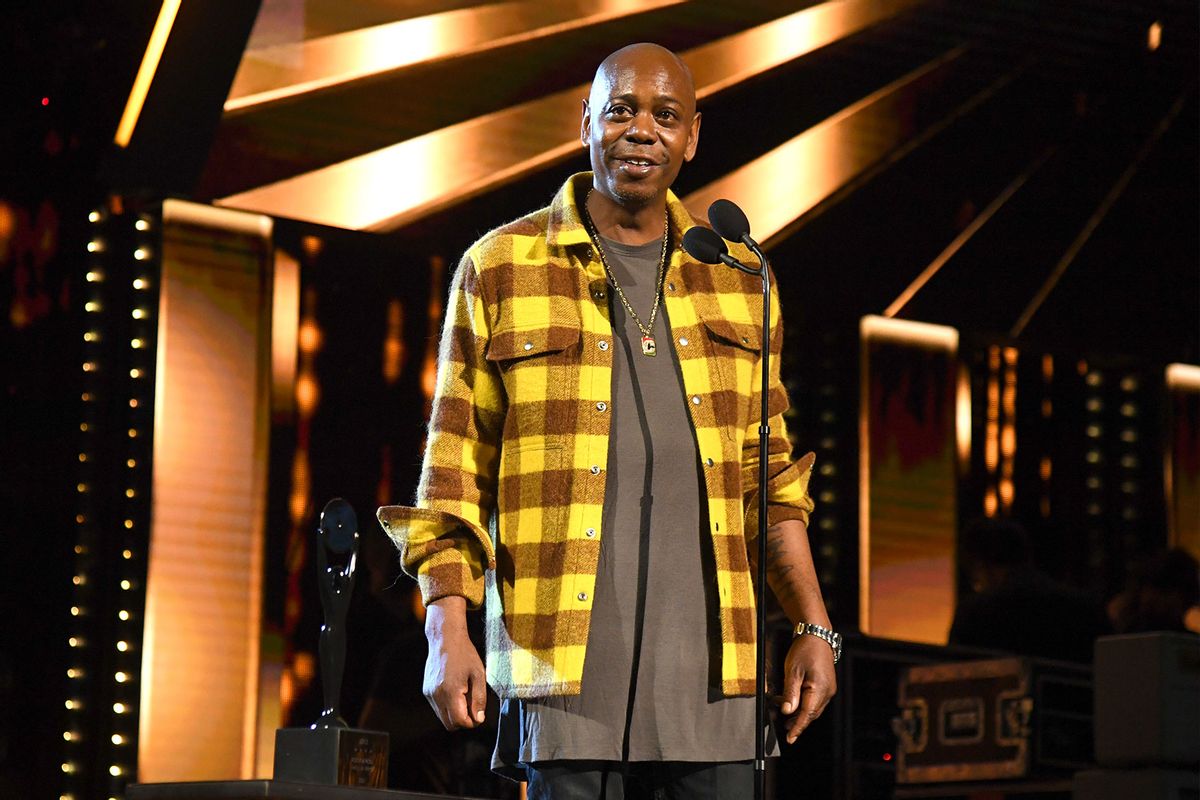 Disgraced comedian Dave Chappelle's performance at the Hollywood Bowl on Tuesday in Los Angeles was interrupted by a sudden, public attack.

An audience member at Chappelle's show — who has now been identified as 23-year-old Isaiah Lee — tackled Chappelle onstage while carrying a replica gun that could discharge a knife blade, per Variety. Although the show was described as a "phone-free experience," online video footage was captured and shows Lee running up to the stage and tackling the comedian before being caught by who appears to be Chappelle's security personnel.

Chris Rock, who was recently attacked onstage by actor Will Smith at the Academy Awards ceremony in March.

Lee was detained by the venue's security team and later taken to the hospital with "superficial injuries," according to the Los Angeles Police Department. He is currently being held on $30,000 bail and will be charged with a felony count of assault with a deadly weapon.

Actor Jamie Foxx is also seen rushing on stage to help and guard Chappelle. In one phone video ,Foxx is heard saying of Chappelle: "Listen, I just want to say this man is an absolute genius. We've got to make sure we protect him at all times . . . For every comedian who comes out here, this means everything. You're a genius. You're a legend, and we're not going to let nothing happen to you."

Echoes of The Slap?

Neither Chappelle nor any officers were injured, the LAPD added. Following the incident, Chappelle maintained his composure, resumed his set and later joked that his attacker "was a trans man."

The joke acknowledges he's made enemies in the transgender community and their supporters. The controversial comedian previously came under fire for his transphobic and homophobic jokes and rhetoric when he proudly said he's a member of "team TERF" and once boasted of beating up a lesbian woman. In October, hundreds of Netflix employees staged a walkout in protest of the platform's defense of Chappelle and his Netflix special, "The Closer," in which he made his transphobic jokes.

Meanwhile Chris Rock, another one of the comedians at the event, also joked, "Was that Will Smith?"

He's of course referring to the Slap heard 'round the world at this year's Oscars, when the "King Richard" actor took issue with one of Rock's jokes made at the expense of wife Jada Pinkett-Smith, walked up on stage and slapped the comedian.

Both Chappelle's and Rock's jokes also refer to a fear that Kathy Griffin, Joy Behar and other comedians have voiced: that people who take offense at humor will now be emboldened to express their displeasure with physical violence.

Chappelle's latest performance at the Hollywood Bowl amphitheater is part of the Netflix Is a Joke: The Festival, which is taking place from April 28 to May 8. The lineup also includes acts from Leslie Jones, Ali Wong, Amy Schumer, Jon Stewart and many more.

"The incident that occurred at the Hollywood Bowl on May 3, 2022, is an active investigation and we are unable to comment further at this time," the spokesperson disclosed.