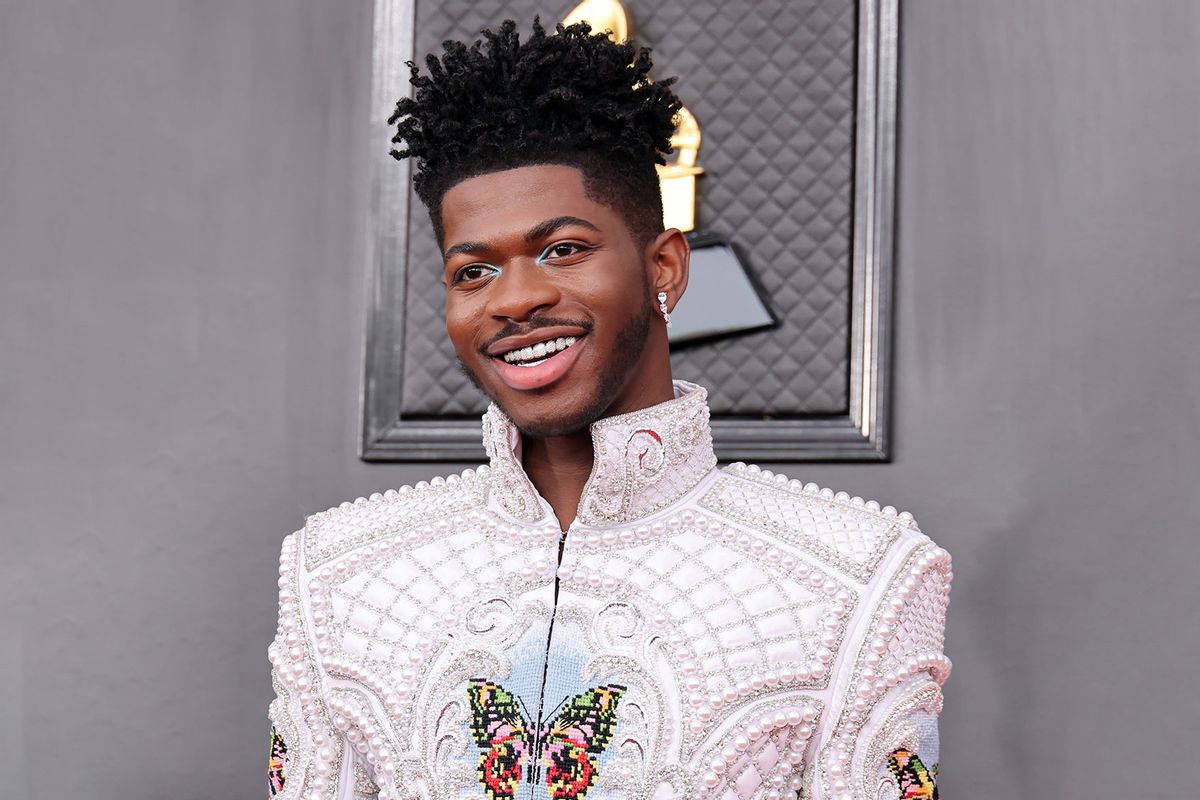 Following a now-deleted rant on Twitter last week, Lil Nas X is continuing to bash homophobia within the Black community after receiving no nominations in this year's upcoming BET Awards, which notably celebrates Black excellence across the entertainment industry.

On Tuesday, the "Montero" rapper and unapologetically queer artist publicly called out the network, which stands for Black Entertainment Television, in an unreleased diss track titled "Late To The Party."

"F**k BET! F**k BET! F**k BET!" Lil Nas lip-synced in a minute-long clip while repeatedly sticking up his middle fingers. The video, which garnered close to two million views on Twitter, further propelled his attack on the network and its supposed prejudice against queer artists of color.

Lil Nas' social media tirade began last week, when the artist addressed BET in a deleted post saying, "Thank you bet awards. An outstanding zero nominations again," alongside the brief comment, "Black excellence!" Per Deadline, he expressed similar sentiments in a subsequent post that read, "Black gay people have to fight to be seen in this world. Even when we make it to the top, mfs try to pretend we are invisible."

So far, Lil Nas has received only one BET nomination, which was back in 2020 for Best New Artist. He has not received any nominations since.

Many fans and followers questioned the rapper's recent behavior, noting that he has won more prestigious accolades in the past, including two Grammys for his 2020 hit song "Old Town Road." In a series of quote tweets, Nas reiterated that for him, it isn't about the awards but more about increasing queer, marginalized representation and visibility within the music scene.

"[T]his not over, no BET award," he wrote in a separate tweet posted on Tuesday. "[T]his is about the bigger problem of homophobia in the Black community, y'all can sit and pretend all u want but imma risk it all for us."

In another tweet, written in response to his BET snub, Lil Nas wrote, "This is my point exactly how can i get acknowledged by the most acclaimed award show in the world and then not even just 1 nomination from my own people? Is that not crazy? Am I really tripping"

Lil Nas also pointed out that fellow rapper Jack Harlow, who collaborated with him on their hit single "Industry Baby," earned a recent BET nomination for Best Male Hip Hop Artist. To be clear, Harlow, who is merely featured on the track, is also a white artist.

"Funny thing is 'Industry Baby' was the biggest song me & Jack released last year in the eligibility period but only one of us got a nomination," Lil Nas explained.

On Wednesday, BET responded to Lil Nas' allegations in a statement to Deadline:

We love Lil Nas X. He was nominated for a Best New Artist BET Award in 2020, and we proudly showcased his extraordinary talent and creativity on the show twice: he performed "Old Town Road" with Billy Ray Cyrus at "BET Awards" 2019 and his "BET Awards" 2021 performance was a highlight of our show. No one cheered louder that night than BET.

Unfortunately, this year, he was not nominated by BET's Voting Academy, which is comprised of an esteemed group of nearly 500 entertainment professionals in the fields of music, television, film, digital marketing, sports journalism, public relations, influencers, and creative arts. No one from BET serves as a member of the Voting Academy.

At BET, we are passionate advocates for the wonderful diversity that exists within our community. We are committed to using all of our platforms to provide visibility and inclusion for all of the many intersections of the Black community.