As we commemorate the memory of Juneteenth, let's remember that progress does not occur evenly 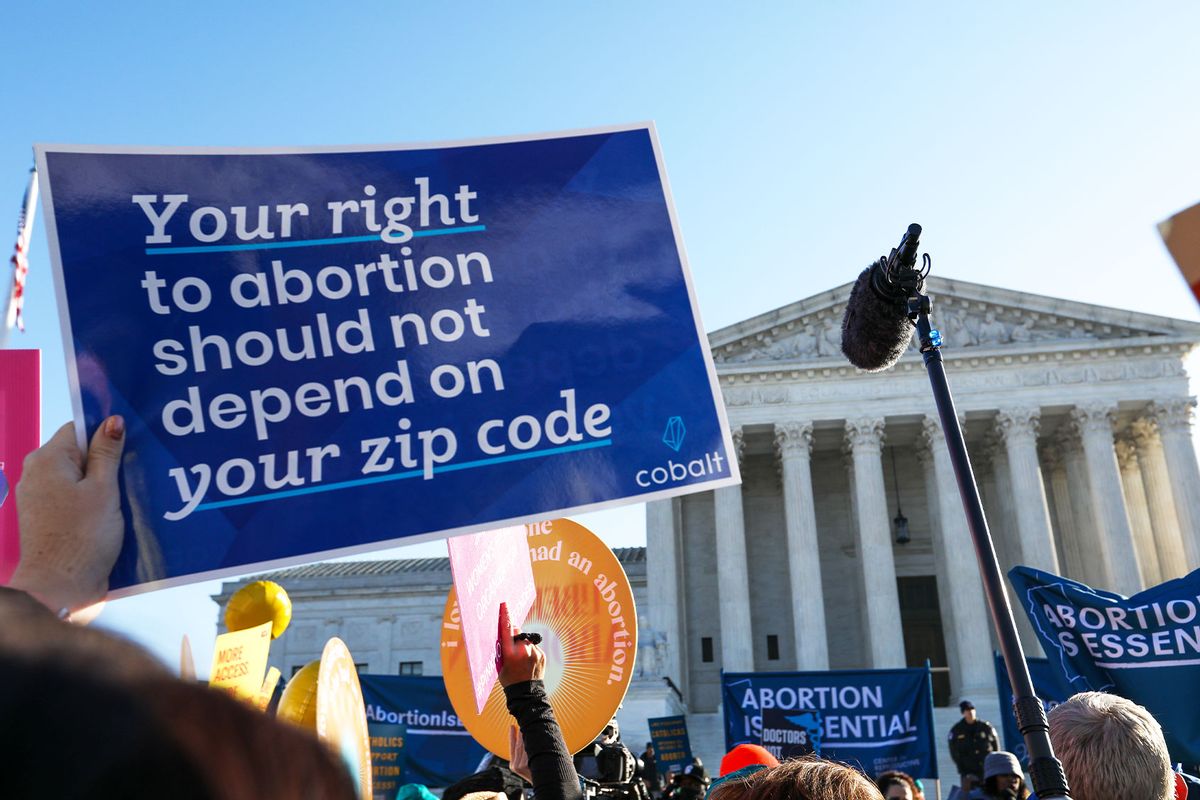 One-hundred and fifty-seven years ago today, troops arrived in Galveston, Texas with a life-altering message: Slaves were finally free. It was a moment of joy and elation for the 250,000 enslaved Black people in the region.

But the announcement came with a major blemish: It happened a deliberate two and a half years after the signing of the Emancipation Proclamation. White slaveholders, who weren't ready for their oppressive regime to end, maliciously withheld the news.

As I reflect on Juneteenth, I can't help but consider how this piece of history parallels today's society. Our access to basic needs and rights — including abortion, voting rights, education, health care, and more — continue to be determined by where we live. It's a reality that is particularly devastating for people of color, for whom freedom has always been illusory.

RELATED: How are we supposed to celebrate July 4 after Juneteenth?

I see these inequities clearly in my work at the Mississippi Center for Justice, which works to dismantle systemic racism throughout the state. Every day, Mississippians struggle to access the rights and protections that people in other states can access with ease.

Take reproductive rights. While many people in the country can easily get a safe and free abortion, the entire state of Mississippi has one abortion clinic and strict abortion restrictions, making it incredibly difficult to access the procedure. Of course, Mississippi isn't alone in this: many states have erected enormous barriers to reproductive rights. In Texas, for example, any person can sue an individual who helps a woman get an abortion — and pocket $10,000 in the process.

In just a few weeks, this could become far worse. We're co-counsel on Dobbs v. Jackson, the case that the Supreme Court may use to overturn Roe v. Wade. Even before the official verdict, many anti-abortion lawmakers are seizing the opportunity by proposing and passing legislation that would make abortion virtually impossible. If Roe is struck down, abortion could be banned or severely restricted in nearly half the country. What was once a constitutionally protected right for every American could then be determined solely by where a person lives — or whether they have the resources to travel.

Unfortunately, the zip code restrictions don't end with reproductive rights. A person's location also dictates whether or not a person can participate in our democracy and cast their vote. Many people, mostly people of color, are intentionally locked out of the process. For example, many states, including Mississippi, prevent people with certain felony convictions from voting. Additionally, while a Black person living in the Mississippi Delta may have to wait hours in line to vote, white voters in well-to-do neighborhoods can breeze through the process.

And now, even more voter suppression tactics are emerging — including limitations on mail-in ballots, reduced polling locations and new barriers to voter registration. Since the beginning of 2021, lawmakers in 18 states have passed legislation limiting voting access, according to the Brennan Center.

Location also impacts the livelihoods of those who can't vote or leave a state on their own: our children. The quality of education our students receive is tied directly to their zip codes. Schools in minority districts receive an average of about $2,200 less per student than those in white-majority districts in one year, a gap amounting to billions of dollars nationwide.

And now, one's home state will also determine who will be taught the full story of America. Dozens of states have proposed or passed legislation that claims to ban critical race theory, but would really force teachers to whitewash our history. If it were up to these states, books and lesson plans on Juneteenth would probably be banned.

RELATED: How this tiny Christian college is driving the right's nationwide war against public schools

The list of location-based disparities goes on. A dozen states have yet to expand Medicaid, leaving hundreds of thousands of poor Americans without a way to access health care. Meanwhile, millions of Americans in poor, rural areas lack access to broadband internet access, denying them access to education, entrepreneurship, telehealth and more. And as climate change increases the severity and number of natural disasters, affluent neighborhoods continue to receive faster support than poorer ones.

So today, let's commemorate the memory of Juneteenth. But let's also remember that progress does not occur evenly. Strengthened rights in one place can come with weakened rights in another — and people of color often suffer the most. We must keep fighting to ensure that all people have access to their due opportunities and rights.

Read more about the fight for abortion rights:

Harya Tarekegn is Director of Advocacy and Policy at the Mississippi Center for Justice, a non-profit public interest law firm dedicated to dismantling the state's culture of inequity and injustice.