Will Byers on "Stranger Things" was always going to be gay

Fans of the horror genre should have seen this one coming 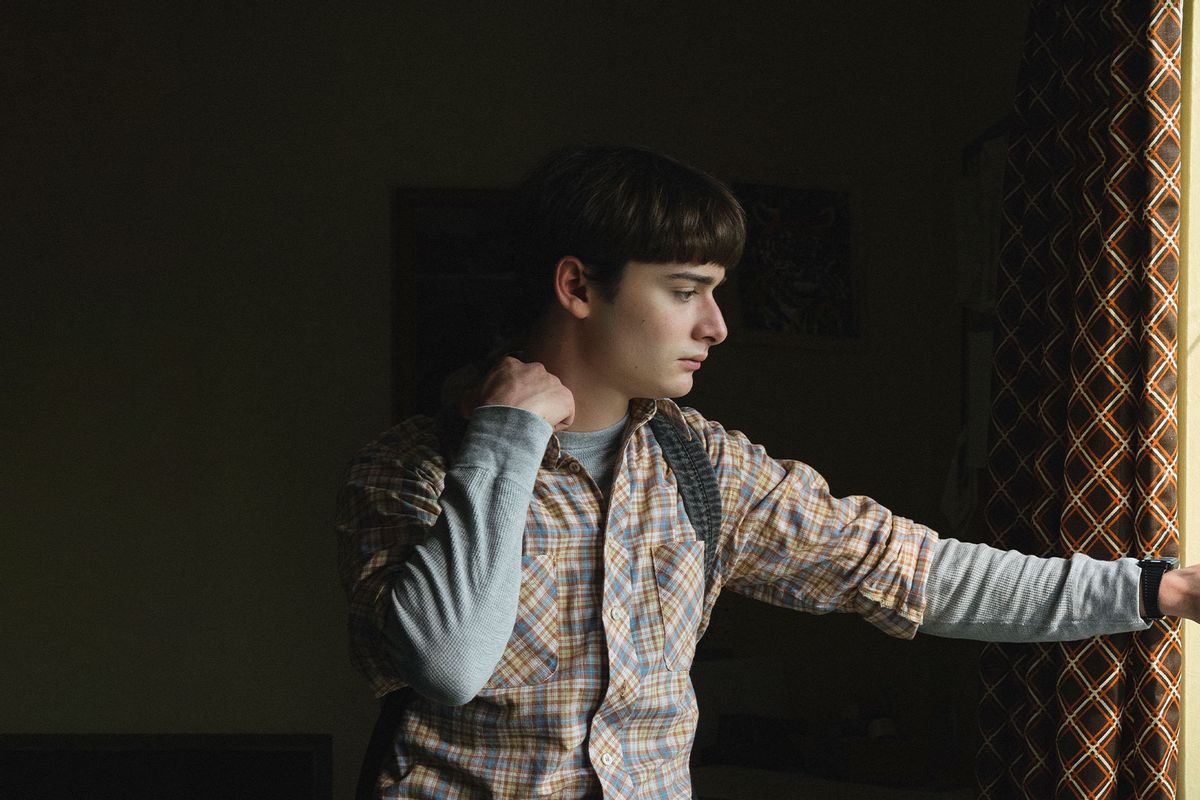 Noah Schnapp as Will Byers in "Stranger Things" (Atsushi Nishijima/Netflix)
--

Fans who completed Volume 2 of "Stranger Things" Season 4 will know Will Byers (Noah Schnapp) has finally, in a roundabout way, come out as gay. The show doesn't actually say he's gay outright. But this shyness is pretty faithful to the 1980s, a time when coded language was often employed to identify someone as queer. The 1980s was also a time when cisgender boys and men considered "too feminine" (i.e. not conforming with society's strict views of masculinity) were unfairly linked with the monstrous. And it's this latter fact especially that paved the way for Will Byers' coming out.

But first, let's take a look back at the instances of coded language. While fans may have missed these brief moments, they certainly were there in prior seasons. Way back in the very first episode, after Will first disappears, his mom Joyce Byers (Winona Ryder) seeks local police chief, Hopper's (David Harbour) help. Though Hopper thinks Will might be off playing hooky, Joyce disagrees: "He's not like you, Hopper. He's not like me, he's not like . . . most." She then adds, "Look, he's a sensitive kid." In the '80s, "sensitive kid" usually signaled someone wasn't being heteronormative in terms of their performance of stereotypical gender roles.

If this clue wasn't enough, the scene at the police station then becomes more heavy-handed in foreshadowing Will's sexuality. In a hushed tone, Joyce says that her ex-husband used to call the boy "queer," almost mouthing the word so no one would hear her. Hopper asks if the boy is, and Joyce, exasperated, shouts: "He's missing! Is what he is." Later on in Season 3, Will is peeved that his friends' girlfriends have distracted the boys from their Dungeons & Dragons play, and Mike hollers at Will, "It's not my fault you don't like girls!"

Beyond these hints subtle or big, fans of the horror genre might have known Will Byers was always going to be gay. In Carol Clover's seminal 1992 study, "Men, Women, and Chain Saws," she writes that in occult and paranormal films, those who are "open" to being in tune with the paranormal are always gendered as being more "feminine." "Occult films code emotional openness as feminine, and figure those who indulge in it, male and female, as physically opened, penetrated," she writes.

To be clear, Will's sexuality should not be conflated with being female or feminine; rather his character's arc is following a pattern set forth by characters who were not the stereotypical macho heroes of the era. Clover's idea of openness and breaking through barriers is also why such films deal in open portals and gateways that shouldn't be crossed but always are. Will in "Stranger Things" is pulled into the Upside Down in Season 1 and becomes possessed by the Mind Flayer in Season 2, where much of the season's plot revolves around freeing him from this possession, a trauma that's remarkedly sexualized. When he's first possessed, the Shadow Monster enters his mouth and presumably other orifices — Will later confides in his best friend Mike (Finn Wolfhard) that he can feel the Shadow Monster, disturbingly, "everywhere."

Finn Wolfhard as Mike Wheeler and ﻿Noah Schnapp as Will Byers in "Stranger Things" (Ursula Coyote/Netflix)But after this possession, Will gains the ability of "Truesight" and can likewise peer into the Shadow Monster's mind, making Will one with the Shadow Monster but also simultaneously gifted and open to the paranormal like Eleven (Millie Bobby Brown) is. The connection between Will and Eleven becomes so strong that the characters work as stand ins for each other. In Season 1, Hopper realizes he's been chasing the wrong kid the entire time — both Will and El had short cut hair and witness descriptions of either kid could easily describe the other.

Moreover, in Season 4, both El and Will are represented as equally possible loves for Mike. At one point all three go on a group hang at a local roller rink in California. Will and El also experience emotionally fraught scenes with Mike this season and vent through tears their disappointments over his supposed lack of interest.

Plus, like El, Will expresses the feeling that he doesn't belong. In Volume 2, he indirectly refers to himself as "a mistake." He's seemingly talking about Eleven's experiences at the time, of course, but this was his way of sharing with Mike his true, romantic feelings without opening himself up to rejection. "She's been so lost without you — she's so different from other people. And when you're different sometimes you feel like a mistake . . . but you make her feel like she's not a mistake at all."

Throughout the series Eleven has famously grappled with the feeling that she is a monster for having special powers, for being different. A lot of the time the characters strive to keep her identity a secret. Yet all the while, it appears that Will has been struggling with keeping his true identity hidden too.

It makes sense at a time when the AIDS crisis helped spur greater depictions of gay men and trans characters as monsters in film. In fact, many cultural and film critics suggest that Anne Rice drew from the real-life horrors of the AIDS crisis (imagined as the "gay man's cancer" initially by doctors) when crafting her groundbreaking gay characters in "Interview with the Vampire," as she had always supported the LGBTQ community and wanted to address the decade's rhetoric that espoused gay people as monsters. 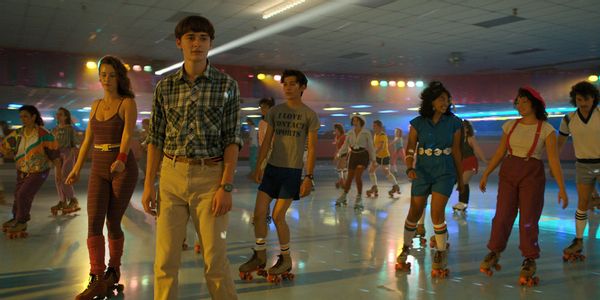 Noah Schnapp as Will Byers in "Stranger Things" (Netflix)But whether or not the vampires were humanized, the feeling during the decade was that a single mingling of tainted blood might make one the "living dead" — someone with an incurable disease that would eventually destroy the person. In 1984, real-life Indiana born and raised Ryan White, although not himself gay, was diagnosed with AIDS after contracting the disease from a blood transfusion. Parents of the kids he attended school with fought to keep him barred from returning to the school, and he experienced other significant forms of discrimination.

Is it any wonder, then, that characters like Will and Robin (Maya Hawke) must be so circumspect in revealing to others their true identities?

Although a melding of sci-fi and fantasy as well, "Stranger Things" pulls from a horror tradition that codes boys or men who are open to the paranormal or supernatural as being gendered in more feminine terms. Vecna (Jamie Campbell Bower), the latest monster in "Stranger Things" – who has incredible psychokinetic powers and now lives in the Upside Down – was once described as a sensitive boy by his father as well.

And so perhaps viewers shouldn't be surprised if it's eventually revealed that Vecna, in his human form, might have come out as queer. Like Freddy Krueger (who has a gay fandom of his own), he is also a monster capable of slipping into the minds of his victims. With the predicament Max is in at the end of Season 4, we are left pondering if she will be possessed in Season 5, along with what else may lie ahead for the characters at the hands of Vecna.