COVID vaccines saved more than 200,000 lives in the US over nine months: study 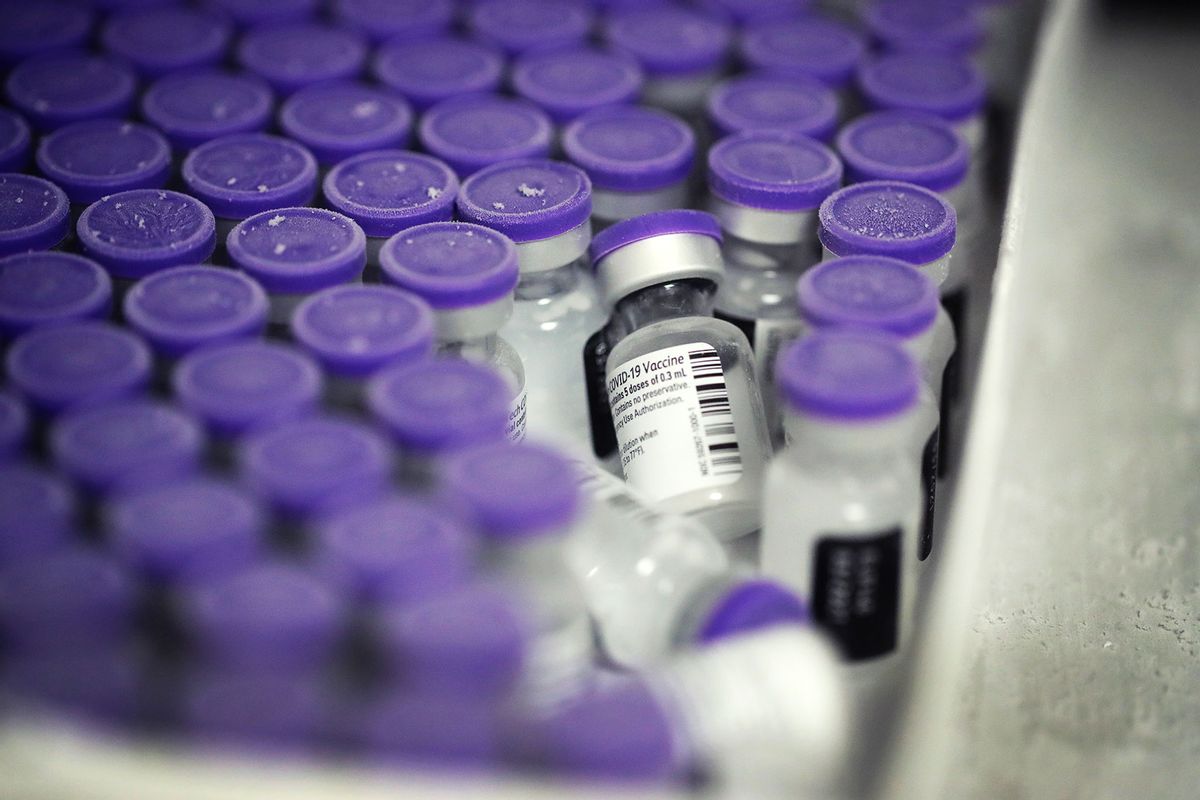 During the peak years of the United States' armed involvement in the Vietnam War, more than 58,000 American soldiers lost their lives in combat. This sobering figure not only scarred the conscience of a nation but also shaped a generation.

If a new study is accurate, lives in excess of four times that number were saved by the U.S. COVID-19 vaccination program during a nine-month span of the historic pandemic. It wasn't an ordinary mass vaccination program — the scientists behind the first successful inoculations to reach the market had to utilize a revolutionary mRNA vaccine technology, one that was able to prove tremendously effective against earlier variants.

RELATED: COVID vaccines for kids under five are finally here. Here's why it took so long

In the study, which was published this week in the medical journal JAMA Network Open, researchers from the Centers for Disease Control and Prevention (CDC) and other government agencies compiled data on COVID-19-associated hospitalizations that took place between Dec. 1, 2020 to Sept. 30, 2021. The figures were arranged by age, month and state. In turn, "these estimates were combined with data on vaccine coverage and effectiveness to estimate the risks of infections, hospitalizations and deaths." The purpose was to analyze the data for information about mortality relative to vaccination rates, which in turn could be used to project how many lives were saved by mass inoculations.

"As vaccination coverage increased in 2021, the COVID-19 vaccination program increasingly functioned as intended, with the highest impact averting severe disease among older adults," the authors wrote. "These age groups have not only the highest rates of hospitalizations and deaths but also the highest vaccine coverage."

Lead researcher Molly Steele called the projections "conservative" in a statement to HealthDay. Additional lives were likely saved beyond those captured in the estimates, according to the CDC epidemiologist.

Dr. Irwin Redlener, leader of Columbia University's Pandemic Response Initiative, told Salon by email that the findings of the new CDC study were "a sad reminder of how many lives could have been saved that were lost because we let politics pollute science."

To that end, Dr. Irwin Redlener, leader of Columbia University's Pandemic Response Initiative, told Salon by email that the findings of the new CDC study were "a sad reminder of how many lives could have been saved that were lost because we let politics pollute science."

When he spoke to Salon shortly after President Joe Biden's inauguration, Redlener praised the new commander in chief's decision to re-enter the U.S. into the World Health Organization (WHO), arguing that "it was totally irresponsible for us to withdraw in the first place. It is the only global organization working on this extraordinary global crisis."

This week, Redlener echoed Steele's observation that the study may have undercounted the number of saved lives, noting that "we did a study at Columbia in October 2020 . . . that suggested even at that point, there had been between 120,000 and 210,000 potentially avoidable deaths."

Dr. Monica Gandhi, infectious disease doctor and professor of medicine at the University of California, San Francisco, told Salon by email that she agrees with the study's conclusion.

"COVID-19 cases and hospitalizations were inversely correlated to vaccination rates across states in the United States during the deadly delta surge," Gandhi explained. "COVID-19 caused a pandemic because we had no immunity to this novel coronavirus that caused severe disease and immunity is the only way to gain long-term protection from a virus. T cell immunity protects us from severe disease and remains protective across variants from alpha to omicron. Vaccination was the safest way to gain immunity as opposed to natural infection, which can cause severe disease."

Not everyone shared Gandhi's full support for the study's conclusions. Dr. Alfred Sommer, dean emeritus and professor of epidemiology at Johns Hopkins Bloomberg School of Public Health, told Salon in an email that while extrapolations based on these types of models "undoubtedly have some degree of validity," he would still note that "they are based on extrapolations of unknown assumptions. All we really know about the vaccines come from their original carefully conducted trials that showed that the two mRNA vaccines reduced hospitalizations and deaths by over 90 percent."

Sommer emphasized that "there is nothing wrong with the estimate other than it can never be more than that — a useful, working estimate."

Meanwhile, Dr. Georges Benjamin, executive director of the American Public Health Association, referred Salon to a March study by researchers from the National Taiwan University Cancer Center as a good example of a study that confirmed the efficacy of mass vaccinations.

When it comes to the new CDC study, Benjamin observed in writing that "these results are consistent with the initial research that shows the vaccines were very effective at reducing severe morbidity and mortality" and that "the estimate of 200,000 lives saved is a reasonable derivative of that calculation."