Jamie Lee Curtis talks summer camp, being you and filming the "cathartic" end of "Halloween"

"I just three weeks ago finished shooting the last shot of Laurie Strode," she says in a new interview with Salon 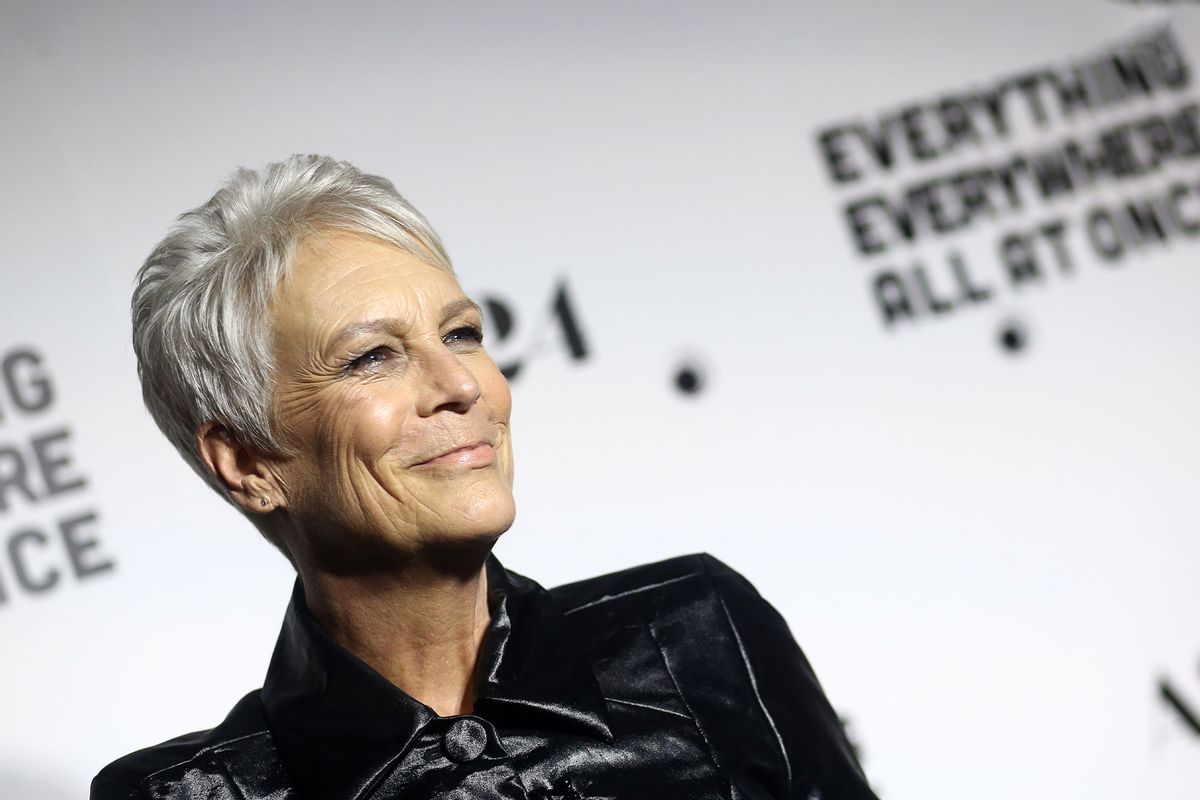 Jamie Lee Curtis attends the premiere of A24's "Everything Everywhere All At Once" at The Theatre at Ace Hotel on March 23, 2022 in Los Angeles, California. (Tommaso Boddi/WireImage/Getty Images)
--

Jamie Lee Curtis has had quite the few months. Last fall, she returned to fictional Haddonfield, Illinois for "Halloween Kills," the latest in the long, Michael Myers horror saga about the white-masked murder who just won't die (but wants everyone else to). Earlier in 2022, she had a memorable role in "Everything Everywhere All At Once," the Daniel Kwan and Daniel Scheiner-directed Michelle Yeoh film that will cause you never to look at googly eyes (or bagels, or rocks) the same way again.

Curtis' performance in "Everything" is no less than astonishing. She plays Dierdre, an overworked, under-caring and deeply weird IRS auditor. At least, in one dimension. In another, Dierdre is a loving spouse and very talented pianist who has hot dog fingers. In another, she's a raging cultist. That's a lot for anyone to handle, let alone all in the same film.

What's an actor to do to de-stress? Curtis is going to summer camp.

RELATED:  Jamie Lee Curtis on learning how to support her trans daughter: "I'm a grateful student"

Curtis is a producer on the Audible Original podcast "Letters from Camp," written by Boco Haft and now entering its third season. Curtis also performs on the fictional show, appearing as Camp Director Sue, whom she describes as "a thrice-married woman who also was married to other camp directors, it turns out." Sue leads Camp Cartwright, the pastoral summer camp where 11-year-old New Yorker Mookie (rhymes with Cookie), voiced by Sunny Sandler, is attending in her first experience away from home.

During an interview with Salon, Curtis speaks to the show's personal origins. Haft is Curtis' goddaughter (Jake Gyllenhaal is another godchild who lends his voice to the show), and the story was inspired by a letter Haft as a child sent to Curtis. A letter never mailed, it turns out.

"My goddaughter wrote me a letter from camp when she was 11 and she never sent it," Curtis says. "It went into her little stationery box with my name on the outside. And 10 years later, whatever, now she's 26, her mother found a letter to Jamie in a box and sent it to me."

The letter detailed that Haft had "gotten into trouble and she had let everybody down and she was feeling terrible." When Curtis finally got to read the letter, "Right away I said to her, 'Oh, well this is a show. This is a show for sure. And you need to write it.'"

Despite her initial misgivings, and some awkwardness with fellow campers, mainly due to a precocious desire to investigate (Mookie wants to be a journalist like her famous mother), Mookie returns to camp in Season 2. Each summer, there's a new mystery, detailed in the form of letters Mookie is writing to . . . someone. The show is funny, sweet and while geared for tweens – an age group Curtis, a children's book writer herself, feels strongly need their own stories ("dealing with sexuality in a very light way, dealing with divorce") – it also contains jokes adults will appreciate.

The story begins in 2005, a time Curtis was also adamant about. It was when her goddaughter had first written that lost letter, but in addition, setting the story in the past skirted the problem of social media, which Curtis believes is a major issue.

"We wanted to make sure there was no social media because we wanted the innocence of camp . . . . whatever your home experience is, whatever your family's rules are, whatever other people's family's rules are, social media is a real problem for teenagers. I feel it's a very destructive force and I'm concerned about it," Curtis says. And anyway, she jokes, "You can't have a show called 'Letters from Camp' and have it be emails."

"That's what camp's about: discovering who you are."

First recorded during the initial year of COVID ("We were all trying to figure out how to record this show under desks and in closets"), "Letters from Camp" first aired in late summer of 2020, a time when Curtis was keenly aware many children were missing out on the classic experience of camp — and the essential experiences of self-reliance, independence and autonomy, experiences that seem more and more threatened. Getting to know yourself, just to be yourself as a growing kid, is a key part of the show.

The camp's motto after all is "Be you," which Curtis says was a happy accident. She holds up a tote bag during our Zoom interview, bringing the image close to the camera. "I have swag," she says, displaying the tote with the emblem of the camp, which includes a campfire that looks like an old woodcut illustration, the words BE YOU stamped below it.

"That was an artist giving us this wonderful gift because that's what camp's about: discovering who you are."

These words ring true for Curtis, the supportive parent, with husband Christopher Guest, of two grown daughters, one who is trans. In the first joint interview she gave with her daughter Ruby, to People in 2021, Curtis acknowledged: "You still mess up, I've messed up today twice. We're human," but said, "If one person reads this, sees a picture of Ruby and me and says, 'I feel free to say this is who I am,' then it's worth it."

Curtis and I talk about how important it is for kids to be allowed to discover themselves and how the young protagonist of "Letters from Camp" changes when "confronted with the often lifelong struggle between your heart and your brain." 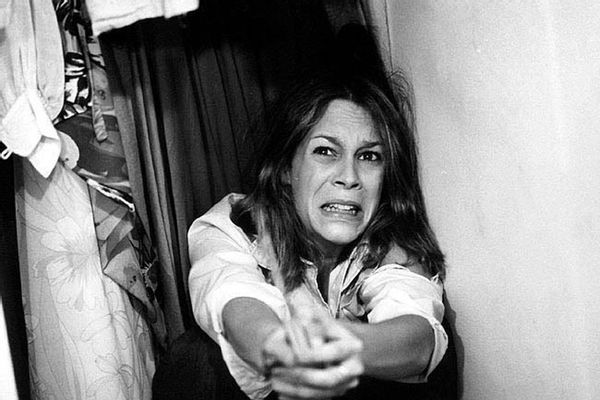 Many final girls scream, get away and are never heard from again. Not Laurie. And not Curtis.

Season 3 will be Mookie's final summer at camp. As for Curtis, she's coming off a banner year in a long line of banner years. The daughter of Hollywood heavy hitters Janet Leigh and Tony Curtis, Jamie Lee Curtis first appeared on the small screen in the 1977 sitcom "Operation Petticoat." Her big screen debut would define her: teenager Laurie Strode in John Carpenter's1978 horror film "Halloween." Curtis played a high school babysitter who becomes the target of killer Michael Myers; later, his very worthy adversary.

Curtis went on to "The Fog" and a series of other horror films, but also branched out into very different roles, showing her comedic genius in films like "A Fish Called Wanda" and "Freaky Friday" with Lindsay Lohan, and her action prowess in movies like the blockbuster "True Lies." 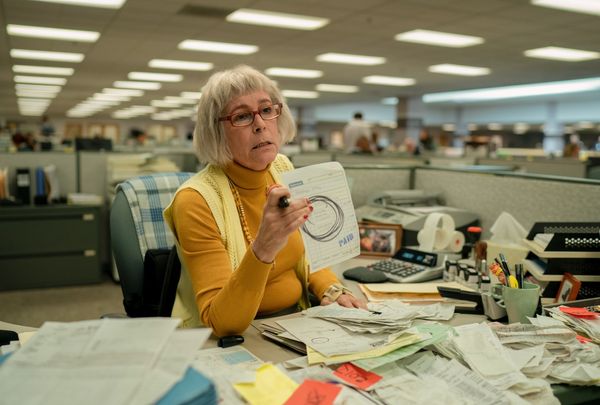 Jamie Lee Curtis in "Everything Everywhere All at Once" (Allyson Riggs/A24)All three branches of Curtis' genius are on display in "Everything Everywhere At All Once." It is a hugely physical role, Curtis roaring as she moves and changes her body — her real body, no prosthetics — as Dierdre. (Curtis contributed to the creation of the character by texting the directors "photos of weird outfits and weird hairdos.") It's also a deeply tender role, a side of Curtis seen in our interview as well, where she asks about my own child, and expresses sincere hope that he can get to go to sleepaway camp someday.

Curtis has won two Golden Globe Awards, a British Academy Film Award, been nominated for Emmys, and has a star on the Hollywood Walk of Fame. But she always returned to "Halloween." For 44 years, she did.

"When you call her a final girl — I never really understood how important that name was until I made this last movie. And now I really understand it."

As the franchise grew up, so did Curtis, her Laurie faking her death and teaching at a school (in some timelines). In the 2018 "Halloween" film that is a direct sequel to the 1978 original, Curtis' Laurie has dealt with PTSD her whole life. She's become an excellent fighter, has fortified her house and has lived with the aftermath of severe trauma — divorces, substance abuse, poverty, losing custody of her daughter. Laurie became a grandmother, and Curtis brings her end of life to life as capable, strong as nails, breakable and true.

She played Laurie again in "Halloween Kills" (2021) and will for one last time, she says, in 2022's "Halloween Ends." Curtis grows wistful when she talks about it. "I've just finished it, you know? I  just three weeks ago finished shooting the last shot of Laurie Strode. It was deeply emotional and cathartic." A different light comes into her eyes, and I realize where I know it: from Laurie. A character considered an iconic if not the iconic final girl: the girl who defeats the killer.

Many final girls scream, get away and are never heard from again. Not Laurie. And not Curtis. We talk about how meaningful it's been for horror fans like me that Curtis has stuck with the role, that we get to watch a final girl grow up, to be a final woman.

"Everything you just said is what happens," Curtis says. "I mean, when you call her a final girl — I never really understood how important that name was until I made this last movie. And now I really understand it. And I think you'll be very happy."