The 6 most surprising "D.B. Cooper: Where Are You?!" revelations from Netflix's docuseries 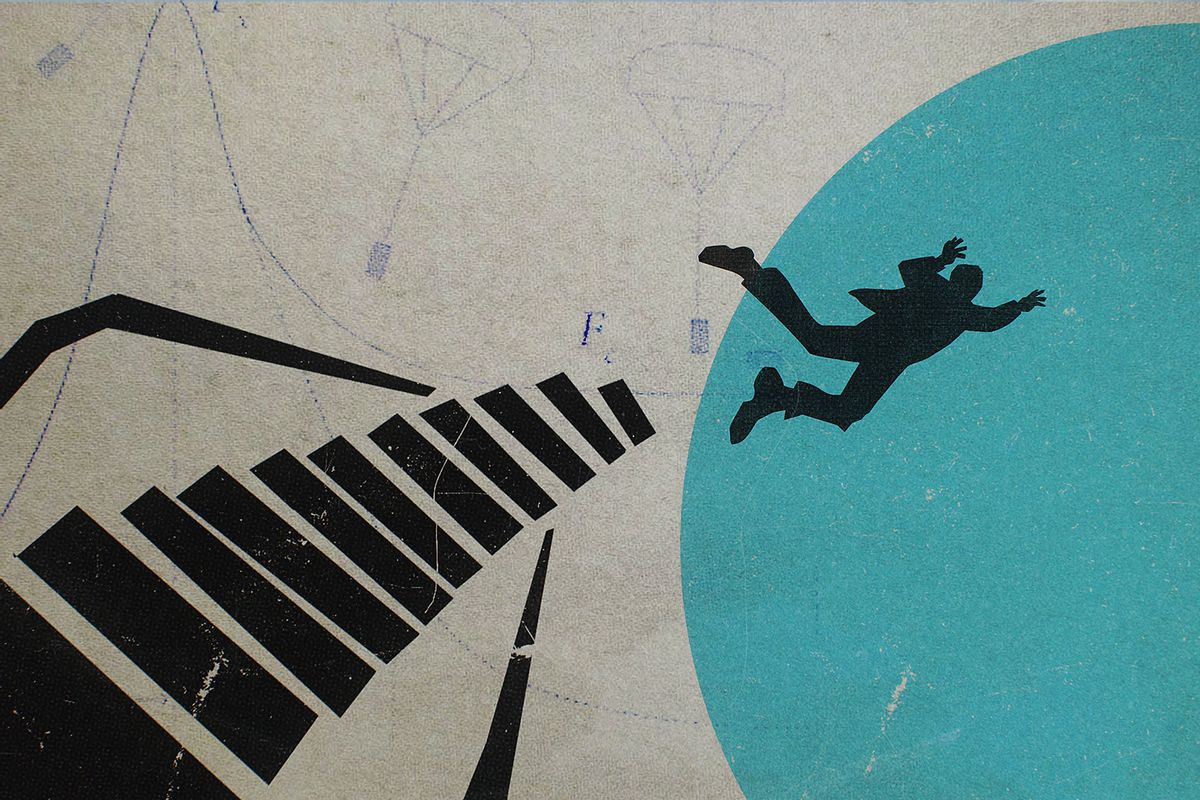 On November 24, 1971, a man, going by the name "Dan Cooper," boarded a Northwest Orient Airlines flight from Portland to Seattle. At first glance, Cooper was merely a stylish enigma with a penchant for black attire and expensive alcohol. Little did eyewitnesses know that years later, Cooper would become an infamous name and the most wanted man in the entire nation.

Cooper, also known as the media epithet D.B. Cooper, successfully hijacked the aforementioned flight after threatening a nearby flight attendant and demanding four parachutes and a hefty sum of cash. Although his crimes were marked by infamy, Cooper himself became a media sensation, earning multiple references in artwork, music, films and shows, like "Twin Peaks" and the Disney+ series "Loki."

RELATED: The ongoing mystique of D.B. Cooper, from documentaries to the Marvel Cinematic Universe

The Federal Bureau of Investigation (FBI) has since opened an investigation into Cooper, his identity and present-day whereabouts. But 50 years later, the question of "Who is D.B. Cooper?" still remains unanswered.

Netflix's latest documentary "D.B. Cooper: Where Are You?!" attempts to make sense of these missing puzzle pieces with new clues. Over the course of four episodes, the miniseries introduces the investigators, sleuths and journalists who have been working tirelessly to solve this mystery.

Here are six surprising revelations from the series:

The polite and brilliant hijacking 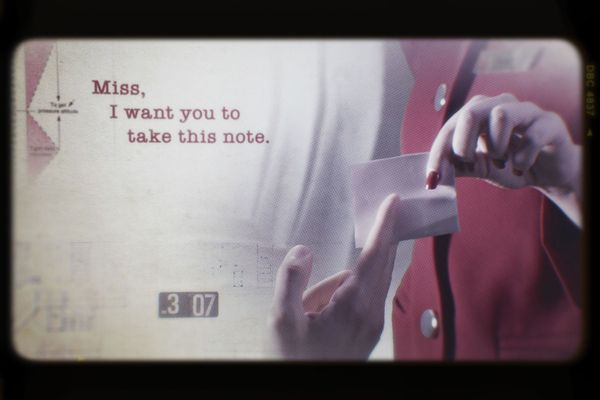 On Thanksgiving eve 1971, Dan Cooper purchased a one-way plane ticket on Flight 305, which was headed for Seattle-Tacoma International Airport. Witnesses on the flight recalled that Cooper was formally dressed in a black business suit and carrying a matching colored briefcase.

Once the plane had taken off, Cooper stealthily began his hijacking attempt. He passed on a folded note to Florence Schaffner, a nearby stewardess who initially disregarded the message and stashed it in her purse. She finally read the note after Cooper whispered, "Miss, you'd better look at that note. I have a bomb." The note itself read, "Miss, I have a bomb in my briefcase. I want you to sit beside me."

When Cooper opened up his black briefcase, Schaffner saw that Cooper came equipped with a bomb. Cooper also asked for four total parachutes and $200,000 in ransom.

"He was very smart. He didn't order one or two. He ordered four. He thought they were gonna dummy up a parachute on him, so he'd die," said Tom Colbert, author of the 2021 novel "The Last Master Outlaw."

"But if he's ordering four, 'He's taking a hostage. We can't dummy him up.' Very smart, brilliant."

Schaffner then showed the note to the pilot in command, William A. Scott, who landed the plane in Seattle, allowing all the passengers on board to get off safely. Per Cooper's request, the flight then took off again, now with four crew members, including Captain Scott. The flight was en route to Mexico City but before Scott could land the plane, Cooper secured his bag full of stolen cash and jumped out the back exit using one of his parachutes.

Cooper's last recorded message was a simple "No," which was said in response to the pilots via the cabin phone. 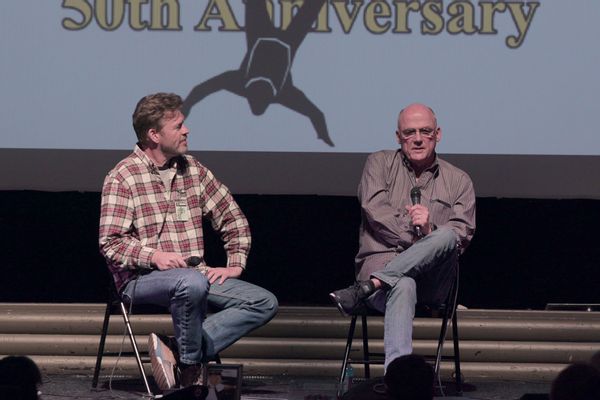 Still from CooperCon in "D.B. Cooper: Where Are You?!" (Netflix)

Following his crimes, Cooper became an American folk legend and a so-called "badass" hero. Conspiracy theorists and fans alike praised Cooper's gutsy escape and endeavors, which only heightened his public yet unknown persona.

"[T]he guy, evidently, really took a lot of time to plan the whole thing out," said one random passerby in an old clip of a news broadcast featured in the documentary. "And I respect a man who takes his time to do a job well done. He's one of the slickest cats to ever walk on the face of the Earth."

Ardent admirers wrote songs about Cooper and even plastered his famed criminal sketch on shirts, caps and other apparel. Bars and pubs also paid homage to the hijacker by using his name in their signature drinks. Soon enough, Cooper became a pop culture sensation and a newfound character in Hollywood productions.

"The case is so American. You have the underdog hero sticking it to the man," said Geoffrey Gray, author of the 2011 novel "Skyjack: The Hunt for D.B Cooper."

"Cooper resurrected this cultural anthem, almost going back to the heroes like Billy the Kid. And all the famous bandits and bank robbers." Some notorious comparisons include George "Machine Gun" Kelly, "Baby Face" Nelson and John Dillinger. 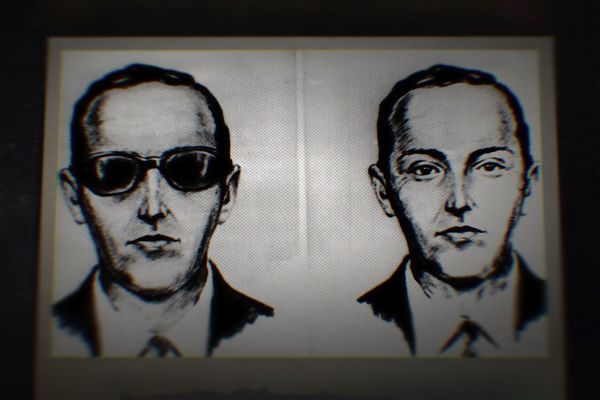 Cooper's criminal sketches in "D.B. Cooper: Where Are You?!" (Netflix)

The FBI compiled thousands of possible suspects throughout the Cooper case, but only a select few individuals stood out as more than "serious suspects."

There was Barbara Dayton, a librarian, recreational pilot and parachutist, who claimed to have staged the hijacking two years after undergoing gender reassignment surgery in 1969. Then, there was Richard McCoy Jr., an Army-veteran-turned-recreational-skydiver who hijacked a United Airlines passenger jet for ransom in April 1972, just four-and-a-half months after Cooper's stunt. Other suspects included a former Boeing employee, a former Northwest Orient Airlines employee and several deathbed confessors.

All of them were eventually ruled out during the investigation after FBI officials found inconsistences in their physical appearances and criminal records.

The man who wanted to be Cooper 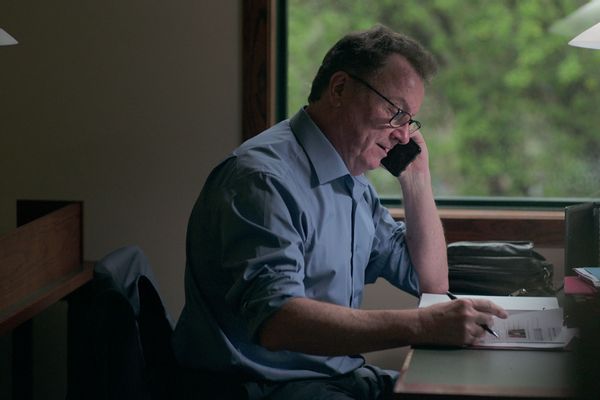 One notable suspect named Dick Briggs — a cocaine supplier who claimed to have been a Special Forces soldier during the Vietnam War and an accomplished parachutist — proudly proclaimed that he was indeed Cooper. Briggs' confession caught the attention of Ron Carlson, who previously met Briggs at a party and later convinced investigators that Briggs was the hijacker in question.

In 1980, Briggs died in a one-way car accident, although his friends believed foul play was involved. Shortly afterwards, FBI officials and investigators learned that Briggs was not the man they were looking for.

"Before this, he talked about Vietnam. But that's where his story had a real problem," said Colbert.

"I spent eight months on that thread. I actually believed he was Cooper. But then I find out he's [Briggs] never been to Vietnam, can't parachute," Colbert continued. "He was a part-time weekend warrior for the Air Force, so he didn't have to go to Vietnam.

"Right at that point, I'm looking at this man and thinking, 'I got the wrong guy.'"

Like many of the previous suspects, Briggs did not match many of Cooper's prominent physical traits. Officials noted that Cooper was "a tall, dark man." Briggs, on the other hand, was "a short, stocky, just gigantic, muscular man."

"Briggs wasn't the guy," said Rich Kashanski, a cameraman who helped connect Colbert with Carson. "He was just some braggart saying, 'I'm D.B. Cooper,' you know?"

And so the search for Cooper continued. 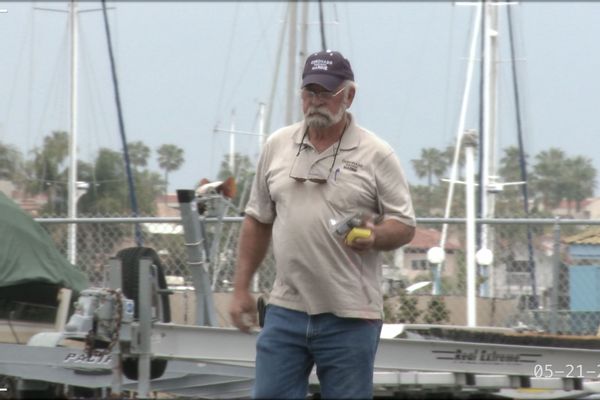 Robert Rackstraw in "D.B. Cooper: Where Are You?!" (Netflix)

Colbert and his investigative crew, called the D.B. Cooper Cold Case Team, were convinced that Robert Rackstraw — a former U.S. army pilot, Vietnam veteran and an old associate of Briggs — was the real D.B. Cooper. Out of all the suspects, Rackstraw looked eerily similar to a later sketch of Cooper. His criminal history also revealed that Rackstraw had previously committed fraud, forgery, airplane theft, domestic abuse and, in one instance, pseudocide. On paper, Rackstraw seemed to be the perfect match.

It was clear that Rackstraw enjoyed the ensuing media attention, even though he adamantly denied being Cooper during FBI interrogations and televised interviews. He was subsequently dropped from the FBI's investigations in 1979, only to be reconsidered as a prominent suspect by Colbert and his team years later.

Despite his repeated attempts to coax Rackstraw to fess up, Colbert was ultimately unsuccessful as Rackstraw continued to deny, deny and deny. Colbert initially offered the ex-convict large sums of money and then used his upcoming book, documentary and show deals to force Rackstraw to speak up. Rackstraw, however, did not confess.

In 2016, Colbert and his team encountered a hitch when the FBI abruptly closed the Cooper case, thus releasing Rackstraw from any further investigations. The team claimed that the bureau's sudden decision was motivated by the fact that Rackstraw may have had possible ties to the CIA. Although the evidence isn't concrete, it's believed that Rackstraw may have flown planes for the organization during the Iran-Contra affair in the mid- to late 1980s.

Rackstraw never ended up confessing to being Cooper, much to Colbert's disappointment. On July 9, 2019, Rackstraw passed away after suffering from a long-term heart condition.

Cooper still remains a mystery to this day 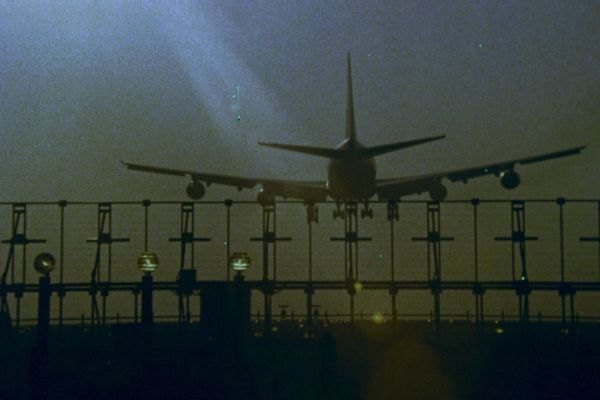 Cooper's lengthy case has amassed numerous suspects and possible leads over the years. But at this time, it still remains unsolved.

The case, however, continues to draw fascination and is still being pursued by a few group of investigators, Cooper enthusiasts and true crime buffs.

Netflix's "D.B. Cooper: Where Are You?!" may not have the answers we've all been waiting for, but it's still an entertaining feature that highlights just how bizarre this whole case has been.

Watch the official trailer for Netflix's "D.B. Cooper: Where Are You?!" below, via YouTube: