Kitchen slang — like "Behind!" and "Yes, chef" — is ripe for double entendre, though your mileage may vary 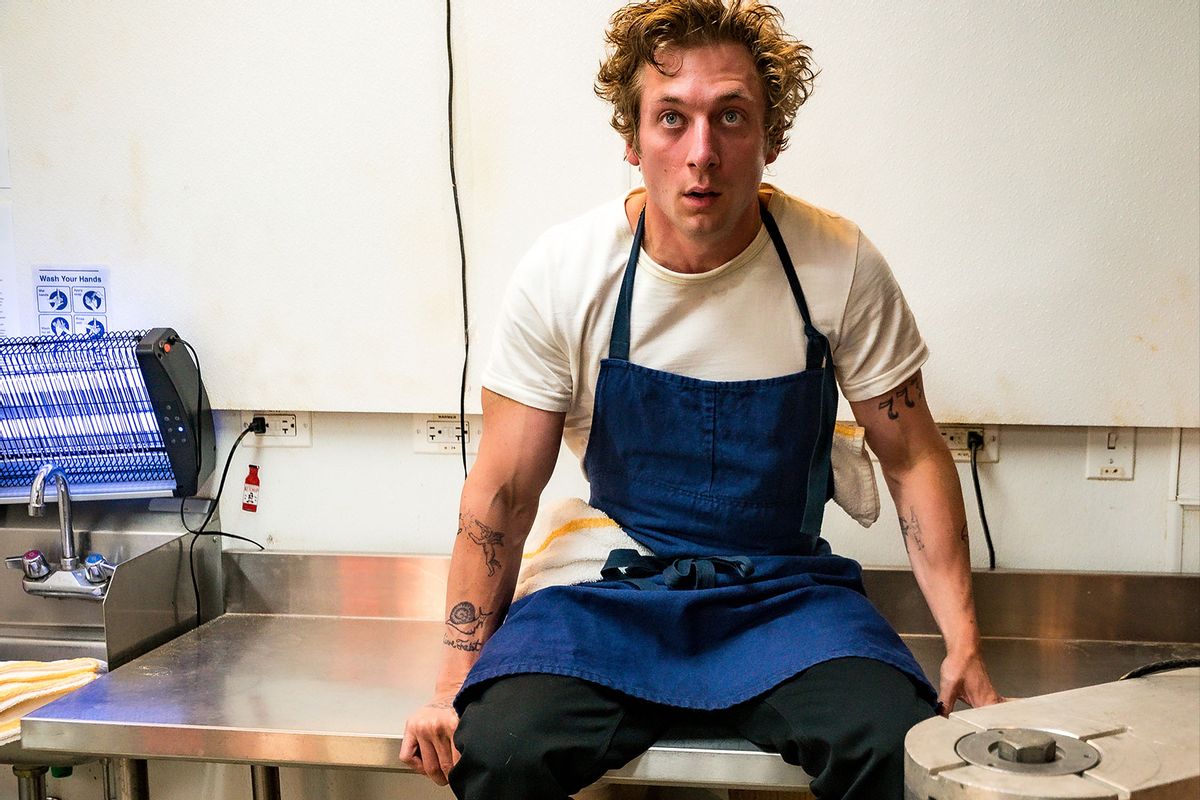 In 2014 or so, a dear friend of mine, who for the sake of anonymity we'll just call Lisa, was dating a chef at a local trendy brewpub. He was shockingly unlike her recent ex, the clean-cut corporate accountant who had been Lisa's first "real boyfriend."

The Chef, as Lisa would call him in our group chats, had a smattering of food-themed tattoos — a cartoonish bone-in ham on his shoulder blade, a nakiri knife on his shinbone, a teeny-tiny anchovy on his ring finger — and smelled like Parliament cigarettes and duck fat.

The Chef wasn't particularly reliable. He'd left Lisa hanging more than once, blaming it on his crazy kitchen schedule, only to buy his way back into her affections by fixing her early-morning pasta and speaking some of the French he'd learned in his slow southern drawl.

One day, he suddenly stopped calling. Lisa still places the blame on a certain interaction.

"We were sexting, and I thought I'd be cute and respond 'yes, chef,' to something he said," Lisa told me with a laugh in a recent phone call. "He literally responded with 'WTF?' and things got weird after that."

She continued: "That's why it's hilarious to me everyone is making all these sex jokes about kitchen speak right now. It's maybe not as hot as you think in real life, though your mileage may vary."

Like Lisa, I noticed a couple of weeks ago that my social media feeds had suddenly become packed with professional kitchen slang. Phrases like "Behind" (translation: "Look where you're f**king going"), "Hot behind" ("Look where you're f**king going if you don't want to get burned"), "Hands!" ("I need a server to bring plates to the tables") and "Yes, chef" had migrated out of the kitchen and onto Twitter.

To be honest, there's no great mystery as to why.

FX's "The Bear" debuted on June 23. As I've written before, it's a beautiful, frank story about life and loss in professional kitchens. The lead, Jeremy Allen White, also just happens to be really attractive in a dirtbag chef kind of way.

To be clear, "dirtbag chef" is mostly a term of endearment here. After all, who among us hasn't at least briefly lusted after someone with not-so-great arm tattoos, a copy of the "Noma" cookbook and emotional baggage? Sure, they'll cancel more than one date night because of a no call-no show, but they're also sexually competent and can wax poetic about the simplicity of roast chicken.

White's character, Carmen "Carmy" Berzatto, isn't the first dirtbag chef depicted in pop culture. There's Bradley Cooper in "Burnt," Aaron Eckhart in "No Reservations," as well as almost the entire cast of the Scandinavian series "Restaurant." But as Salon senior writer Mary Elizabeth put it in a recent Slack conversation, it was Anthony Bourdain who "really made 'dirtbag chef' a kink."

When Bourdain's book "Kitchen Confidential: Adventures in the Culinary Underbelly" came out in 2000, that was the first time that many people realized how implicitly sexed up certain sides of a professional kitchen can be. In fact, Bourdain himself wrote an essay for Salon, simply titled "Kitchen god," in which he described the "sexy, voyeuristic moment he decided to become a chef."

It was Anthony Bourdain who "really made 'dirtbag chef' a kink."

As Bourdain tells it, he was working for a chef named Bobby. Bobby's crew, including Bourdain, had been hired to cook for a wedding party. The bride, dressed in virginal white, approached Bobby and whispered something in his ear that caused him to briefly abandon his station. You can read about the . . . well, the climax of the story here.

Anecdotes like this, as well as Bourdain's unflinching details about misbehavior and drug use in the kitchen, helped propel the narrative that chefs are rockstars, which has been something of a double-edged sword. On one hand, it has occasionally allowed actual abuses to be shrugged off in the same way people react to news of a famous musician trashing a hotel room. On the other, it has helped cement food — and those who make it — as something that should be interrogated in a broader cultural context.

In any event, it has also cemented the bad (or sad) boy-turned-chef as a something of an American sex symbol, a point which was yet again reinforced as viewers watched Carmy shout, "Heard!" between braising beef and smoke breaks. To be frank, kitchen slang is definitely ripe for double entendre, though as Lisa pointed out, mileage may vary.

I polled some friends and online acquaintances — all of whom are using first names only or pseudonyms for privacy — who are either chefs themselves or have dated chefs about the phenomenon.

"My boyfriend says, 'Oui, chef' to me constantly," a friend named Taylor said. "We are both ex-fine dining . . . He was part of a couple super fancy restaurants in the mid-aughts that had the very intense kitchen culture that would encourage this, I think; I was in more laid back places where we did that to be respectful."

According to Taylor, in the context of her relationship, the "oui, chef" thing is meant to be cute rather than sexual. For instance, she was recently showing her boyfriend how to make laminated dough by-the-book, to which he responded with "oui, chef."

"Neither of us watch TV much at all, but I suddenly started hearing it," she said. "After that TV show came out, he's like, 'Now this feels weird.' But we also say corner, behind, hot coffee, sharp, etcetera, and use restaurant terms for common kitchen things pretty often."

For a woman named Mariah, the "oui, chef" thing is also present in her relationship.

"On occasion, in the bedroom, I do respond to his requests with 'oui, chef,'" she wrote in a direct message via Twitter. "And he often calls our activities 'getting saucy' ahhahaha."

Lisa, who went on to date and eventually marry another ex-chef, said that her now-husband has watched the flurry of people getting hot over kitchen speak with some degree of amusement. They've never incorporated it into their personal relationship, but he's apparently open to it for fun.

"Let's just say that he's not going to ghost me for responding to his sexts with 'yes, chef,'" she said.

Try some of our favorite Italian-American recipes