TikTok users went wild over a mysterious $20 "Pink Sauce." Then questions about its safety emerged

A breakdown of the viral condiment, the chef who created it and the questions some are asking about its safety 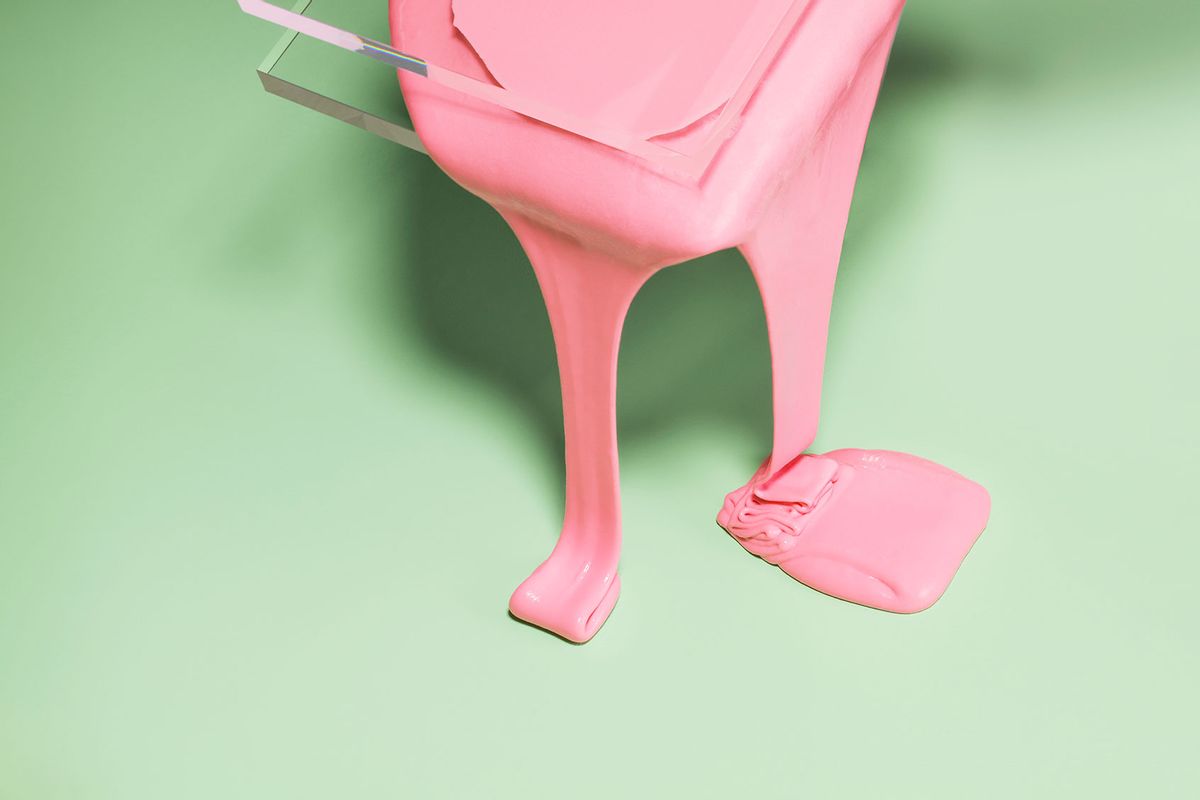 For weeks, my TikTok and Twitter feeds have been filled with videos of a mysterious, viscous pink condiment that looks shockingly like Pepto Bismol. I came to learn that it's called "Pink Sauce," and it's designed to "thrill your taste buds."

Pink Sauce is sold by the TikTok creator known as Chef Pii, who has filmed herself pouring it on everything from Popeye's chicken to Taco Bell hardshell tacos. As Pii hyped the product, she teased that beginning in July, it would be available to purchase for $20 a bottle.

Bon Appetit, Sqirl and the importance of food safety amid the home canning resurgence

In addition to its color, another mystery surrounding the condiment was its flavor profile. After being asked what it tasted like, Pii responded, "Honestly, it has its own taste. If you wanna taste it, buy it. It goes on sale tonight." A similarly vague video described the sauce simply as "sweet, savory, seasoned."

Indeed, orders opened July 1 on Pii's website — appropriately located at www.thepinksauce.com — and TikTok was abuzz as customers finally began to receive their shipments this week. Then questions about its safety emerged.

Here's a breakdown of the viral condiment, the chef who created it and the questions some are asking about food safety:

Who is Chef Pii?

Chef Pii is a self-described entrepreneur, content creator and chef who lives in Miami, according to her Instagram feed.

"I am NOT your average chef," Pii wrote in a recent post. "As an expressional artist, I love thinking outside the box. With an innovative style of cooking, I connect with my audience by posting recipes, mouthwatering food videos and mixology illusions."

Pii said — in a recent interview with NBC News — that she used to run a pop-up restaurant called Flavor Crazy, where she would add Pink Sauce to dishes and her "clients would request it." Flavor Crazy, which opened in 2021, has since closed, however "that's a whole other story."

According to a now-outdated Postmates menu, Flavor Crazy sold Caribbean-infused soul food dishes, such as "flavor-crazy wings," macaroni and cheese, "Rasta Pasta," snapper and seafood rice. The address given for Flavor Crazy indicates that the venture was run out of the Miami Kitchen Incubator, a shared commercial kitchen space dedicated to helping local food businesses grow.

What exactly is in Pink Sauce?

This question, in particular, has garnered a lot of interest from customers and TikTok rubberneckers, especially now that reviews of Pink Sauce have started to surface. On the aforementioned Flavor Crazy menu, there was a sauce listed for sale called "Pink Ranch." Ranch, as you may know, is typically a mix of buttermilk, savory spices and mayonnaise. So, for a while, it was reasonable to assume that some of those ingredients might be included.

Pii also shared a TikTok video featuring child taste-testers, one of whom described her sauce as tasting like "sweet ranch." Another kid, meanwhile, remarked that it was "spicy."

Certain varieties of pitaya, or dragon fruit, have a neon-pink flesh which, when blended with oil, could definitely pop pink like the color advertised on TikTok. Why does the sauce look creamy? It may just be emulsified oil, or perhaps that splash of milk has something to do with it.

What's at the center of the Pink Sauce controversy?

As soon as customers began receiving orders, questions about Pink Sauce's formulation and production began to emerge. One TikTok user uploaded a video of the sauce she had ordered, which arrived looking pale and coagulated with dark blue or green specks, according to the footage. It allegedly "smelled rotten," and after measuring how much sauce had actually arrived, the user reported that "no more than" two ounces of sauce were inside.

Others began to point out concerns and discrepancies on the ingredient list. For instance, the nutrition facts indicated that a typical serving size was one tablespoon, but the label said there were 444 servings in each bottle. Some suggested that the milk included in the formula, if not preserved correctly, may potentially curdle in the mail.

In a July 20 video uploaded by Chef Pii, the nutritional label indicates that the sauce should be refrigerated, though the same disclaimer did not appear to be listed on the product's website at the time this article was published. "[O]k but why is there no dry ice in the packaging w[ith] milk being an ingredient?" one commenter asked. Another inquired, "Will you be putting expiration dates on them??"

"Disclosure, guys, she did send out a message saying the package may have exploded," the YouTuber added in the video.

When the reviewer finally opened the packaging, the condiment, which was warm, reportedly smelled "like ranch." According to the footage, the color of the sauce in the package didn't appear to match the bright pink hue portrayed on TikTok.

In an interview with Yahoo Life, food safety expert Brigette Joseph said that "it is absolutely not safe to buy unregulated food from strangers on a social media platform just because it has gone viral."

"In some cases, raw honey can cause botulism — an extreme case of food poisoning — due to natural bacteria that exists in it," Joseph added.

Chef Pii has acknowledged that there were some "issues" with the viral Pink Sauce. "Alright, y'all, time to acknowledge the elephant in the room," Pii said in a video uploaded on July 20. "I want to start by saying, number one, my apologies. My apologies, my apologies, I'm only human."

Pii explained that "things happen" and all labels on future Pink Sauce runs would be replaced. She also clarified that a mix-up had occurred, and there were only 30 servings per container, rather than 444.

Though she acknowledged that ingredients weren't cheap, Pii revealed that attempts were being made to lower the sauce's sticker price.

In an interview with NBC, Pii expressed confidence that she would "bounce back from this 100%."

"I cannot prevent someone from taking a certain action," Pii said. "I can only choose how I respond to it due to the fact that I did create something freakin' amazing. I'm going to stand by that. I love my product. People love my product. I made a few mistakes. We're coming back from it, and we're going to grow from there."

about condiments from Salon Food