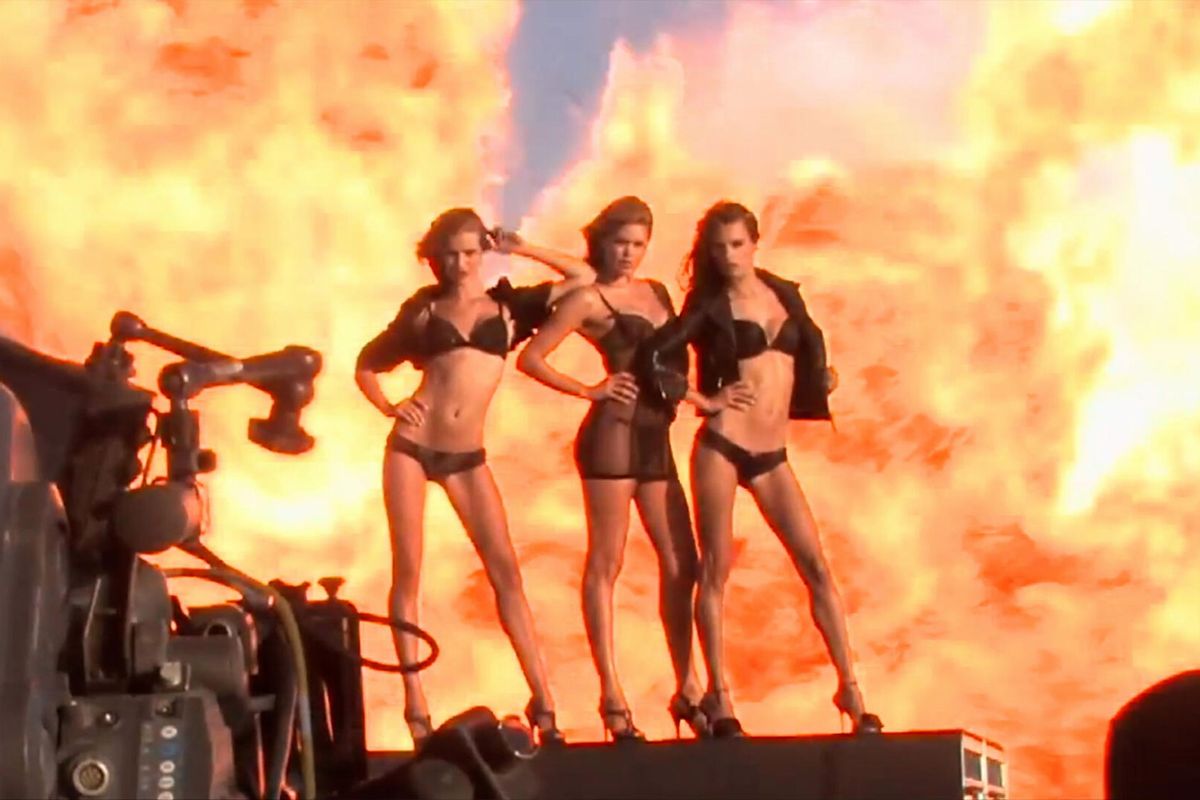 Victoria's Secret, the multi-million dollar business once known for its alluring catalogs and glitzy fashion shows, successfully sold a fantastical dream to women through a collection of push-up bras, lacy thongs and other inviting lingerie. During the early 2000s, the brand pioneered a new era of womanhood, in which embracing the sexual image became a new form of empowerment.

Underneath such profound messages, however, was a darker tale of exploitation, abuse and powerful predators. At the forefront of it all was the company's CEO Leslie "Les" Wexner and its CMO Ed Razek. In the background were their closest acquaintances, which included now-convicted sex offenders Ghislaine Maxwell and Jeffrey Epstein.

I was a friend of Jeffrey Epstein; here's what I know

Here are 7 shocking revelations from the series: 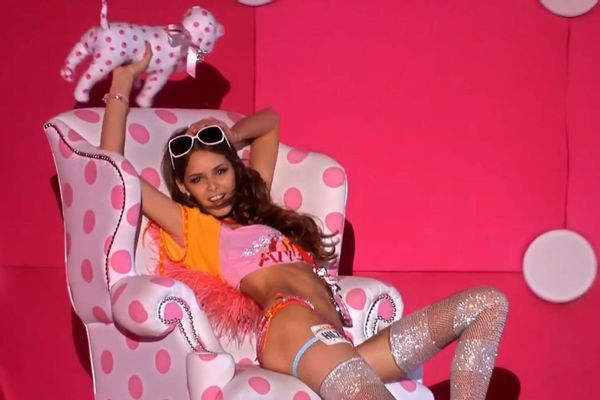 Victoria's Secret was actually founded by Roy and Gaye Raymond, a married couple who sought to help men feel more comfortable while lingerie shopping for their wives. They created a catalog, through which ordering by mail allowed for remote purchases.

In 1982, just five years after its inception, Victoria's Secret was on the brink of bankruptcy and consequently, sold to the brand to Les Wexner for $1 million. Wexner, who had been keen on investing in the lingerie industry, first approached Roy in the early 1980s. At that time, however, the pair was unable to agree on a deal as Roy was quite skeptical of Wexner.

"When I met him, it was as if he met the devil," Wexner recounts.

It was never revealed why Roy had his doubts but perhaps, it was because of Wexner's ongoing obsession with sexy women's undergarments and his perception of what women want. In an old broadcast clip featured in the docuseries, Wexner gleefully explained his early fascination with the lingerie business:

"The funny story I like telling . . . I was driving to Dayton and I was thinking about what other businesses I could start. And I remember saying, 'Every woman I know wears underwear, most of the time. All of the women I know would like to wear lingerie all of the time.' And I'm just driving, driving down the highway, laughing my butt off and thinking what a funny thought that is. And so, I said, 'I wonder why no one's done that?'"

Victoria's Secret was based on a fake persona Wexner concocted 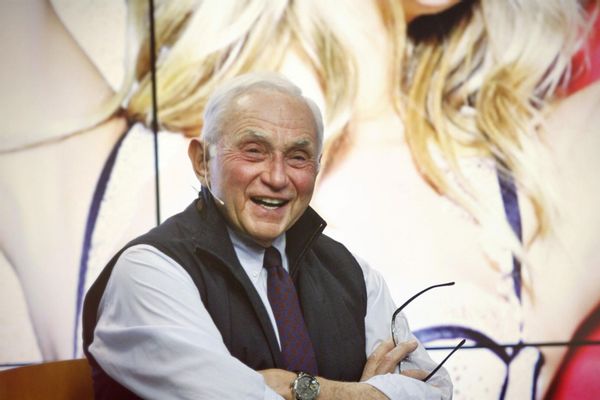 Following the procurement, Wexner fully rebranded Victoria's Secret and concocted a story about its fictitious founder, in hopes of appealing to every woman's inner desires. The main character of Wexner's story was named "Victoria" in accordance with the company's original name.

"She was refined, aspirational and English," said Cindy Fedus-Fields, a former Victoria's Secret executive. "Victoria" was precisely 36 years old and married to a barrister. She was also a smart and savvy aristocrat with a fiery and seductive side to her.

This mythical narrative had a great impact on everyone, from shoppers to Victoria's Secret employees. In one instance, a young assistant buyer who had joined the company's corporate team asked her when she would be able to meet "Victoria."

"That's how real and powerful the story was," Fedus-Fields said. 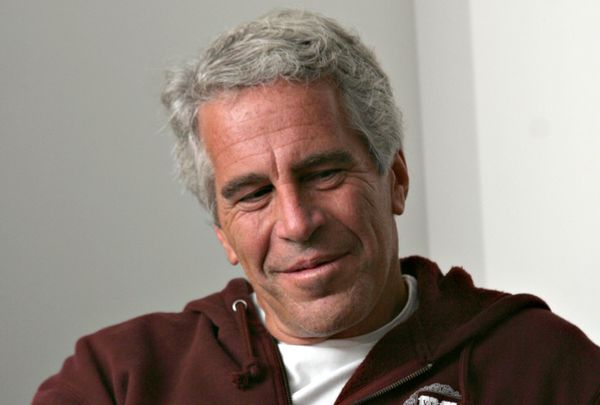 By the mid-1980s, Wexner established himself as a retail tycoon with Victoria's Secret and a series of women's clothing stores called The Limited. It was then that he also met Jeffrey Epstein through their mutual acquaintances, insurance executive Robert Meister and his wife. Epstein, who was just 33 years of age, had recently left his job as an options trader at Bear Stearns, a New York-based investment banking company, to start his own financial management firm called J. Epstein & Company.

The duo's relationship progressed fast, with Epstein becoming Wexner's primary financial adviser the following year. In July 1991, Wexner granted Epstein power of attorney over all his financial and legal matters, a controversial move that would soon invite trouble and scandal.

Just two years later, it was learned that Epstein was pretending to be a Victoria's Secret recruiter and luring young models who were seeking a gig with the nation's biggest lingerie company. The news first reached Fedus-Fields, who then notified Wexner.

Wexner assured her that he would look into the issue and put an end to it. But no action was taken as the abuse continued for many years afterwards. 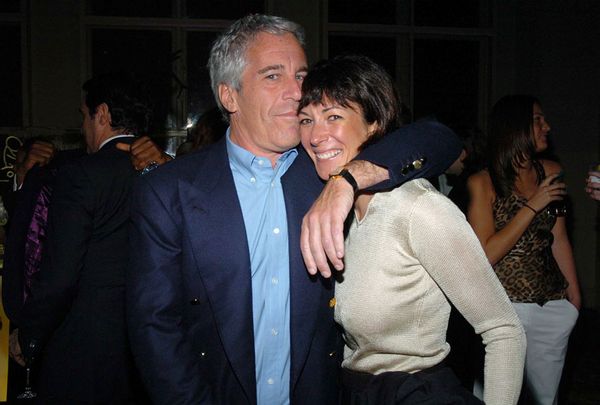 Jean-Luc Brunel, a French model scout who led the international modeling agency Karin Models, was exposed for being a "super creep" in a 1988 "60 Minutes" report. Brunel was under investigation for sexual harassment, assault and rape after multiple women came forward with abuse claims.

"He is acting as a matchmaker," said one model in an old clip of the broadcast. "He's got the agency, he's got the girls, his friends say, 'You know, I'd like to meet some girls.' Or, 'We're having a party tonight. Can you bring some girls?'"

In the 1980s, Brunel fled to New York City, where he met Ghislaine Maxwell who introduced him to Epstein. In 2004, Brunel received "up to a million dollars" from Epstein to help launch MC2 Model Management, a new modeling agency based in Florida with satellite offices in Tel Aviv and New York City. Brunel provided young models, who travelled to the states to kickstart their careers, with work Visas and housed them in Epstein's East 66th Street apartment. This system allowed the pair to legally bring minors from all over the world under the guise of modelling.

Almost 10 years later, MC2 Model Management was accused of being a cover for sex trafficking by Virginia Roberts Giuffre, one of Epstein's many victims. Shortly after Epstein's death in August 2019, Brunel went into hiding but was caught by police on December 16, 2020 and arrested on suspicion of trafficking and raping underage girls.

On June 29, 2021, Brunel was officially charged with sexual harassment and the rape of minors over 15 years old. On February 19, 2022, he reportedly died by suicide in his prison cell. 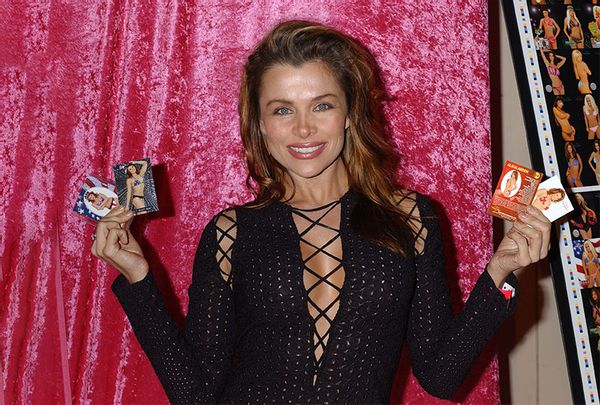 In May 1997, Alicia Arden, a former playboy model and "Baywatch" actress, met up with Epstein at Shutters Hotel in Santa Monica, California, to discuss working as a Victoria's Secret model. The business meeting took place in Epstein's private hotel room, where Arden claims he assaulted her.

In a crime report filed to the Santa Monica Police Department, Arden wrote that she was "manhandled" by Epstein who also "groped her buttocks."

"Did Victoria's Secret ever know that a police report was filed by her? Did they ever ask Epstein about that? Did Les Wexner know about that?" attorney Gloria Allred asked in the docuseries. "Why is the denial of a wealthy well-known man of more value than the serious allegation to law enforcement by one woman who happens to be a model?"

Still, no action was taken against Epstein following Arden's accusations. Wexner only continued to praise Epstein, saying in a 2003 Vanity Fair article that he thinks the financier is "very smart with a combination of excellent judgement and high standards." Wexner also referred to Epstein as "the most loyal friend." 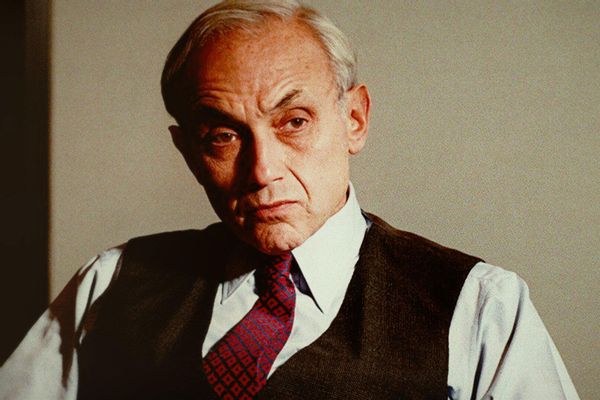 In addition to the signed letter of attorney, Wexner appointed Epstein as the president of Wexner's Property and awarded him with generous sums of money. This influx of cash allowed Epstein to purchase vast, international real-estate holdings, including a Manhattan triplex, the apartments on East 66th Street, a Stanley, New Mexico ranch and an Avenue Foch apartment in Paris.

Epstein also got access to Wexner's luxury, private jets. One of these jets, a Boeing 727-200, became the infamous "Lolita Express," which was allegedly used to fly underage girls to Epstein's many estates.

"Over a period of many years, the convicted and now-deceased sex offender, Jeffrey Epstein, had a close social and financial relationship with Mr. Wexner and his wife, defendant Abigail S. Wexner," a 2021 complaint filed on behalf of Wexner outlined.

"Upon information and belief, the Wexners let Epstein use their home for liaisons with victims," the suit continued. 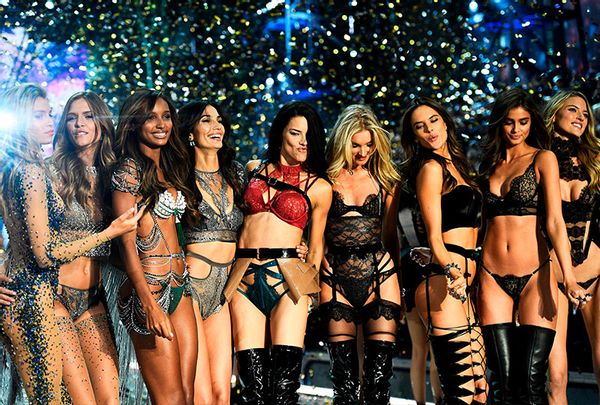 "For me, fantasies are more effective when there's a diversity to them. And . . . a lot of the models looked the same, not a lot of different body types at the time . . . not racially diverse," said Lyndsey Scott, a former Victoria's Secret model. "It became clear to me that Victoria's Secret wasn't empowering women. They used such a narrow idea of beauty in their marketing, that it was doing the complete opposite. It was making women feel badly about themselves."

During the early 21st century, Victoria's Secret touted an unattainable body type that was only achievable through Photoshop, plastic surgery and other extreme enhancements. The brand's marketing tactics played on women's insecurities and ultimately, distorted one's idea of healthy body image. Approximately 60-80% of American women said they wanted to be thinner while 89% of teenage girls said they felt pressured by the fashion industry to lose weight.

"Today, people howl about the effects of Instagram on young girls," said Michael Gross, author of the 1995 novel "Model: The Ugly Business of Beautiful Women." "At the time, Victoria's Secret was the analog version of the same thing."

Victoria's Secret models even lambasted the extreme dieting regimes and weight requirements they had to abide by, especially before the annual fashion show. Dorothea Barth Jörgensen, a former PINK model, said she didn't eat much during the 10 years she worked as a model for the brand. Tyra Banks, in an old interview, said she was once told to drop 10 pounds. At 5'10 and 123 pounds, she was deemed "too curvy."

In recent years, Victoria's Secret has ditched its old-fashioned tactics and emerged as a more size-inclusive and gender-inclusive brand. Per a 2021 Teen Vogue article, the brand is "moving away from telling its customer 'what's sexy and how to look' in favor of supporting consumers 'throughout every phase of their life.'

"It's a change led by an entirely new board of directors that consists of seven people, six of whom are women."

The three-part "Victoria's Secret: Angels and Demons" is streaming on Hulu. Watch a trailer, via YouTube: