How extreme heat increases your risk of death, no matter where you are

Not merely a problem of the developing world, extreme heat can kill in cities even when A/C is nearby 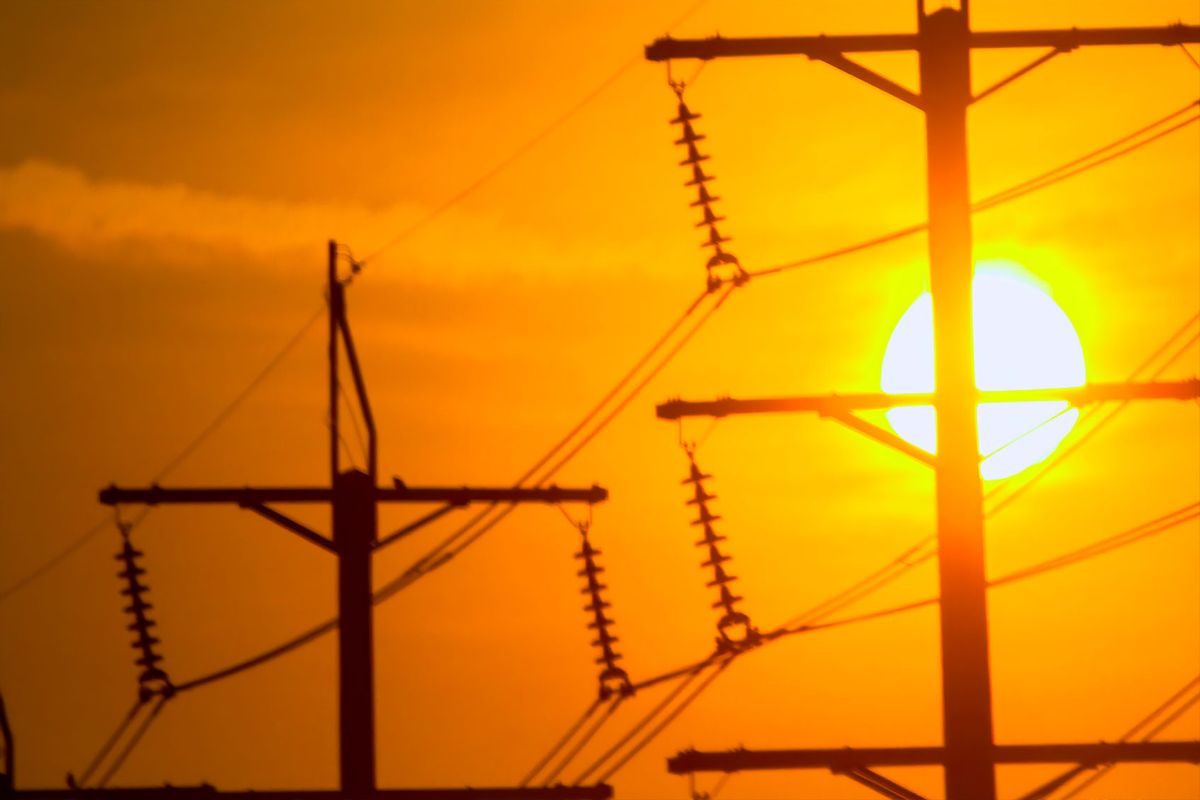 At this time last year, the internet was celebrating what was hoped would be a "hot vax summer." This year, it's just a plain old hot summer.

Temperatures are soaring across the Northern Hemisphere, with record-setting highs and heat waves in Europe, North America and Asia. In the Pacific Northwest, public health officials are expecting heat index values to reach dangerous levels this week as several high-temperature records will likely be set. In the Northeast, a heatwave has led states like New Jersey to set triple-digit temperature records over the past week. Earlier this month, it was estimated that nearly 70 million Americans were facing a heat wave or advisory.

Meanwhile, in China — where temperatures have been increasing faster than the global average — 70 cities are currently facing a warning that temperatures are expected to 104 degrees Fahrenheit this week. Europe's most recent heatwave has reportedly melted roads, and caused wildfires in Britain.

Climate change researchers have long warned us of the link between rising greenhouse-gas emissions and more frequent, boiling temperatures. Those temperatures, in turn, have a deleterious effect on human health — and increase the risk of death for everyone.

While there are many stories about extreme heat being deadly, and regarding the death tolls from heat, how exactly heat kills is not as often discussed. (Indeed, heat has been called the "number one killer.") Clearly, exposure to heat and sun can kill: if you were to, say, wander through the desert in the summer without water, death would be a likely outcome.

But extreme heat deaths are happening in highly urbanized areas, where shelter, electricity, and even air conditioning are commonplace. So how does heat kill in these types of places?

RELATED: Europe is getting hotter and drier

"As temperatures get warmer, certainly this is going to be more of an issue," Dr. Nicole McCoin, Department Chair for Emergency Medicine at Ochsner Health, told Salon. "There's a concern with people, particularly when they're not used to the heat, and they're getting out in the heat and exerting themselves — there's a huge risk."

In other words, exertion in a heat wave can kill. You may live in an air-conditioned apartment block in the urban jungle of New York City, but if you are already frail and go out and exert yourself during a heat wave, you may be putting yourself at risk.

Retrospectively, researchers are just beginning to understand the toll that extreme heat has had on humans over the last couple of decades. A recent study published in the Journal of the American Medical Association found that an increase in summer days where it felt like at least 90 degrees or hotter was associated with an average of 1,373 extra deaths each year, based on data from 2008 to 2017. In a separate recent study, researchers from the University of Southern California published a paper analyzing more than 1.5 million deaths in California between 2014 and 2019. They found that the risk of death increased by six percent on days when there was extreme heat, and 21 percent on days where extreme heat was coupled with air pollution. In other words, if someone is already ill or frail in some way, extreme heat can push them over the edge.

According to the Environmental Protection Agency, heat waves are occurring more often and more intensely in major U.S. cities. Specifically, their frequency has increased from an average of two heat waves a year to six from the 1960s to 2010s.

In other words, extreme heat and extremely hot days are going to become more common in the future. So what exactly is the risk of prolonged extreme heat on the human body?

"Eventually, the temperature and/or humidity is too high for us to be able to compensate physiologically through sweating and that convective heat loss, and we're no longer able to maintain a stable body temperature."

Tony Wolf, a postdoctoral scholar at Pennsylvania State University's Noll Lab who studies thermoregulation and microvascular physiology, explained to Salon that the most concerning thing about extreme heat is how it affects the cardiovascular system. The cardiovascular system helps regulate our body heat by redistributing heat between internal organs. An overheated person might find that their cardiovascular system is struggling to do that, which results in heat stroke — a condition in which the body can no longer control its temperature. Heat stroke is the most serious heat-related illness.

The way that our bodies deal with heat starts with sweat. Sweat is how the human body is able to maintain its core temperature when faced with extreme heat.

"We sweat to dissipate heat, and we also redistribute blood out to our skin to cool the blood through convection, so air passing over the skin cools the blood just underneath the skin and that blood then gets delivered back to the core to keep the core temperature relatively stable," Wolf explained. "Eventually, the temperature and/or humidity is too high for us to be able to compensate physiologically through sweating and that convective heat loss, and we're no longer able to maintain a stable body temperature, and we have a continuous rise and internal or core temperature."

When that happens, the heart has to work harder to deliver blood. And if a person isn't sweating, they will lose plasma and blood volume, once again causing the heart to have to work even harder. Wolf said this is why when we see increased heat-related deaths, they're "cardiovascular in nature" and often affect older populations or people with heart-related comorbidities who might have weakened cardiovascular systems.

McCoin explained to Salon that when the core temperature of the body can no longer be maintained due to extreme heat, this is when a person will start to experience organ problems or an altered mental state.

Before experiencing a heat stroke, McCoin said a person should look out for signs that they might be experiencing heat exhaustion, too.

"People will see signs that their heart rate speeds up and their blood pressure falls, they usually will start to feel really weak — some people become lightheaded, they can have nausea, vomiting, diarrhea, muscle cramping," McCoin said. "If they transition into having a heat stroke, the big difference there is that then their mental status really starts to change and they start to get very confused, they can even have seizures, and so that is where you get into even more serious territory."

McCoin said when people start to feel these symptoms, if they can, it's important to remove themselves from the source of the heat.

"And then use cool water on the body," McCoin said. "Then if you can use that in combination with fans, that's very effective because then you have all that evaporative cooling from the fans on that wet skin."

The point at which heat is too extreme for the human body has recently been debated. Wolf from the Noll Lab has worked on research around "wet bulb temperature," which, as Peter Reiners wrote previously in Salon, is a specific measurement of heat and humidity that "makes it clear how close conditions are to lethal."

However, Wolf's research says that the wet bulb temperature that is lethal may be lower than previously understood.

Wolf said he hopes their research helps drive some policy change as the world faces a future with more frequent, intense heat waves.

"Once we establish these upper limits for a maintenance of stable core temperature above which the risk of heat-related illnesses starts to increase, we're hoping that the data can be used for policy and guidelines to help prepare you," Wolf said. "Whether that comes down to increasing availability of cooling centers, or whatever it may be."