Scholars have argued for decades that depression has a social and political cause. A new study reinforces that view 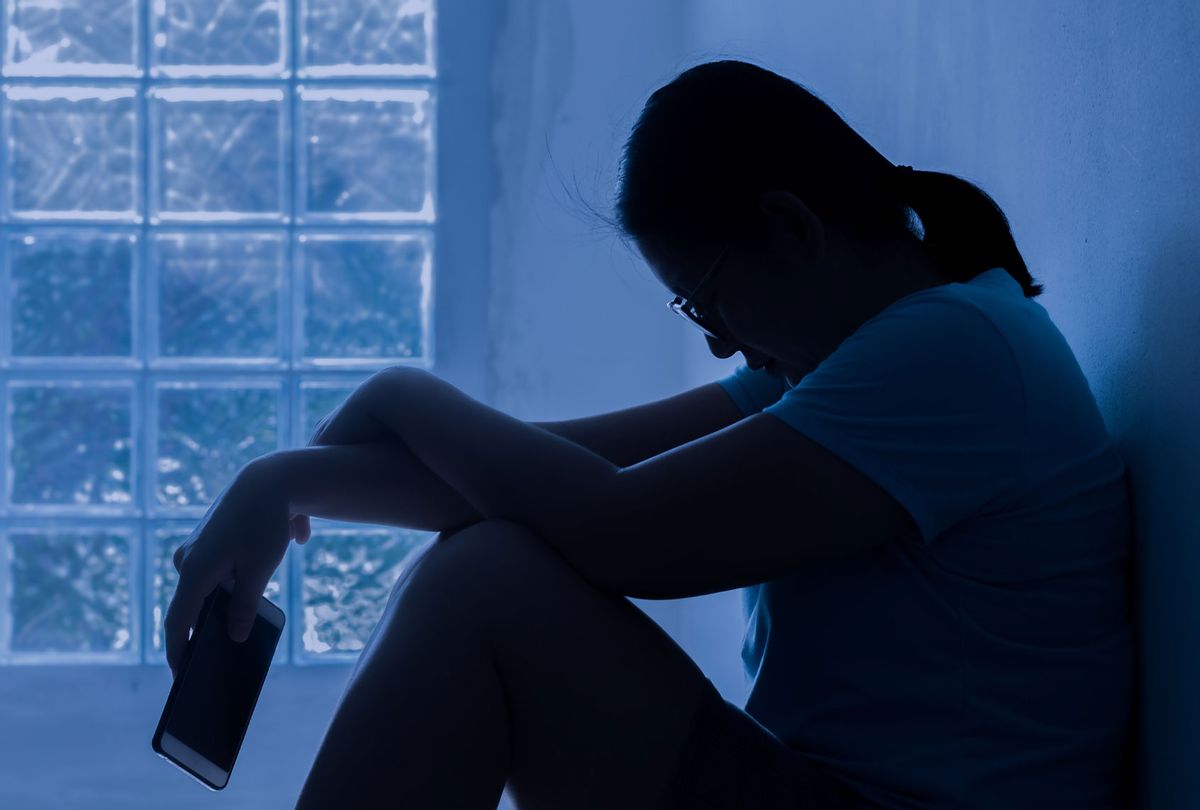 When you suffer from depression, it can feel like your own brain has betrayed you. That feeling may explain why the theory that depression is caused by a chemical imbalance in the brain is so widely believed to be true. Indeed, if depression can be reduced purely to anatomy, then perhaps it can be cured as easily as any other physical ailment. After all, who wouldn't want to take a magic pill that makes all of their suffering go away?

Now, a new study has undermined the aforementioned "serotonin hypothesis" — namely that, as the American Psychiatric Association puts it, "differences in certain chemicals in the brain may contribute to symptoms of depression." That hypothesis motivated the pharmaceutical industry's drug formulations, and indeed, underpins the chemistry of their anti-depressant drugs (particularly SSRIs, or selective serotonin-reuptake inhibitors), which were marketed to correct said imbalance. Neurologically speaking, these kinds of drugs perpetuate the presence of serotonin, a neurotransmitter with a wide variety of functions, in the brain; specifically, a "reuptake inhibitor" prevents the serotonin from being reabsorbed as quickly as it might naturally, meaning more of it circulates for longer.

To determine whether SSRI medication was effective, researchers writing for the journal Molecular Psychiatry performed a systematic umbrella review of 17 studies to determine what the evidence says.

"There has been [three] decades of intense research on many aspects of the serotonin activity in depression, and we found that it provides no support for the idea that depression is caused by low serotonin."

"The main areas of serotonin research provide no consistent evidence of there being an association between serotonin and depression, and no support for the hypothesis that depression is caused by lowered serotonin activity or concentrations," the researchers explained. "Some evidence was consistent with the possibility that long-term antidepressant use reduces serotonin concentration."

That calls into question the chemical imbalance theory of depression.

Salon spoke by email with corresponding author Dr. Joanna Moncrieff, a professor of psychiatry at the University College London. Moncrieff made it clear that the new paper does not definitively disprove the serotonin hypothesis, since it is impossible to prove a negative and future research can always alter present conclusions.

"But there has been [three] decades of intense research on many aspects of the serotonin activity in depression and we found that it provides no support for the idea that depression is caused by low serotonin," Moncrieff explained. "I think that is about as definitive proof that the theory is false as you can get." Moncrieff also pointed out that although depression could be caused by a different biological mechanism, "no other testable hypotheses have been proven either."

Jonathan Sadowsky, an award-winning historian at Case Western University who specializes in the history of psychiatry and recently wrote the book "The Empire of Depression," criticized the paper when corresponding with Salon by email.

"The finding that there is little or no association between serotonin levels and depression is not a decisive blow against the SSRIs, because medicines should be evaluated primarily on their efficacy, not their theoretical premise," Sadowsky wrote to Salon. "The authors of this study propose that the efficacy is based on an amplified placebo effect or blunting of emotion generally. These are possibilities and they should be studied."

Moreover, Sadowsky argued that there could be other explanations, and ultimately "if something works to help treat it — whether it is psychodynamic therapy, cognitive-behavioral therapy, psychedelic drugs, or the drugs we call antidepressants — it should be considered as a treatment, whether the theory of causation that lies behind it is true or not."

Perhaps anticipating this kind of feedback, Moncrieff shared an official set of responses with Salon that address this criticism of the study.

"The most common rejoinder to a widely reported study that antidepressants don't act on the underlying chemical cause is that even if we don't know what their mechanism of action is we know that they work," Moncrieff explained. "But the authors of the original piece have countered that the evidence for the drugs working is not convincing, and argue that how we understand what antidepressants do has major implications for decisions people might make about whether to use them or not."

"There is almost no research on the effects of long-term use at the moment even though millions of people use these drugs for years and decades," Moncrieff told Salon.

For his part, Sadowsky (who is not a scientist) acknowledged that he believes the question of whether depression has environmental causes is "settled science." The new study emphasizes the need to focus more on environmental factors, with Moncrieff telling Salon that there is a lot of research on that subject (including in their review) and "we know depression is strongly associated with adverse life events and circumstances — such as child abuse, divorce, poverty, loneliness etc."

In addition to increasing our research on the role of environment in causing depression, Moncrieff argued that scientists need to learn more about the long-term effects of antidepressants that alter brain chemistry.

"There is almost no research on the effects of long-term use at the moment even though millions of people use these drugs for years and decades," Moncrieff told Salon. "We also need research into withdrawal effects and how to minimize these and how to treat people who suffer from severe and prolonged withdrawal and also from post SSRI sexual dysfunction."

So if a chemical imbalance may not be the cause of depression, what is? For decades, numerous researchers and public intellectuals have noted the substantial evidence that depression and other mental illness are linked to capitalism, the dominant economic system in the Western World — and one which governs the way we relate to each other, our selves, and our hopes and dreams. Oliver James, a psychologist who authored the 2008 book "The Selfish Capitalist: Origins of Affluenza," argued that the materialistic, self-obsessed and competitive culture of neoliberal capitalist societies instill "emotional distress" in their populations. Some of his evidence comes from the impressive rise in SSRI prescriptions in western countries, which far outpace population growth.

"It may at first seem remarkable that so many workers have been persuaded to accept such deteriorating conditions as 'natural', and to look inward — into their brain chemistry or into their personal history - for the sources of any stress they may be feeling."

Likewise, the late Mark Fisher, a cultural critic and philosopher, argued in a 2011 essay, "The Privatization of Stress," that precarious economic circumstances engendered by the inequality innate to capitalist economies generate depression and anxiety.

He gave an example from an interviewee, an underemployed man named Ivor who was relying on short-term temp contracts to eke out a living, and who went on a trip to the grocery store and missed a call from an employment agency offering him work for the day. When Ivor returned home, Fisher writes, the contract was already filled.

"Such laborers are expected to be waiting outside the metaphorical factory gates with their boots on, every morning without fail," Fisher said. "It is hardly surprising that people who live in such conditions — where their hours and pay can always be increased or decreased, and their terms of employment are extremely tenuous — should experience anxiety, depression and hopelessness. And it may at first seem remarkable that so many workers have been persuaded to accept such deteriorating conditions as 'natural', and to look inward — into their brain chemistry or into their personal history - for the sources of any stress they may be feeling."

Mikkel Krause Frantzen, author of "Going Nowhere, Slow: The Aesthetics and Politics of Depression," has described depression as "collective" and political problem. In a 2019 essay in Los Angeles Review of Books, Frantzen describes how many people are understandably depressed by the sad state of real-life events and politics — such as looming existential crises like climate change, and the way that neoliberal capitalism forecloses the possibility of any alternative future. In Frantzen's narrative, these sad situations are very rightfully inducing depression; Frantzen borrows a term, "depressive realism," to describe the relatable depression one might feel from observing the state of the world.

If the "chemical imbalance" hypothesis is further undermined by future studies, it suggests that the cause of depression may indeed be political — as writers like Fisher have theorized for decades — and related to the social conditions engendered by capitalism and modernity, rather than mis-aligned brain chemistry.

on depression and neurology: