Everything I learned about building a better sandwich, I learned at my local bánh mì counter 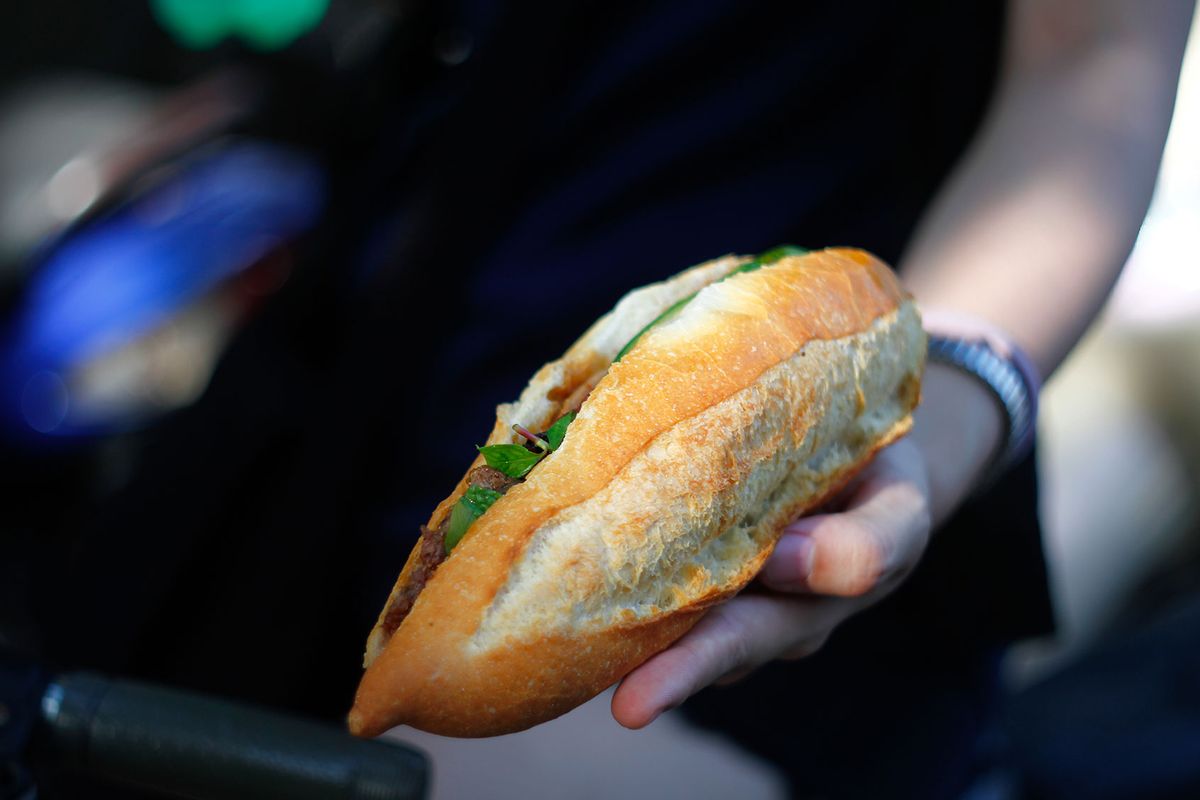 The best turkey sandwich I've ever eaten comes from the bánh mì counter at the end of my block. It's so good that every weekday around 2:45 p.m. — after I've completed my standing meetings for the day — I either walk to retrieve one or berate myself for spending the bulk of my weekly eating out budget on what could be subjectively classified as "too many sandwiches."

The first time I ordered one at Ba Le in Chicago was actually a mistake. The shop, which looks like a little like a 7-Eleven with bamboo and gold accents, tends to be pretty busy around lunchtime, so my request for the daily special (pâté, ham, head cheese and pork roll) was likely muffled under my mask amid the noise of the crowd and a Vietnamese-language cover of Sixpence None the Richer's "Kiss Me." What I received instead was their version of a turkey sub.

I took it, along with an avocado smoothie, outside to a bright blue picnic table and took a bite. Then another and another. Finally, I shoved it across the table to my boyfriend. "I think this is the best turkey sandwich I've ever eaten," I said. He nodded.

The best sandwich is a bacon, peanut butter and tomato sandwich — really

Don't get me wrong, I've had good turkey sandwiches. There's my annual Thanksgiving leftovers sandwich, which is packed with stuffing and smeared with cranberry sauce. I could also wax poetic about the merits of a diner-quality club, but this sandwich from Ba Le is consistently great.

Let me break down its components.

Much like a traditional bánh mì, it's served on a crusty baguette that's been cut, toasted and smeared with Vietnamese mayonnaise. They sell little jars of their house-made mayonnaise from a refrigerated case by the counter, by the way; it's thick and buttercup yellow from the high concentration of whipped egg yolk. Then comes the turkey breast and paper-thin slices of Swiss cheese.

The result is a simple, but wildly nuanced, umami-rich sandwich that hits all these major and minor flavor notes.

The sandwich is then dressed with so-much-cilantro and strips of mild white onion, as well as a couple different kinds of pickled vegetables, including carrot, daikon and some particularly vinegary jalapeño slices. Depending on who's behind the counter, the sandwich may get splashed with a little bit of soy sauce, or it may not.

The result is a simple, but wildly nuanced, umami-rich sandwich that hits all these major and minor flavor notes — acid, sweetness and spice from the vegetables, creaminess and funk from the mayonnaise and cheese, verdance from the cilantro, savoriness from the turkey and soy — without ever getting soggy.

Recently, to assuage my guilt over spending so much money on Ba Le's sandwiches, I went ahead and bought ingredients to make my own version (which actually included baguettes and mayonnaise from Ba Le). It was delicious, and it certainly beats the turkey sandwiches I'd previously pulled together for myself between work meetings.

For the quick-pickled vegetables

If possible, buy the mayonnaise from your local Vietnamese grocer. Kewpie, a Japanese mayo made using just egg yolks, is another solid choice. Here's why it's the most popular brand of Japanese mayo in the world.