"Never Have I Ever" should let Devi be single

This season, the Netflix series offered a prime catalyst for its lovelorn lead to change, but ultimately failed her 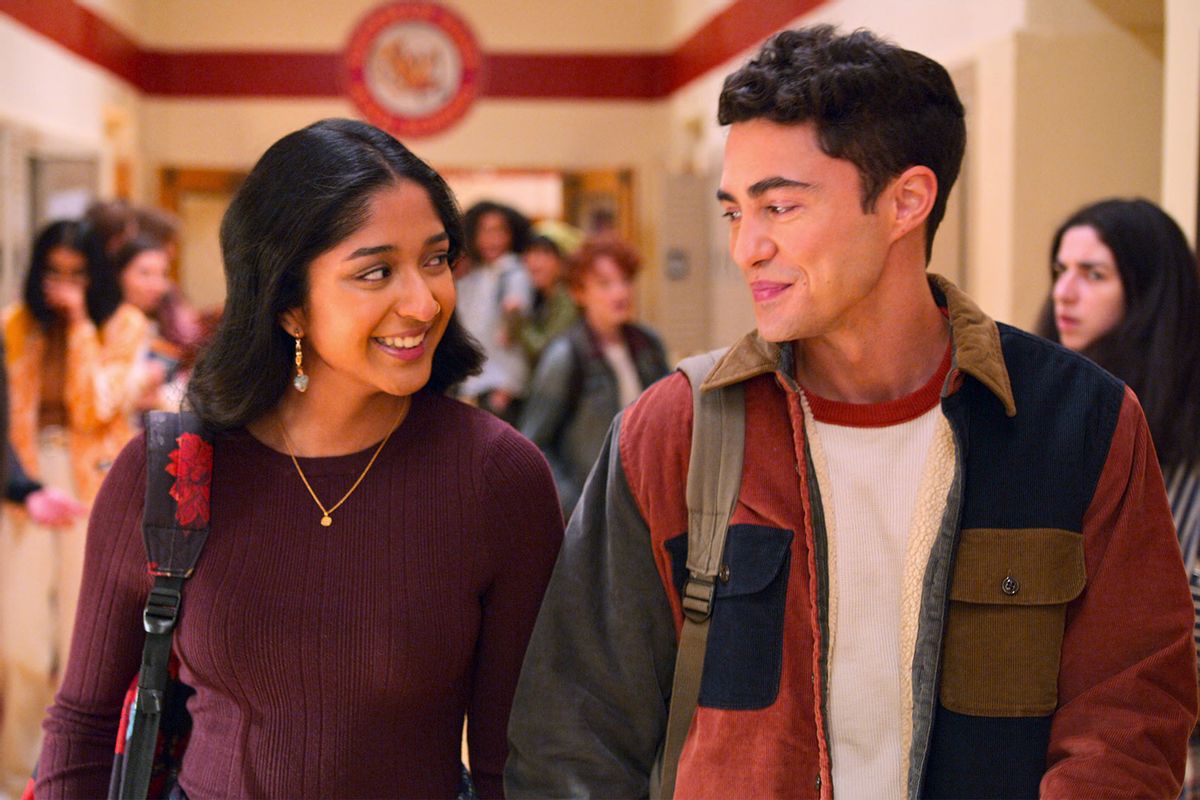 The following contains spoilers from the third season of "Never Have I Ever."

If the first two seasons of Netflix's teen comedy "Never Have I Ever" offered a warm and funny coming-of-age story grounded in emotional meditations on grief and familial expectations, the third season is a stark reminder that protagonists need to grow, preferably in tandem with their show's ongoing arcs.

In Season 3, Devi (Maitreyi Ramakrishnan) has finally embarked on a real relationship with her dream boy, Paxton Hall-Yoshida (Darren Barnet), after he swept her off her feet (hit her with his car) at the school dance in the Season 2 finale. There is no shameful sneaking around this time, no trying to date multiple people at once — they are in a public, committed relationship (well, as committed as someone in high school can be). But it becomes clear very early that while Paxton has forgiven Devi for her actions in Season 2 and is all in on their relationship, she can't quite get out of the way of her own happiness. Consequently, the show stumbles when they're together and becomes much stronger once they call it quits.

Instead of obsessing over how to get Paxton to like and/or date her, Devi spends the first three episodes of the season channeling her energy into finding obstacles within their relationship over which to obsess. For example, after overhearing girls gossiping in the restroom at school, she becomes laser-focused on having sex beause she fears Paxton won't stay with her if she doesn't sleep with him (for the record, he's cool with taking things slow). In the second episode, Devi receives an anonymous message warning her that Paxton isn't who she thinks he is, which makes her panic. We soon learn the message is from Haley, Paxton's former best friend with whom he had sex and then never spoke to again. Fearing she could be next, Devi gives her new boyfriend an ultimatum: apologize to Haley or she can't be with him. Although he initially refuses, Paxton eventually agrees, making amends with Haley and, in the process, several other people he's hurt in the past, too. Unfortunately, his sincerity leads to the end of their relationship anyway.

9 TV shows that center on South Asian desire, from "Mismatched" to "Starstruck"

Rather than setting Devi on a path of personal growth, the breakup ultimately means very little for our would-be heartbroken protagonist.

In the pivotal third episode, Paxton and Haley rekindle their friendship, sending Devi into a self-sabotaging spiral. Despite Paxton showing her time and again how much he likes and cares for her, she can't stop fixating over their differences, comparing herself to Haley and wondering why Paxton would want to be with someone like her when he could be with Haley. She insists people think they make no sense as a couple, and by the end of the episode, Paxton has had enough. He tells Devi she's the only person who thinks they don't make sense, and that although he likes her, he can't be in a relationship with her until she likes herself.

It is a major moment, one that feels like a catalyst for a season of change. But rather than setting Devi on a path of personal growth, the breakup ultimately means very little for our would-be heartbroken protagonist. An abrupt time jump opens the season's fourth episode, allowing the show to skip over any introspection and emotional healing that otherwise might have occured (apparently no one in the writers' room saw the fourth season of "Veronica Mars"). It's an obvious storytelling shortcut, one that does the show no favors. For a series that has spent a considerable amount of time on its lead's grief — and handled it well — it's embarrassing that it would skip the ensuing pain of Devi's breakup with her supposed dream boy, even if it's been clear from the start they likely wouldn't last. And it is even more baffling once it's clear Devi has seemingly learned nothing from the entire ordeal, as she has found a new crush by the end of the fourth episode and begins the cycle anew.

Now, it's possible that Netflix executive interference derailed producers' plans for exploring Devi's heartbreak and healing in more detail — it wouldn't be the first time network notes or studio directives harmed a show's narrative — but we'll likely never know if that's the case. So we have to take everything in Season 3 at face value, which means we're stuck staring down an ill-advised time jump of interminable length that allows Devi to come out the other side mostly intact but without growing much at all.

Once he ends things with Devi, Paxton is essentially set free, and the writers are able to focus on more substantial storylines that deepen his character arc. 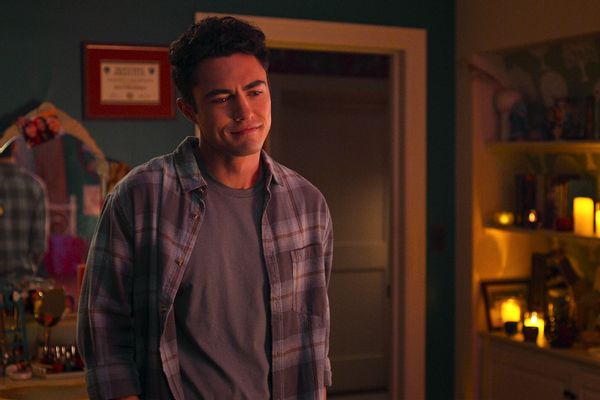 But even if "Never Have I Ever" fails Devi post-breakup, Paxton and the show benefit from their parting. For much of the series, Devi has been obsessed with Paxton and has treated him as a shiny object to be attained rather than a person with feelings of his own. Once he ends things with Devi, Paxton is essentially set free, and the writers are able to focus on more substantial storylines that deepen his character arc. To put it another way, the show finally treats him like a human being, with his own wants and desires.

We first saw glimpses of this in Season 2 when Paxton learned he wouldn't be able to attend college on a swimming scholarship and had to start focusing on academics. That arc continues in Season 3 once he's allowed to exist on his own outside of Devi's story. We see him interacting with different characters, like when he gives Fabiola (Lee Rodriguez) relationship advice, films an audition tape for Eleanor (Ramona Young) and takes Ben (Jaren Lewison) to the hospital when the latter boy thinks he's suffering from appendicitis. It turns out to be something else (and something much funnier), but the situation allows the two most important men in Devi's life to talk to one another, giving us a glimpse into Paxton's own insecurities, like how he was once jealous of Ben because he was smart like Devi, or how he still doesn't know who he is below the surface. Later on, we even see Paxton apply to and get into college in Arizona, confirming that all of his hard work was ultimately worth it.

So much of what we see in "Never Have I Ever" is naturally filtered through Devi and her wants and needs. But a show in its third season can't sustain itself on a limited viewpoint, especially when its lead refuses to grow and learn from her mistakes. Every single second we spend with the show's supporting cast is a detour that helps to expand the show's world and strengthen its ongoing narrative. As silly as Ben's arc was in his POV episode this season, it was a welcome reprieve from Devi's cycle of insecurities and constant boy chasing. That it allowed Ben's and Paxton's stories to both move forward — and the latter to reach his full potential — is a bonus. And it was largely possible because neither Ben nor Paxton were dating Devi at the time.

As we look toward the fourth and final season of "Never Have I Ever," it's just as imperative that Devi make progress, too.

So while it's a shame Devi does not evolve in tandem with Paxton in Season 3, their breakup at the end of the third episode is still a positive development for the show overall. Not only does it mean the writers no longer need to seek out obstacles to throw in their path or fabricate ways for Devi's anxiety and insecurities to derail them as a couple, but it also means there is more time to explore other storylines and focus on the bigger picture. We're treated to new and different points of view, creating a more well-rounded and balanced narrative. 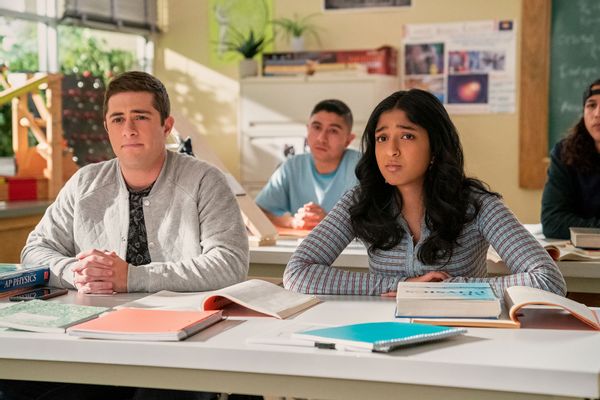 But as we look toward the fourth and final season of "Never Have I Ever," it's just as imperative that Devi make progress, too. The show flirts with growth in the Season 3 finale when Devi gets into a prestigious boarding school in Colorado and contemplates spending her senior year away from her family and friends. Upon visiting, she discovers she fits in with the other students, and moving away would allow her to prioritize herself, so she initially decides it's what's best for her and her future. But it would be ridiculous to think a show would blow up its entire world ahead of its final season, so Devi ultimately decides to stay put in California. Her dreams have changed, and she's not ready to leave her mom so soon after losing her dad.

Although the new school storyline appears out of nowhere and has to do a lot of heavy lifting that could have — and should have — been done throughout the season, it's a good reminder that although much of the show is focused on Devi's love life and her interpretation of how others view her, "Never Have I Ever" is about much more than that. It's also a poignant story about family, about grief and adversity, about meeting one's potential, and about the complex relationship that exists between mothers and daughters. The writers would be smart to remember this more than a few times a season as Devi's story comes to a close.

The end of high school is, by nature, a transformative time. While Devi's decision to cash in Ben's "one free boink" at the end of the Season 3 finale doesn't exactly signal that we're going to see a period in which she truly prioritizes herself in order to grow and mature, a potential relationship between Devi and Ben might still allow our protagonist to see herself as he does, as so many already do. With only one year left of high school and one season left of the show, Devi and "Never Have I Ever" both need to make the most of the time that remains. Hopefully the forward movement that started in the Season 3 finale is a sign that deeper change is on the way.

Commentary Netflix Never Have I Ever Tv