Ready in a flash, caramelized tomato and sesame noodles are the best budget-friendly weeknight meal

Pantry staples are the basis of the flavorful sauce 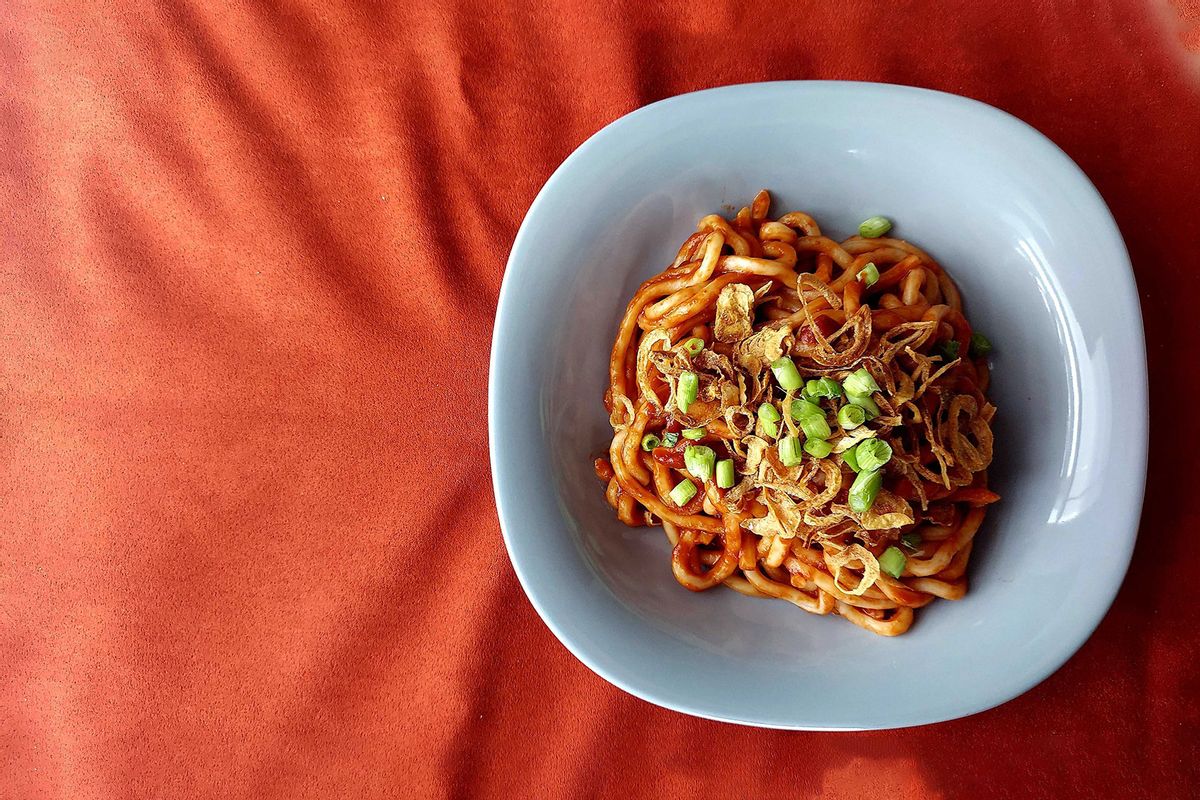 When I was a teenager, I would lose myself in the cookbook aisle of my local used bookstore as I imagined the kinds of dinner parties I would throw when I had a kitchen of my own. I was drawn to thick cookbooks filled with expensive ingredients and aspirational menus, and I specifically remember passing over books about eating on a budget — classics like "The Thrifty Cook" and "Good Recipes for Hard Times" — because it wasn't the future I envisioned for myself.

Then I grew up and realized that "rent week" was suddenly a monthly reality.

Quickly, I developed a roster of cheap, filling meals that could be cooked reliably in my studio apartment galley kitchen. Most of them were built off pantry staples — like dried beans, canned vegetables and grains — and most of them just so happened to be vegetarian and vegan.

When I was in graduate school, at the height of my rent week worries, I lived in an apartment behind a Chinese restaurant. The owners were lovely people who would sneak me an extra portion of the kitchen's "family meal." Most often, it was 番茄炒鸡蛋, stir-fried tomatoes with scrambled eggs. It was this umami-rich, acidic dish, punctuated with a little nuttiness from sesame oil that was immensely comforting. I have grown to really, really love this flavor combination, which I have mimicked often, including in this caramelized tomato and sesame udon.

It starts with a few pantry staples, such as tomato paste, sesame oil and soy sauce. I'm partial to udon because I can get it fresh on the cheap at the Asian market down the block, but any kind of noodles work in this dish. Rice noodles, soba or even plain spaghetti do the trick. Everything gets topped with fried shallots (another great, inexpensive flavor booster that is shelf-stable) and fresh scallions (because two alliums are better than none).

If you eat dairy and eggs, feel free to add a pat of butter to the pan and top this dish with a jammy egg. If you're vegan, plant-free butter is a delicious addition, while crispy or silky tofu is an inexpensive way to add both flavor and protein.