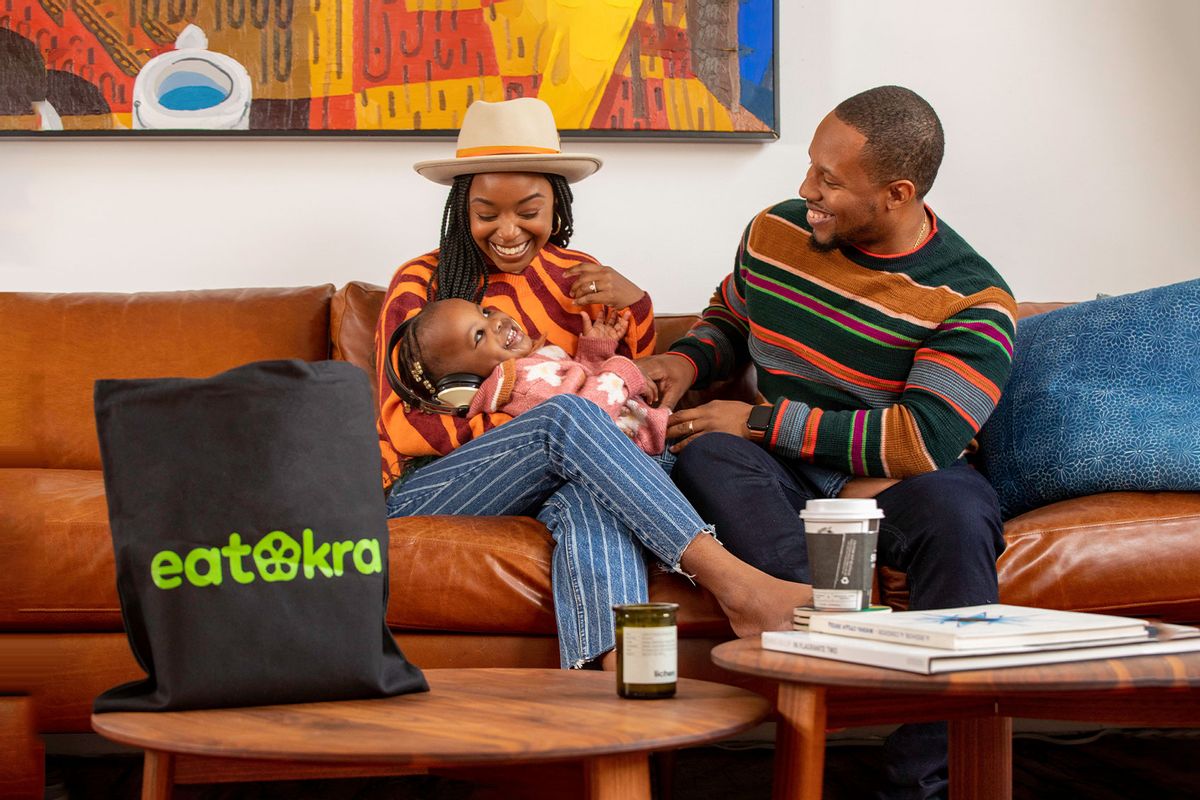 As Donald Trump was ramping up his first tumultuous run for the presidency in 2015, the country was outwardly starting to grapple with long-suppressed conversations about equity and social justice. In Brooklyn, an enterprising software developer named Anthony Edwards Jr. felt compelled to do something.

"I had a hunger to build something, and my girlfriend [now wife Janique Edwards] said, why don't you build an app to support Black-owned restaurants?" Anthony Edwards says. "I've always dabbled in building websites. And amid all these Black and white social-justice conversations, it felt like the perfect opportunity."

Chef Marcus Samuelsson: "Look out for the Black-owned restaurants … because we need you right now"

Over the next six months, Edwards built the website whenever he wasn't working at his full-time job at a construction project management software company. The couple input all the data themselves—some 350 mostly New York-based restaurants they'd unearthed like so many diners before: through word of mouth, articles and informally shared Google Doc lists. They debuted the app in May 2016, calling it EatOkra in a nod to their Southern heritage and the ingredient's literal and symbolic role as a binding agent and connector of Black Americans.

That first year, the app amassed some 350 unique downloads. That number climbed to 3,000 a year later and 12,000 in 2018. By May 2020, EatOkra had close to 50,000 downloads—"pretty good for a company that was completely bootstrapped and didn't put any money towards marketing," Edwards quips.

"We were just in the right place at the right time. It gave people a way to spend their money intentionally with Black-owned businesses."

"The situation was so sad with what happened," he says. "We were just in the right place at the right time. It gave people a way to spend their money intentionally with Black-owned businesses."

The app's ascent to now 475,000 unique downloads unfolded alongside a devastating few years — with the global pandemic and continued instances of police brutality against people of color — but also, encouragingly, a time of soaring support for Black-owned businesses. From February 2020 to February 2021, searches for Black-owned businesses jumped 3,085% on Yelp, according to data from the review site.

EatOkra has responded and grown in kind, releasing new iterations that require users to create accounts and allowing them to save their preferences to the cloud and becoming more hands on with restaurant users. Its "freemium model" means every participating restaurant is listed for free. A monthly or annual subscription fee gets them marketing placement within the app and access to their business profile, corporate partnership campaigns, webinars and educational opportunities, including a 30-minute consultation.

Currently, more than 11,000 Black-owned restaurants nationwide are listed on EatOkra. Of course, all of this has meant more than a few sleepless nights for the Edwardses to process incoming leads and simplify the app's code.

As EatOkra's star has risen, it caught the attention of Apple, which gave EatOkra one of its 15 annual App Store Awards in December 2021 on the chosen theme of "connection." A starstruck Edwards likened it to winning an Oscar: "Having Tim Cook on our calls and presenting it to us virtually," he says, pausing. "I never thought about getting an award, but it's something my wife and I will never forget."

Of course, there's still work to do, especially given the havoc the past two and a half years of Covid disproportionately wreaked on Black-owned small businesses. From February to April 2020, Black business ownership dropped by 41 percent, the largest drop of any racial or ethnic group, according to a report from the House committee on small business. When government aid became available, paycheck protection program funds only reached 29% of Black applicants versus 60% of white ones.

Early in the pandemic, as restaurants were scrambling to build to-go infrastructure, EatOkra created an in-app delivery button, enabling restaurants to connect to their preferred third-party delivery apps. Thousands of leads poured in from owners hoping to get added to the platform.

"Way more than Janique and I could ever process," Edwards remembers.

They held a fundraiser on crowdfunding app FundBlackFounders.com, raising $30,000 that went partly to hiring a team to help process the massive list.

They used the rest to start purchasing Black-owned food and beverage products like Nafis Originals African peanut sauce and Junita's Jar cookies, and launched the EatOkra marketplace last summer. Currently there are about a dozen available.

"It's another opportunity for restaurateurs to get in front of people, and for the community to support them through their products in a virtual way," Edwards says, adding that the couple are in the midst of what they call "phase two," which will enable people to order food products directly within the app. "We want to purchase more products focused on the pantry, get a bigger warehouse—really become that next Amazon."

"We want to purchase more products focused on the pantry, get a bigger warehouse—really become that next Amazon."

EatOkra is also launching an e-learning platform in late October to give restaurateurs the financial resources and development tools they need to grow their businesses. The online academy will offer restaurateurs guidance on everything from menu optimization to leadership, branding, finance and real estate.

The app's continued growth also coincides with one positive post-pandemic datapoint released this spring by the University of California Santa Cruz. Black-owned business ownership is up by almost 30% on pre-pandemic levels, which is being driven largely by Black women.

Even as the founders continue to navigate each, often overwhelming, stage of growth and their changing day-to-day roles, Edwards still finds himself in awe of the even small positive impacts of connecting people to Black-owned eateries.

Recently, a man pulled him aside in an electronics store to say EatOkra helped him lose 40 pounds, because he replaced a lot of fried and fast food with vegan dishes from Black-owned restaurants. The owner of Brotherly Grub in Philadelphia recently messaged Edwards to tell him about how a group of couples who regularly travel together came to her restaurant after finding it on the app.

"They loved it and ended up yelling, 'EatOkra! EatOkra!'" Edwards laughs. "It's so important for us to engage, because it's a very specific community that's drawn to us. We love enabling people to find things in their own neighborhood that they might have passed a thousand times but just didn't know. Hearing their stories, I realize they just gotta be introduced in the right way, at the right time. I hope we are one of the ways people do that."