If you're looking for high-minded musings about the trauma and turmoil of workaday life, look elsewhere 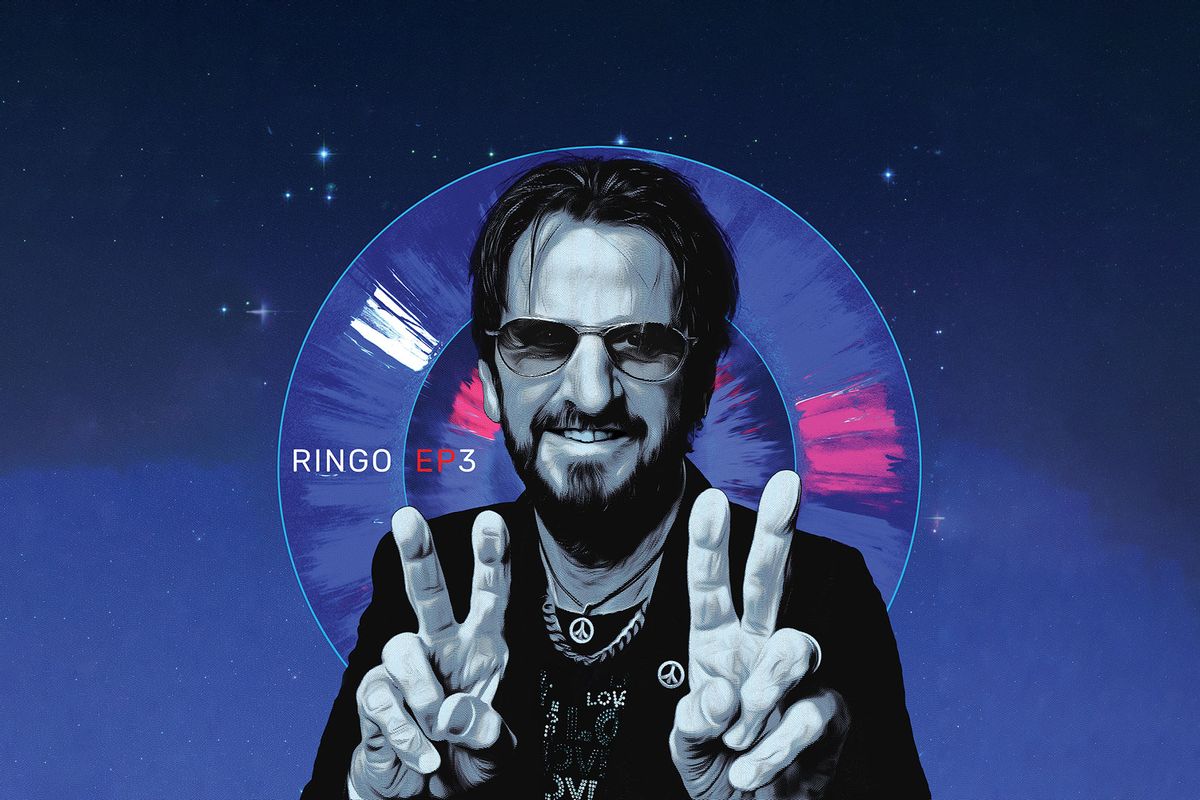 In a world beset by madness and division, there's always Ringo.

With "EP3," famed Beatles drummer Ringo Starr is back with a vengeance, sharing his no-nonsense vision of peace and love. As with his previous efforts "Change the World" and "Zoom In," "EP3" is an unabashed, sincere attempt at finding a little light in a downtrodden world.

"I am in my studio writing and recording every chance I get," says Ringo in the press materials. "It's what I have always done and will continue to do, and releasing EPs more frequently allows me to continue to be creative and give each song a little more love."

And with the All-Starr Band having commenced the most recent leg of its North American tour, he'll be spreading the love far and wide. Founded in 1989, the All-Starr Band has proven to be one of rock 'n' roll's steadfast, bona fide, guaranteed good times. The latest incarnation features All-Starr veterans Steve Lukather, Colin Hay, Warren Ham, Hamish Stuart, Gregg Bissonette and Edgar Winter. And Ringo, of course.

"EP3" was recorded at Starr's Roccabella West studio in collaboration with Lukather, Linda Perry, Dave Koz, José Antonio Rodriguez and Bruce Sugar. The EP is pure Ringo, with his trademark baritone vocals set against upbeat, even buoyant lyrics. If you're looking for high-minded musings about the trauma and turmoil of workaday life, look elsewhere. There isn't "A Day in the Life" to be found here.

Instead, listeners will lose themselves in Ringo's breezy tunes. Standout tracks include "World Go Round," with its anthemic approach to strains of peace and love that keep our planet spinning on its axis. With high-caliber musicians including Lukather on guitar and Joseph Williams on keyboards, the good-time rock inherent in "World Go Round" gives way to the bluesy "Everyone and Everything," a Perry-penned composition about having a stake in the fate of the world.

Meanwhile, Sugar and Sam Hollander's "Let's Be Friends" affords Ringo with a driving dance groove, which he fills out with a funky horn arrangement. The EP arrives at a comforting close with "Free Your Soul." Co-written by Ringo and Sugar, the song works from a gentle island groove, with Koz on tenor sax and Rodriguez on nylon guitar.

With its unvarnished positivity, "EP3" may not be for everyone. But if you're in the mood to turn off your mind, relax and float downstream, it might be for you.

CORRECTION: An earlier version of this story attributed the writing of "Let's Be Friends" only to Bruce Sugar, who co-wrote the song with Sam Hollander. The story has been updated.