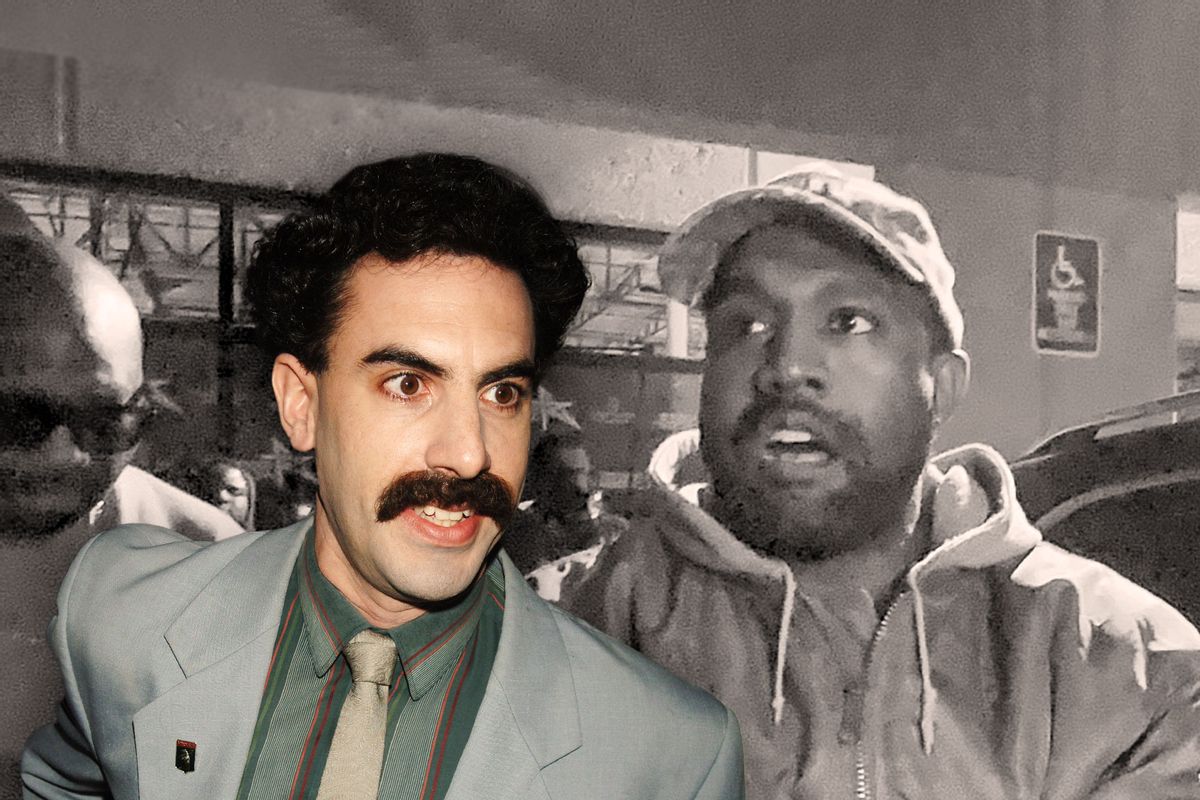 On Sunday night, Baron Cohen revived his contentious alter ego at the Kennedy Center Honors — where he was slated to pay tribute to U2 — to slam the rapper's outspoken antisemitism. West recently praised Hitler in conversation with right-wing conspiracy theorist Alex Jones, defended Nazis and posted a swastika on Twitter, which subsequently got his account suspended.

Despite the satirical nature of Borat, supposedly playing off of Americans' ignorance of the Kazakhstani, Baron Cohen (who is Jewish) has been criticized for his own racist, antisemitic and sexist portrayal of the character.

Borat then sang his own rendition of U2's 1987 hit "With Or Without You," modifying the lyrics to "with or without Jews." He paused mid-performance to ask, "What's the problem? They loved this at Mar-a-Lago. They chose 'without Jews.'"

Alongside Baron Cohen, other celebrities have also publicly criticized West and his string of comments. Prior to Borat's showcase, actor Natalie Portman condemned antisemitism on social media amid the backlash West received for his remarks on Hitler.

"Seeing the re-emergence of antisemitism makes my heart drop," Portman wrote in an Instagram post. "This hatred must be combatted with boundless love for each other. Today, I send extra love to my fellow Jews. And I send love to all those standing with us against these violent words and actions. It's been painful and frightening to listen to, and I'm extremely grateful to those who continue to speak up against antisemitism with us, and against all forms of racism."

During Monday's episode of his SiriusXM radio show, outspoken shock jock Howard Stern said West almost wants to be "a white man in the Nazi party" and also alleged that he's "so ill."

"He loves Nazis," Stern said, according to Mediaite. "I guess he doesn't know he is Black. He doesn't understand what Hitler thought of Jews [and] Black people. [Hitler] thought they were all inferior. He wanted to sterilize Black people. And if there was a mixed race baby, a Black man with a white woman for — let's say like Kanye and Kim [Kardashian] — he would kill the children . . . For a Black man to be running around saying he loves Hitler . . . what happened to this guy? What in his life led him to this mental illness?"

Stern continued, "I could give you a psychological theory that I'm sure I'm not the only one that thinks that maybe he hates being Black so much. He's so self-hating. He wants to wear a hood and pretend he's a white man. A white man in the Nazi party. In a weird way [he] despises being Black and wants to be accepted by Nazis.

"Alex Jones kept trying to throw him a life preserver, and Kanye would just slap it away," he added. "It was pretty f**king crazy. All this stuff I was reading and hearing about."