Will Smith perfected blockbuster success, but his Oscar-worthiness is tougher – slap or no slap

The actor's new film "Emancipation" isn't getting much love, but probably not for the expected bad PR reasons 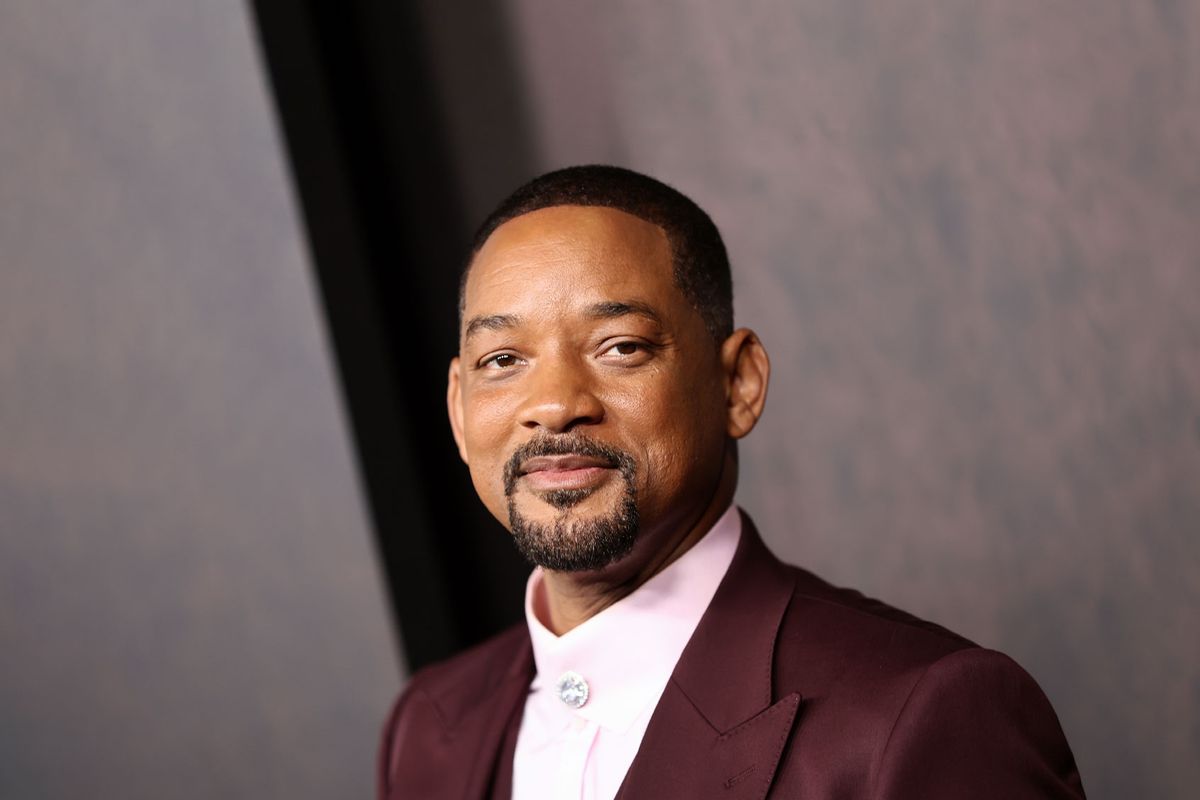 The story of Will Smith cracking the code to becoming one of the world's biggest movie stars is a staple of Hollywood lore, but in case you've never heard of it, here's the short version.

Early in his career, he and his manager James Lassiter sat down and analyzed what the top 10 box office successes had in common. Once they boiled down the different variables, they landed on three traits that drew audiences to theaters: special effects, creatures and a love story.

Molding this equation to suit Smith meant presenting the figure people had embraced in the 1990s hit sitcom "The Fresh Prince of Bel-Air" and the 1995 buddy cop hit "Bad Boys" to create a box office hero that hadn't been hyped since Eddie Murphy's heyday.

Smith couldn't easily crack the unspoken awards season code without messing up the Will Smith brand.

Between 1996's "Independence Day" and 2008's "Hancock," Smith ruled summertime, and the Fourth of July holiday specifically. He still holds the record for the most consecutive $100 million-plus hits at the U.S. box office at eight in a row starting with "Men in Black" in 2002 and ending with "Hancock." His other 2008 release, the critically panned "Seven Pounds," broke that streak.

Some may see a metaphorical significance in "Seven Pounds" being a December release, perhaps surmising that winter isn't the star's season. 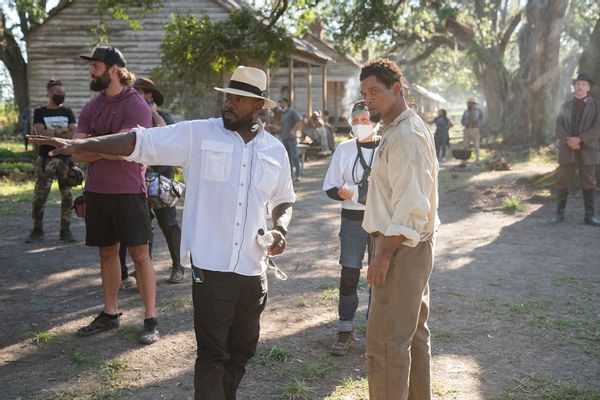 But low temperatures didn't defeat Smith. Neither did a perceived inability for audiences in the aughts to view the action movie headliner as a dramatic heavyweight. His Oscar-nominated performances in 2001's "Ali" silenced that theory, even if it bombed, as did 2006's "The Pursuit of Happyness," which snagged him another performance nod.

Smith's dilemma is that he couldn't easily crack the awards season formula without messing up the Will Smith brand – an entirely separate strategy from the one that made him a massive star.

The latest version of Will Smith, a man who embraces personal transparency, evolution and growth, is a better fit for awards season. Rather, it should have been, if not for that fateful Oscar night back in March.

Stars, you should yield to "Ziwe" and its playful hostility

The rollout of "Emancipation," the story of the man whose scarred back is one of the most lasting images associated with American chattel slavery, is its most serious test yet. To understand why, one must look at how his old blueprint lost its sure-shot effectiveness. 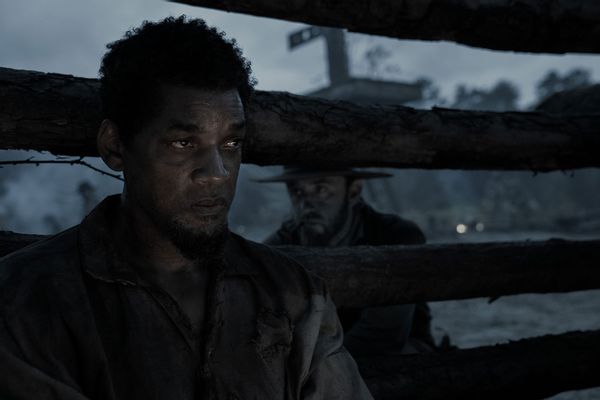 Will Smith in "Emancipation" (Photo courtesy of Apple TV+)

Huge studio franchises took over the summer theatrical landscape and usurped his status as the king of the summertime box office. No matter; despite the filmgoing audience's tastes evolving away from his type of action hero – aside from the "Bad Boys"-style cop model that still serves him – his star power remains intact.

That statement might be laughable to anyone who experienced his 2019 output, which includes both his visually stupefying turn as the genie in the live-action version of "Aladdin" and "Gemini Man." Of the two, "Aladdin" is the one that made money – more than $1 billion globally. The other movie lost Paramount $111 million.

"Aladdin" isn't a creative pinnacle for anyone involved, but it is a Disney title that, like Smith himself, is recognized around the world. To make a time jump back to 2008 for a moment, consider that one reason "Hancock" achieved such success is that it dropped at the outset of what would become the age of the Marvel Cinematic Universe. Smith could still wring mileage out of playing a lousy superhero in the same year "Iron Man" debuted.

From then on, the only piece of the superhero explosion he took part in was to play Deadshot the first "Suicide Squad" for DC – the (miserable) one that wasn't directed by James Gunn.

Those still wondering what long-term impact the Oscars incident will have on his career might not have been following Smith's constant molding of his image, whether via social media shares or through the sometimes painful confessionals with his wife Jada Pinkett Smith and their children on "Red Table Talk." 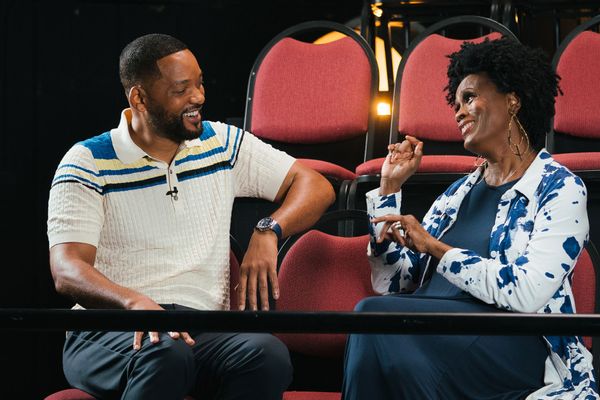 Maybe they missed "The Fresh Prince of Bel-Air" reunion where he sought and received absolution from Janet Hubert, the unceremoniously disappeared dark-skinned Aunt Viv whose career was ruined in part by Smith badmouthing her. ("They said it was you who banished me. Because you were Will," Hubert told him. He acknowledged his terrible error and apologized, saying, "I was 21 years old. Everything was a threat to me." The audience ate it up. )

Even a superstar's bruised disposition can get the better of them.

This is all part of the Smith family's meticulous exposure management, and it partly explains why Smith doesn't have an extensive awards season track record. Between "Seven Pounds" and 2021's "King Richard," he only starred in two serious December movies: "Concussion," released on Christmas Day 2015, and 2016's ensemble-driven mess, "Collateral Beauty."

That's around the same time that Smith fine-tuned his skill as a marketer, which is how he described himself to a Cannes Lions audience that year.

"My career has been strictly being able to sell my products globally, and it's now in the hand of fans," he said, speaking about the new focus on social media and retraining his emphasis on artistry.

His choices didn't always jibe with the zeitgeist; 2020 may have been the year of protests and debates about policing, but it also saw Smith's return as a cop in "Bad Boys for Life," the highest-grossing film in the franchise's history. 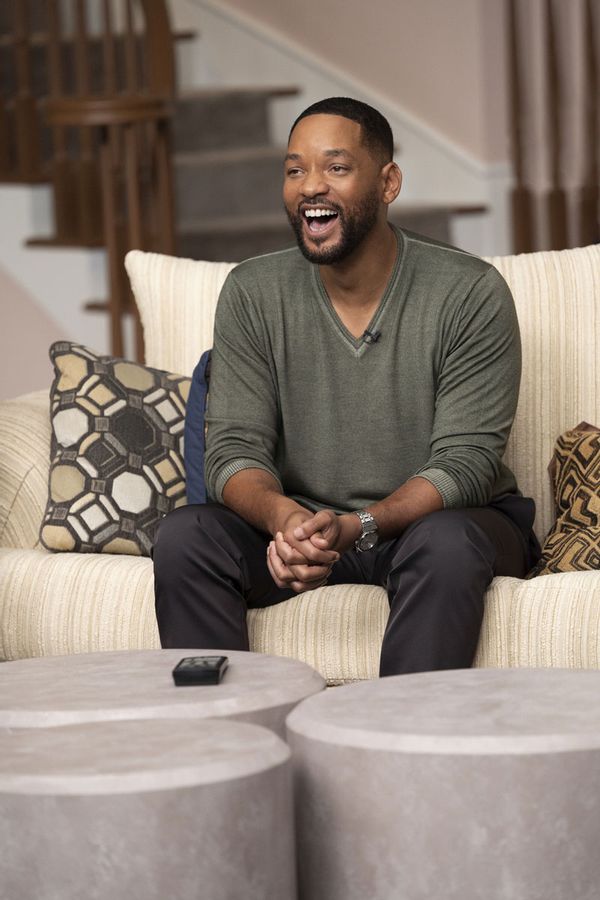 That said, the success of "King Richard" is a flawless merger of the Will Smith brand with that of tennis legends Venus and Serena Williams, transitioning the actor from a bankable action lead into a devoted father figure.

He opened his emotional innards again via his 2021 memoir "Will," in which he goes into tremendous detail about his relationship with his father. Its release landed around the same time as the awards season push for the movie, both to high acclaim. Winning that Oscar and future statues looked like a lock.

But as we all witnessed on that Academy Awards stage, a superstar's bruised disposition can get the better of them in the most public of forums.

What does that mean for the success of "Emancipation"? Less, probably, than it means to the way Smith desires us to view him. The actor's appearance on "The Daily Show with Trevor Noah" is a masterstroke in image management, in which he asks the audience to empathize with him, and others, by reminding them that they have no idea what strangers are going through.

Smith expressed worry that "Emancipation" director Antoine Fuqua may be penalized for his star's terrible judgment at last year's Oscars. But the weak box office returns over its opening weekend is less connected to that, perhaps, than a collective exhaustion related to Hollywood slave narratives. 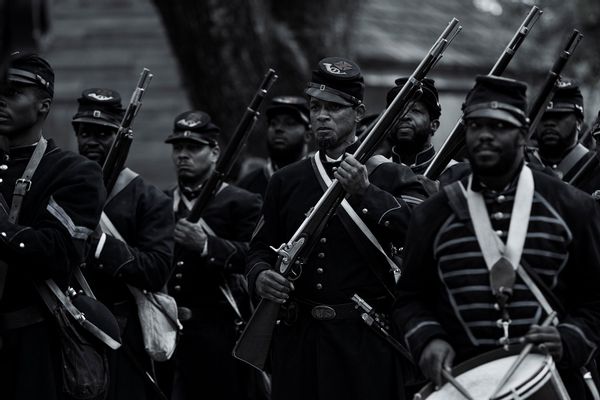 Will Smith in "Emancipation" (Photo courtesy of Apple TV+)

Synchronous to the debates around heroic police characters in TV and movies that "Bad Boys" contributes to perpetuating are critiques concerning the commodification of Black pain. Smith knows this, which is why in a 2021 GQ story tied to the release of "King Richard," he describes "Emancipation" as "a story about how Black love makes us invincible."

A year and change (and a slap) later, whether audiences at large agree with that message remains to be seen. For their part, critics aren't feeling the love. But Smith will more than likely continue to.

His next cold weather project is NatGeo Channel's "Pole to Pole," which is currently in production and has him filming in locations on each end of the Earth, gaining knowledge about life from other lands and their cultures along the way. Through such projects, he'll likely rediscover that even if the Academy Awards show won't have him, the world still will.

"Emancipation" is playing in theaters and streams on AppleTV+ on Friday, Dec. 9.