Tell Will Smith: "Ziwe" will recoup your reputation in her Barbie dream house interrogation chamber

Who needs Oprah? Ziwe's adversarial brand of interviewing is performance art that can help the worst celebrities 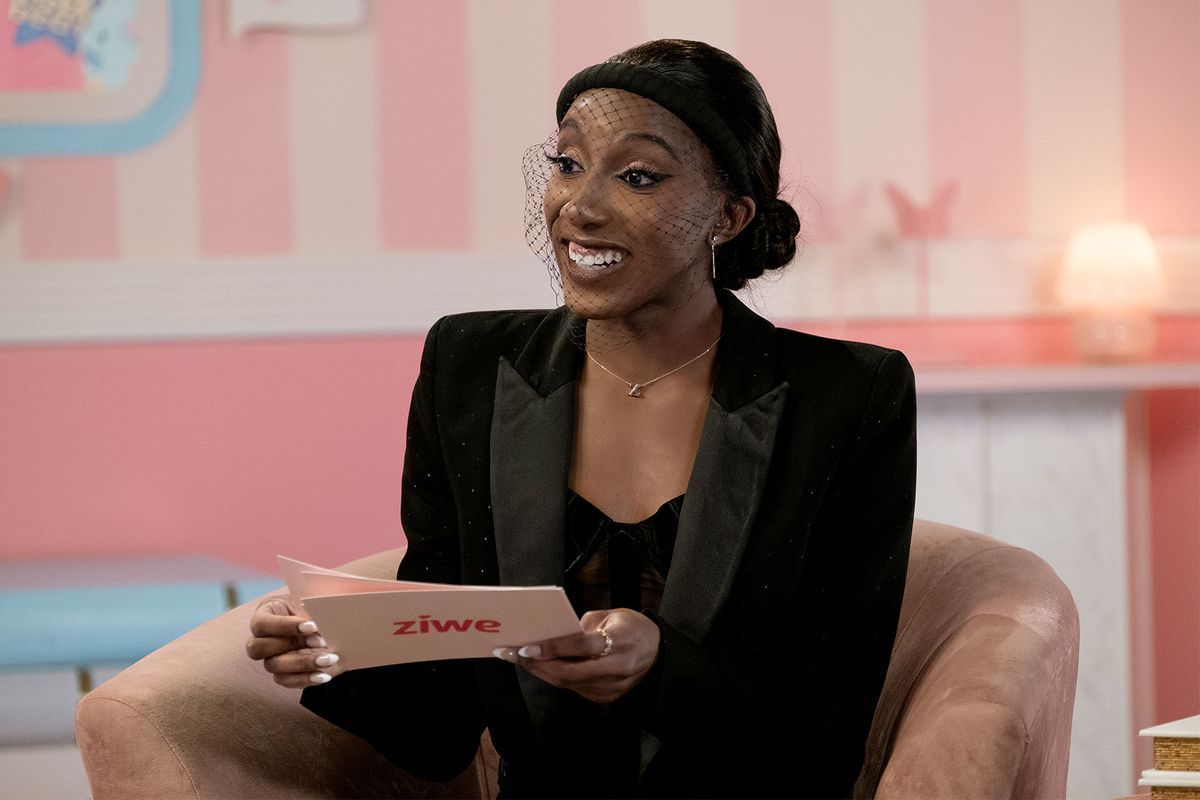 Will Smith is back on the publicity circuit, albeit on a select basis, to support his and Antoine Fuqua's contribution to this year's awards season contenders, "Emancipation."

Ordinarily, Smith would have engaged in a full media blitz to promote statue bait like this but that, ahem, Oscar-night event from eight months ago shifted the calculus on his entire career. For this reemergence, he's choosing his outlets and interviewers carefully, starting with Trevor Noah, to whom he gave his first late-night talk show interview since, you know, the thing.

Smith and Noah's exchange on the Nov. 28 episode of "The Daily Show" yielded precisely what one would expect from an actor doing his best to restore his good guy brand and a host whose stock-in-trade is his emotional intelligence. Noah is empathetic without defending what Smith did; Smith admits that it was a "horrific night" with "many nuances and complexities to it."

Smith's "Daily Show" appearance reminds us of what fascinating theater the celebrity redemption interview can be, especially when the father of Hollywood's most apparently open and reputationally aware family engages in some version of it.

But if such theater is meant to serve both the audience and the tarnished star at center stage, then Smith should march himself straight into Ziwe Fumudoh's kingdom of rose-colored discomfort. Where Smith's "The Daily Show" appearance represents the quintessential understanding, friendly and smart interview, "Ziwe" offers something the megastar won't get anywhere else on his comeback tour: a crucible facilitated by a host who is smart, understanding, and playfully hostile.

Will Smith breaks his silence on the Oscars slap: "Disappointing people is my central trauma"

"Ziwe" is a satirical whirlwind of skits, field pieces, and politically pointed music videos but her notoriously uncomfortable celebrity interviews are the crown gems of every episode. Megyn Kelly declared last year that she finds "Ziwe" to be "grossly racist," primarily judging it on its premiere episode "55%," named for the percentage of white women who voted for Trump. If Kelly had any guts, she'd agree to a "Ziwe" sit-down too.

She doesn't of course, and even if she did, I doubt Fumudoh would take her up on it, since she use her platform to raise people she respects or expose the stupidity of those she doesn't but who are fundamentally harmless. Joel Kim Booster qualifies as the former, although he freely admits he doesn't have much expert insight to offer on tech, the title of the episode premiering Sunday, Dec. 4. 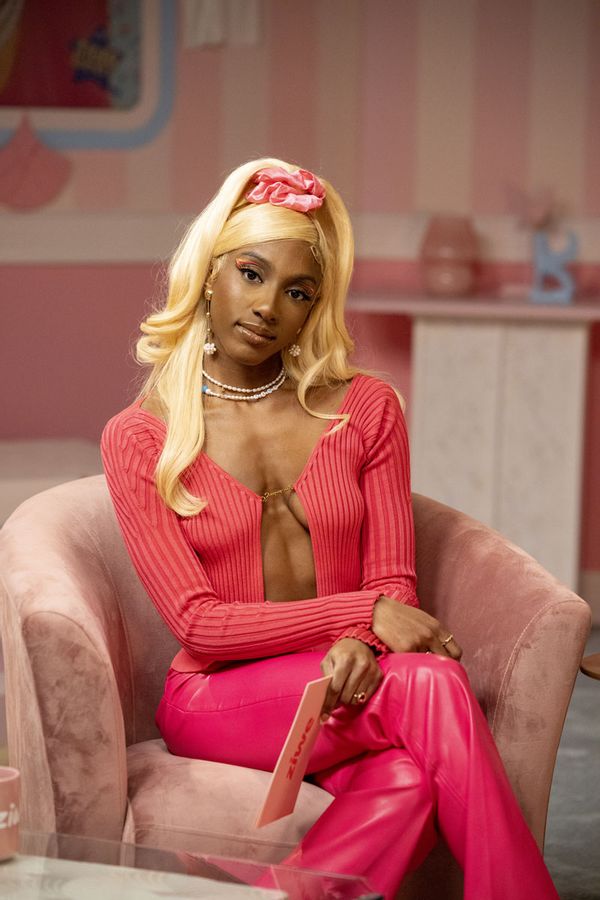 Then again, Booster is more knowledgeable than NBA star and NFT-promoter Blake Griffin, who explains the term fungible to mean "it's fun but manageable."

A "Ziwe" interview is performance art. It can also be a trap.

However, nobody who watches "Ziwe" expects those stars in the hot seat to give insightful answers to the host's questions. As Fumudoh snaps at Amber Riley, "We're working together, we are creating an art piece, and I need clips." In service of that goal, she steers her line of questioning away from the titular topic and barrels toward topics full of dangers, toils and snares for each subject.

A "Ziwe" interview is performance art. It can also be a trap that bizarrely enough, works out for everybody.

Her most famous subjects know what they're walking into and agree to join her anyway, either to prove they're in on the gag or that they can take whatever she's serving and lob it back. Some are up to the task – repeat guest/offender Adam Pally is the king of this – but most only think they are. That's where Fumudoh works her conversational alchemy, dissolving showbiz fakery in a cauldron of cringe and pouring out the molten honesty, affording a view of the person behind the polish. 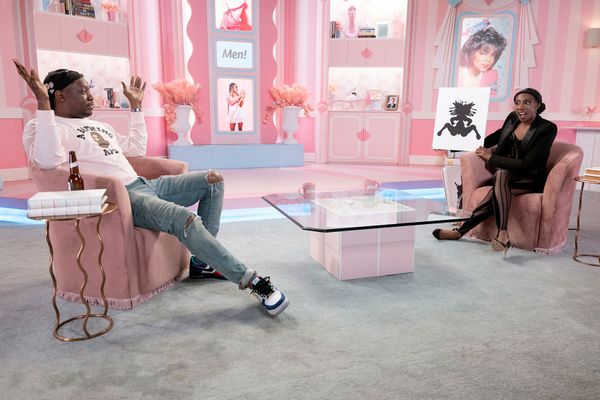 There are people like Michael Che, who look like they'd rather be anywhere else and yet sits down across from Fumudoh anyway for an episode titled "Men."  What would possess him to do this? I have a few guesses, and so does she. Maybe Che thought he could turn the tables on her to his benefit. He fails, and magnificently.

When he asks her what the terms "marginalized" and "patronizing" mean, she replies, "Are you the head writer of 'Saturday Night Live'?" "Yeah," he responds, adding, "I don't read."

Then there are the likes of Charlamagne Tha God, who announces that he's a fan of Fumudoh's show during his appearance in the second season premiere.

"The first season I was like, 'How the hell is Ziwe going to get guests next season? And here go my dumb ass on Season 2," he announces. Perhaps he hopes that this will soften the host's probing approach; it does not. Fumudoh begins by asking Charlamagne the God to define CRT before sliding him, almost without him realizing it, into a line of questioning where she endeavors to make him answer for his misogynoir: "You've maligned Black women. So why do you hate Black women, exactly?"

There may be no better public gauge of Smith's authenticity than "Ziwe."

She knows whatever answer he'll provide isn't true, but that isn't why she's asking. In the Barbie dream house interrogation chamber that is "Ziwe," the payoff is in her guests' reactions to her questions. The squints, frowns and chair shifts don't mislead, although the production's bombardment of cable news-style chyrons either gleefully do or say the quiet part out loud.

"Don't pause it and put, 'He hates Black women,'" Charlamagne pleads, which is followed by the frame freezing and the unfurling of a banner that reads, "Charlamagne Hates Black Women." 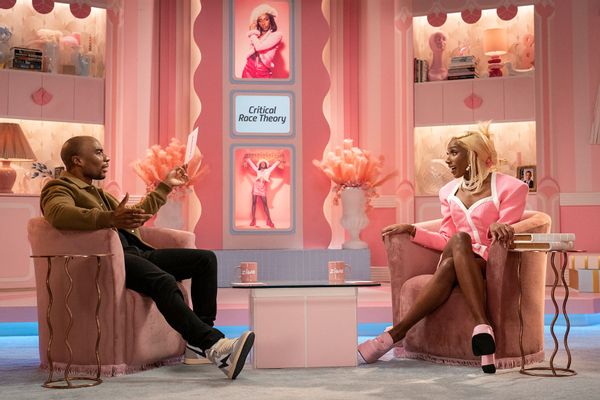 Surely all of this makes some of you wonder whether my suggestion that Smith become one of Fumudoh's "iconic guests" is a joke. I assure you it isn't.

Smith is in a somewhat rare position in that whatever whiff of scandal still hangs around Smith hasn't permanently dented his popularity among his fans. He hasn't engaged in sexual misconduct and subsequently ruined his victims' reputation. He is not a racist or an antisemite. (Even if he were, look at Mel Gibson.) Chris Rock still has a thriving career.

Ergo, Smith doesn't need to profusely account for his mistake. Noah gets this. He's a respected, intellectually curious interviewer, which lends weight to his assertion that Smith's contrition is genuine.

But there may be no better public gauge of Smith's authenticity than "Ziwe," in fact, especially since regardless of what transpires, he'll either remind people that he can take being the object of a joke, or prove himself to be one of the rare folks who foils Fumudoh's efforts. "You are a class act," she sullenly admits to one such saint in an upcoming episode, "and that is not beneficial to me."

Adversarial conversations can serve the subject getting grilled, especially if the interviewee understands what the host is up to and is willing to take a few on the chin. And "Ziwe" is a forum in which the host offers her guests multiple opportunities to apologize for whatever sin they may have committed in the moment, and in a way that amplifies the artificiality of televised atonements. Some guests (mainly Chet Hanks) refuse to play along.

Those who do are invariably vindicated not because of what they say but how they present themselves in that act and throughout the rest of the conversation, which almost always includes a ridiculous quiz or a rigged game.

Thus if Smith's goal is to fully win back a disenchanted public, one of the savviest moves he can make is to offer Fumudoh – one of the many Black women Smith says supports and defends – a chance to knock him around a little. Any talk show will give the superstar a platform to spout PR-approved bumper-sticker expressions like, "Love is a superpower." It takes a real one to submit to conversations that rely upon one's sense of humor and sharpness, accepting their believability won't be gauged by what they say but by how they act while saying it.

We'd show up for that. Would Will Smith? . . . Don't laugh, anything's possible.

New episodes of "Ziwe" air at 11 p.m. Sundays on Showtime and stream Fridays on demand for Showtime subscribers.

about celebrities and talk shows