Louis C.K. and Kanye West’s Grammy wins once again show that "cancel culture" is not real

Can we stop pretending that men's careers are over after admitted misconduct or accuasations made against them? 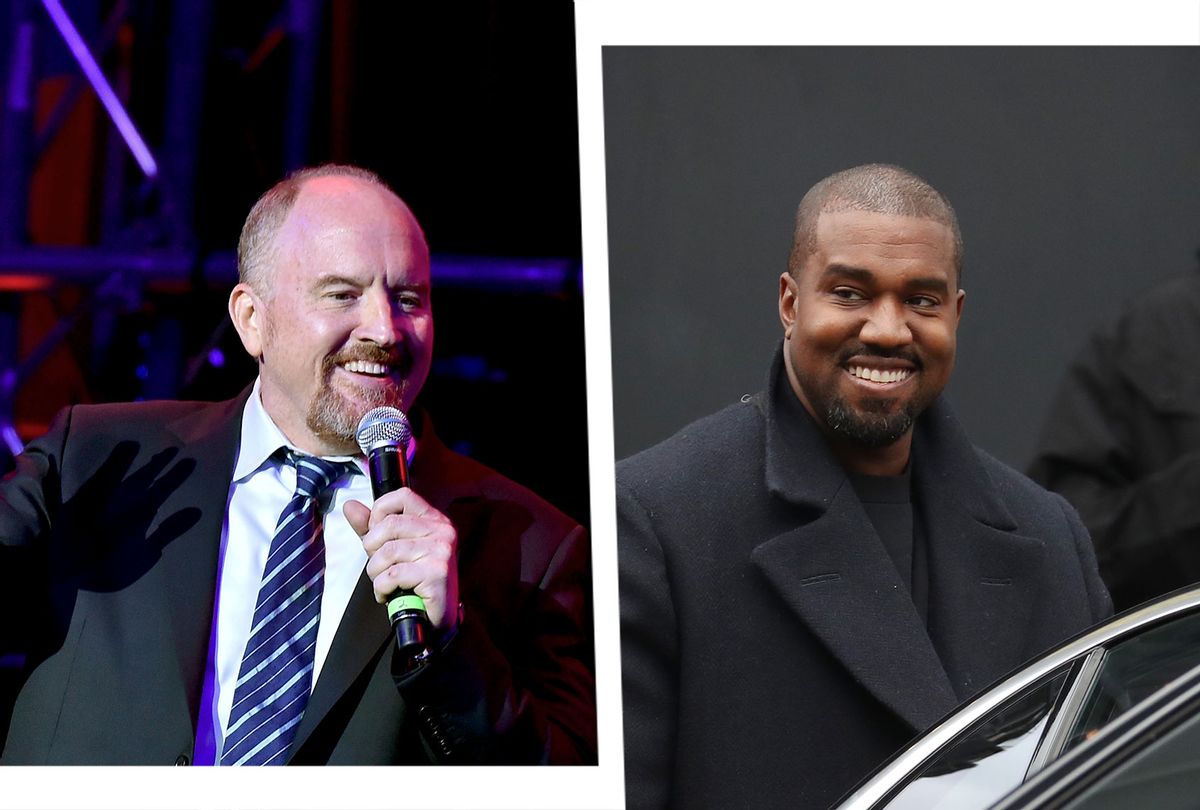 From a surprising appearance to multiple shocking wins, the 64th Annual Grammy Awards was rather eventful — and controversial — to say the least.

Sunday night's show, which took place at the MGM Grand Garden Arena in Las Vegas, first showcased a virtual appearance by Ukrainian President Volodymyr Zelenskyy, who — as you may remember — was unable to make it to last week's Oscars much to the disappointment of Amy Schumer. In his pre-taped message, which was reportedly shot from a bunker in Kyiv, Zelenskyy highlighted the power of music amid Russia's ongoing military invasion and urged viewers to "tell the truth about war" and "support us [Ukraine] in any way you can."

The message was followed by a performance of "Free" from 12-time Grammy award winner John Legend along with Siuzanna Iglidan, Mika Newton and Lyuba Yakimchuck, three Ukrainian artists. Iglidan notably paid tribute to her homeland by playing the bandura, a folk instrument that's also considered the national musical instrument of Ukraine.

RELATED: Why we should be thanking Joss Whedon and Jeff Garlin for their candor about workplace misconduct

C.K., who admitted to sexual misconduct in 2017, won the award for best comedy album for his 2020 special, "Sincerely Louis C.K," in which he joked about his sexual misconduct and the #MeToo movement. Following the public mea culpa, the disgraced comedian was dropped from multiple TV and film deals, including with FX Networks, Netflix and Universal Pictures. A year later, C.K. attempted to make his comeback with a slew of performances and comedy tours. He has not been charged with any crime or formally convicted to this day.

West, who was not in attendance after being barred from performing at the awards show due to his "concerning online behavior," took home two awards — one for best melodic rap performance and another for best rap song. The latter was for his 2021 single "Jail," which includes a second part that features vocals from rapper DaBaby and singer Marilyn Manson, both of whom he befriended after their respective "cancelling" due to homophobic comments and sexual assault allegations. West, who now has a total of 24 awards, also broke the record for most Grammys won by a hip-hop artist.

Like clockwork, the recent wins elicited backlash across social media as critics, writers and producers criticized the outrage over so-called "cancel culture."

"Remember when male comedians this week were like 'Chris Rock got slapped!! Comedy is in danger!' They never gave a f**k about those of us in comedy who were always in danger. They're SILENT 2nite on Louie CK winning a Grammy for an album where he jokes about his assaults," tweeted comedian and screenwriter Jen Kirkman.

"Louis CK won a Grammy for best comedy album and the grammy for best rap song went to Kanye West "Jail" which featured Marilyn Manson," wrote another user. "There is no such thing as cancel culture when men abuse women. If Weinstein wasn't in jail, he'd probably already be producing movies again."

Time and time again, celebrities have continued to be celebrated and hired, despite the conservative assertion that "cancel culture" has gotten out of hand. Similarly, at this year's Academy of Country Music (ACM) Awards in March, when country music singer Morgan Wallen won the award for album of the year. Wallen was previously removed from the ACM ballot only a year ago and indefinitely suspended by his record label after he was caught on video spewing a racial slur and other profanities.

Shortly after his Grammy win, West officially pulled out of his performance at the Coachella Valley Music and Arts Festival, according to a TMZ report. The rapper's representatives did not provide a clear reason for his sudden cancellation. West, however, has been at the center of controversy following his divorce from ex-wife Kim Kardashian and troubling online interactions with former family members, Pete Davidson and Trevor Noah. West was scheduled to headline the festival on Sunday, April 17 and 24.