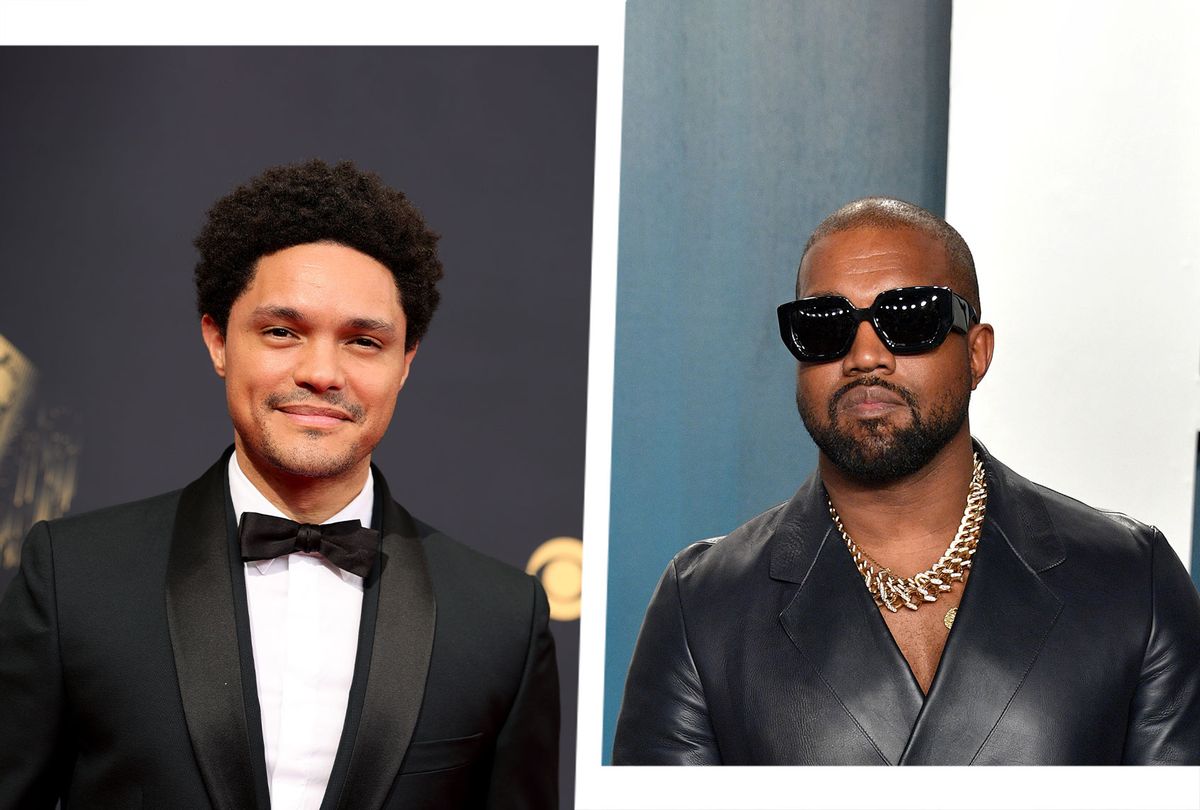 Kanye "Ye" West has become a controversial figure amid his public feuds with former family members and celebrities. And his increasingly angry and outsized reactions have prompted some to feel that he requires more scrutiny and maybe even medical help. But it doesn't seem like he's receptive to those suggestions.

Take his latest attack on Trevor Noah, the latest public figure to call out the rapper's troubling behavior. In a video clip uploaded on Tuesday, Noah said that people should "pay attention to" the fallout from Kim Kardashian's divorce from West and noted that "over time, Kanye has become more and more belligerent in how he tries to get Kim back."

Beyond all the persistent texts and social media messages to this ex, West has also publicly issued death threats to Kardashian's current boyfriend, "Saturday Night Live" star Pete Davidson. In West's latest music video, a clay-animated version of West is seen kidnapping, decapitating and burying alive a Davidson look-alike. Many saw that macabre wish fulfillment as a red flag.

RELATED: The emotional labor of being a Kanye West fan is not paying off

He added, "You may not feel sorry for Kim because she's rich and famous. But what she's going through is terrifying to watch. And it shines a spotlight on what so many women go through when they choose to leave [toxic relationships]. . . .  What we're seeing here is one of the most powerful, one of the richest women in the world unable to get her ex to stop texting her, to stop chasing after her, to stop harassing her."

Noah also mentioned his own childhood of growing up in an abusive household and how his mother was constantly reprimanded by police, family members and even strangers for "overreacting" or being unable to stand up to her abuser.

Naturally, West was not about to let that speech go unanswered. On Wednesday, the rapper  launched racial slurs at "The Daily Show" host on Instagram, which suspended West for 24 hours. Per TMZ, the now-deleted post featured a picture of Noah and a caption with the lyrics that put a racist spin on the Black spiritual song "Kumbaya": "K**n baya my lord k**n baya K**n baya my lord K**n baya Oooo' lord K**n baya."

Noah's recent comments contribute to a larger discussion about West's bipolar disorder diagnosis and the mockery of his abuse towards Kardashian, her family and Davidson. West has frequently addressed his custody battles on Instagram, alleging that Kardashian barred him from seeing their children and antagonized him with daughter North's social media posts. In a deleted comment posted earlier this week, Kardashian called out his version of events.

"Please stop with this narrative, you were just here this morning picking up the kids for school," she wrote.

A spokesperson for Meta — the technology conglomerate that owns Instagram — told Variety that West's suspension was initiated after he had violated policies on hate speech, bullying and harassment. In accordance with Meta's policy to restrict accounts that have violated these rules multiple times, West will no longer be able to post, comment and send direct messages for a limited period of time. Meta said it will continue to monitor the situation and place more restrictions if additional violations are made.