When Salon loved all the wrong men

In hindsight, we made some bad calls in our past crush lists 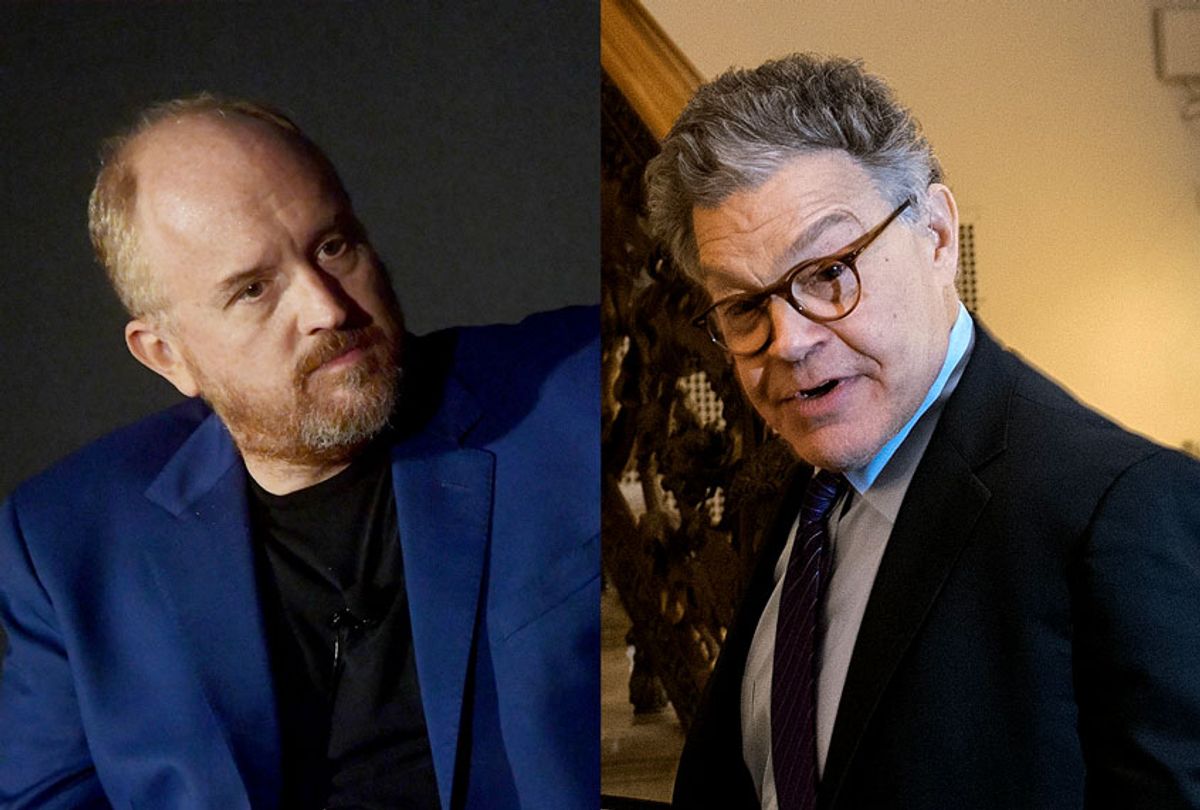 There’s a moment early on in Whitney Cummings’ latest Netflix special that lands with an explosion of self-aware laughter from the audience. “I love that guys think that we have no idea that some women are bats**t crazy. We know,” she tells them. “We have to get to a place where we can call women out when they’re acting like silly gooses.” Amen to that. And sometimes, you have to get to a place where you can take a long hard look at the evidence and admit it: that silly goose is you.

As one of the very first online destinations for news and culture, Salon has broken big stories, been a home to future bestselling authors and provided a lively mix of opinions and personal stories. We’ve also misjudged a few guys along the way. OK, more than a few. Over the past dozen or so years, we seem to have consistently aimed our fandom at men who were later revealed to be less than worthy — and yes, we are discussing this with our therapists.

The following is in no way meant to imply that every man here on the same ethical plane, or that their misdeeds or all around jerkitude have equal weight. All we’re saying is this: If in the early 2010s you were a man with a certain degree of intellectual showmanship and a few feminist talking points, someone here at Salon was probably going to declare you a hottie.

If I were to name a year our taste in men really bottomed out here, I’d give the award to 2007. We’d launched our “Sexiest Man Living” accolade just one year before, proudly declaring ourselves unmoved by the usual “vanilla eye-candy actors” typically singled out by People magazine. And in our first go, we did pretty well, singling out the still swoony Stephen Colbert, Jon Stewart, Mark Ruffalo and Alton Brown. True, the choice of increasingly insufferable Richard Dawkins wasn't our best, but all in all, not a bad start.

Just 12 months later, however, what were we smoking? I personally put my name to public endorsements for the sexiness of future declared non-feminist Judd Apatow and the far more problematic Junot Diaz, while my colleagues fanned themselves over very stable geniuses Kanye West, Sean Penn and Alec Baldwin. Honestly, that list in retrospect looks like a cry for help.

When I contacted a colleague from that era recently, she recalled that our top 2007 winner was Jon Hamm, then at his "Mad Men" peak. "Now that's fascinating," she wrote me, "because Don Draper was indeed a deeply troubled, serially unfaithful, pathologically dishonest character who — and there should really be a book about this one day — became a massively popular folk hero AMONG WOMEN AND PARTICULARLY FEMINISTS during an era when online feminism was on the rise. Of course, the Salon award wasn't for DON DRAPER. It was for Jon Hamm. Fine, whatever." But history bears witness to the fact that Hamm himself never sparked as much unbridled public lust as he did while he was playing the lying, philandering Draper.

Salon pulled it together in 2008, naming Robert Downey Jr. our sexiest man and correctly identifying Kal Penn as a fellow dreamboat. But we were back on our BS in 2009, when we handed the crown over to … James Franco. Back then, we were too busy staring at his strong “clenched jaw and killer cheekbones” to see a man who might one day try to hook up with a teenager, or whom five women would later accuse of “inappropriate or sexually exploitative” behavior, or who would just this week be slapped with a lawsuit over claims that he and his acting school partners "engaged in widespread inappropriate and sexually charged behavior towards female students."

One year later, we at least had moved some of our dubious contenders off the deck and onto an honorable mentions list, but that also-rans list included “Glee” star Mark Salling (Salling later died by suicide in 2018 while awaiting sentencing in a child pornography case), Al Franken and Louie C.K. Guess what silly goose here on staff has two thumbs and had thrown Louie’s name in the ring in the first place? Sorry, feminism. It gets worse. In 2012, Louie made our official list, outpaced only by Chris Kluwe, who turned out not to be such a woke beefcake god after all.

Fortunately for our dignity, Salon stopped doing a sexiest man list in 2013, going out on top with Kumail Nanjiani. (And don’t you dare disappoint us, Kumail.) At the time we stopped running the list, one contributor confided to an already departed editor, "I was completely over pretending that mostly-not-hot people were hot. I couldn't be happier to see it go." When I asked her about it again recently, she mused, "For some of us, maybe, it was a forced, inauthentic thought exercise that pushed us into weird-ass territory!" Or maybe we were doing the thing women have done throughout the ages: making the grand gesture of reassuring mediocre men that they're special — and trying to convince ourselves of the same.

Since then, we’ve been at least a little more cautious, generously referring to Kevin Spacey as just “far from evil” in 2014, the same year we envied Aziz Ansari’s “stable and loving long term relationship” and took his full throated identification as a feminist at face value.

That was also the year we ran a partner story that has aged the least well, a piece by ”Men Explain Things to Me” author Rebecca Solnit with the unfortunate title “Feminism needs more Louie CKs and Chris Kluwes.” In her article “celebrating the men who have made changing the world slightly more possible,” Solnit also cited Aziz Ansari and Indian Prime Minister Narendra Modi as part of the growing group of high profile men who’ve spoken up for feminism. You know how the feminist credentials of the first three played out in the five years since Solnit's essay was published. Would it surprise you if I told you that Modi later praised the strength of Bangladesh’s Prime Minister Sheikh Hasina, “despite being a woman”? Or that last year he came under fire for his silence about a #MeToo harassment story involving a government minister?

We know, of course, that plenty of sociopaths are real charmers. Or at least we know that now, after all the therapy. We also know human nature exists on a spectrum, and that sometimes genuinely well-meaning, otherwise nice people can do really dumb, selfish things. I think my former coworker has a forgiving interpretation of some of our old imaginary boyfriends when she notes, "They weren't the guys who appealed to other women. And so we might ask ourselves how that shaped THEIR relationships with women or their erotic selves during their formative years. For one thing, it probably made them very funny." She wonders now if our attraction "reveals a willingness to fall for one highly desirable trait (humor) without spending much time thinking reflecting about what might have created that trait (personal pain, darkness.)"

I’m not saying all of these men are monsters. I’m just saying, we’d like to change our votes here and renounce our former infatuations, thank you. And I’d like to believe I’m a a better judge of character now than I was all those years ago. My only crush object these days is a budding internet sensation called Milkshake Duck — and ladies, he’s perfect.