Why 2023 will be a banner year for drug research

2022 was a record-breaking year for drug research. 2023 may be even better thanks to loosened research restrictions 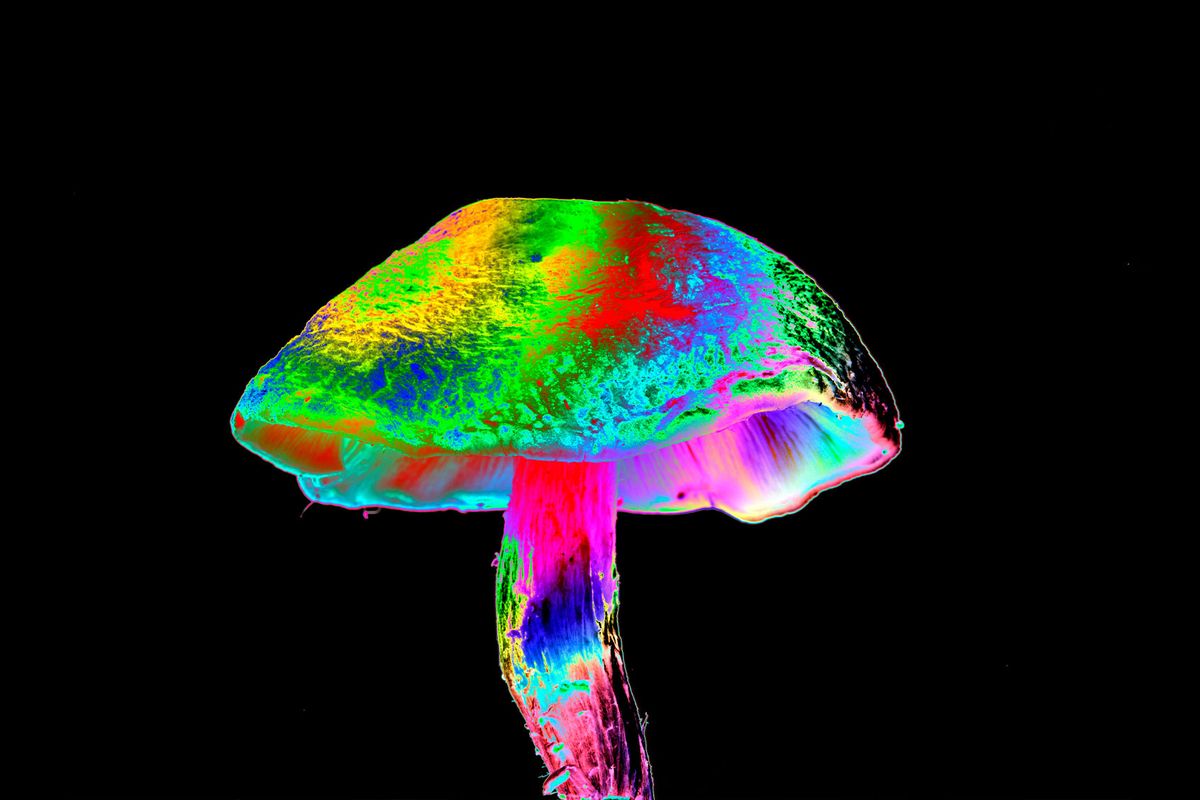 American drug policy suffers from a tremendous, harmful Catch-22: we don't know how dangerous or beneficial some drugs are because they aren't studied enough. And we can't study them easily because the federal government considers them to be too dangerous, and hence, research is bogged down by red tape.

Since the days of President Nixon's War on Drugs, which spawned the Controlled Substances Act in 1970, illicit substances have been placed into different categories or "schedules" based on their perceived harms and medical benefits. For example, cannabis, the psychedelic LSD and heroin are all lumped into schedule 1, a tier considered by the Drug Enforcement Agency (DEA) to be substances with "no currently accepted medical use and a high potential for abuse."

Designating cannabis in this way is completely illogical given that cannabis-derived drugs like Epidiolex and Dronabinol are federally-approved medications. Clearly, cannabis has widespread and accepted medical use, even by many medical professionals, not in spite of the nearly 40 states that have legalized medical marijuana. (That doesn't mean marijuana is harm-free, of course — only that it's not a poison either.) Nonetheless, due to additional barriers specific to cannabis, marijuana (which is any intoxicating extract from the plant) is even harder to study than any other schedule 1 drug, including heroin.

In contrast, drugs like cocaine, methamphetamine and the synthetic opioid fentanyl are all schedule 2. They are still considered drugs with a "high potential for abuse," but admittedly still have merits for health. It may sound strange to hear that meth has some medical benefits, especially for treating treat obesity, narcolepsy and ADHD, but it's absolutely true, at least when the drug is pharmaceutical grade and prescribed by a doctor in low doses. Likewise, doctors can and do prescribe cocaine for nasal surgeries, though it is rare; fentanyl is commonly used every day in hospitals across America, but it's very different from what is sold on the street. The point is, it's much easier to study cocaine, meth and fentanyl than it is to study cannabis or psilocybin "magic" mushrooms.

An epidemic of fentanyl misinformation: How politicians fail to understand the synthetic opioid

If this schema doesn't make sense to you, you're not alone. Scientists and public health advocates have been decrying this system for about as long as it's been in place. In 2016, researchers writing in the American Journal of Bioethics wrote that "Schedule I amounts to an unsurmountable barrier to research," which undercuts "important therapeutic potential for the relief of symptoms as well as for the management of the underlying chronic conditions. Without research, that potential cannot be detected or verified and the potential benefits cannot be dispersed."

But in 2022, the United States saw a major shift in drug research — and next year promises to be even more substantial when it comes to studying intoxicants.

In fact, this was a record-breaking year for the number of scientific papers published about cannabis. According to a recent analysis by the National Organization for the Reform of Marijuana Laws (NORML), researchers across the globe published more than 4,300 scientific articles about weed. That broke the previous record, set in 2021, when scientists published over 4,200 papers.

"Despite claims by some that marijuana has yet to be subject to adequate scientific scrutiny, scientists' interest in studying cannabis has increased exponentially in recent years, as has our understanding of the plant, its active constituents, their mechanisms of action, and their effects on both the user and upon society," NORML's deputy director Paul Armentano said in a statement. "It is time for politicians and others to stop assessing cannabis through the lens of 'what we don't know' and instead start engaging in evidence-based discussions about marijuana and marijuana reform policies that are indicative of all that we do know."

There's no reason to believe this pace will slow down, especially given the Biden Administration's recent moves that could open doors to even more cannabis research. In early December, President Biden signed a marijuana research bill into law, which, according to Marijuana Moment, is "the first piece of standalone federal cannabis reform legislation in U.S. history." It will remove barriers to research and could lead to the development of more effective cannabis medications.

A month ago, the DEA released its drug production quotas for 2023, which have increased significantly compared to previous years.

This year, Biden has also directed an administrative process, asking Attorney General Eric Garland and Health and Human Services Secretary Xavier Becerra to review how cannabis is scheduled and why. "We classify marijuana at the same level as heroin – and more serious than fentanyl. It makes no sense," the president said in an October tweet.

Other drugs will become easier to study in 2023 as well. The DEA has the authority, for some inexplicable reason, to determine the volume of certain drugs that can be manufactured in the United States, whether for research or medical practice. It's a little strange that an institution that is essentially the federal drug police can tell doctors and researchers how many drugs they can prescribe or study. This is partially why the U.S. is currently experiencing an Adderall shortage — the DEA limits how much can be sold. The agency also limits the amount of research that can be done by scientists on drugs like LSD, MDMA (also known as "ecstasy") or psilocybin.

Then, a month ago, the DEA released its drug production quotas for 2023, which have increased significantly compared to previous years. Cannabis production for research is expected to double, jumping from 3.2 million grams in 2022 to 6.7 million grams next year. Many psychedelics will also see a boost, including obscure substances like MDA and 2-CB. Production of 5-MeO-DMT, a drug derived from toad venom, will more than quadruple, for example.

This is good news for researchers who want to learn more about how these drugs work and how they might help folks. It can also illuminate risks or side effects. We won't know until we pay closer attention. Increasing research suggests that psychedelics can alleviate a myriad of mental health maladies, including depression, anxiety and PTSD. They aren't panaceas, however, and these drugs can come with side effects or just fail to work for some individuals. Researchers have many open questions about what psychedelics can and can't do, and the federal government's outdated regulations are seen by some drug policy experts as holding back scientific progress.

2023 might even be a good year for researching illicit drugs that don't get as much appreciation as psychedelics, specifically opioids. Despite their reputation for addiction and overdose, opioids are some of the most useful drugs on the planet. No one would want intensive surgery without them. They even have antidepressant properties, not they're ever prescribed as such.

In October, US senator Cory Booker (D-N.J.) introduced the Temporary Emergency Scheduling and Testing (TEST) Act, which would examine the rationale behind scheduling certain fentanyl analogs. Illicit fentanyl is overwhelmingly driving overdose deaths in the U.S. and Canada, but the substance sold on the street often contains a medley of different drugs, many of them related to fentanyl but slightly different (an analog).

As overdose deaths have risen to record numbers, foreshortening the average American lifespan, the DEA has temporarily placed many of these analogs into schedule 1, in the hopes that such bans will make it harder for these drugs to wind up on the street. That hasn't worked much, as many clandestine chemists simply pivot to other analogs. There are nearly endless chemical variations that can be made out of the original fentanyl. The DEA tries to keep up in a game of cat and mouse, but despite their best efforts, the number of overdose deaths has only risen.

Meanwhile, many of these fentanyl analogs could have unknown medical value. The TEST Act would temporarily keep these analogs in schedule 1, but it would direct the Department of Health and Human Services to manufacture and study these drugs for any potential benefit.

More general drug research will likely also get a boost, as the National Institutes of Health's budget was recently expanded by 5.6 percent to $47.5 billion. The budget increase was part of the recent $1.7 trillion spending bill passed by Congress, which also included an amendment giving FDA authority to approve new medicines that have not been tested in animals. So not only will drug research become more abundant in 2023, it could involve less animal suffering.

Though they are far from the only public health tool available, drugs are an important part of our society, for better or worse, and it's important to understand what they can and cannot do. But for decades, a relic of drug policy fabricated by a disgraced president has kept scientific research on drugs expensive and tedious. Finally, in 2023, it will get a little easier to do some drug science.