Matt Gaetz suggests a new option for Speaker of the House . . . Trump

During Thursday's seventh voting session, Gaetz shook things up by dragging Trump into the mix 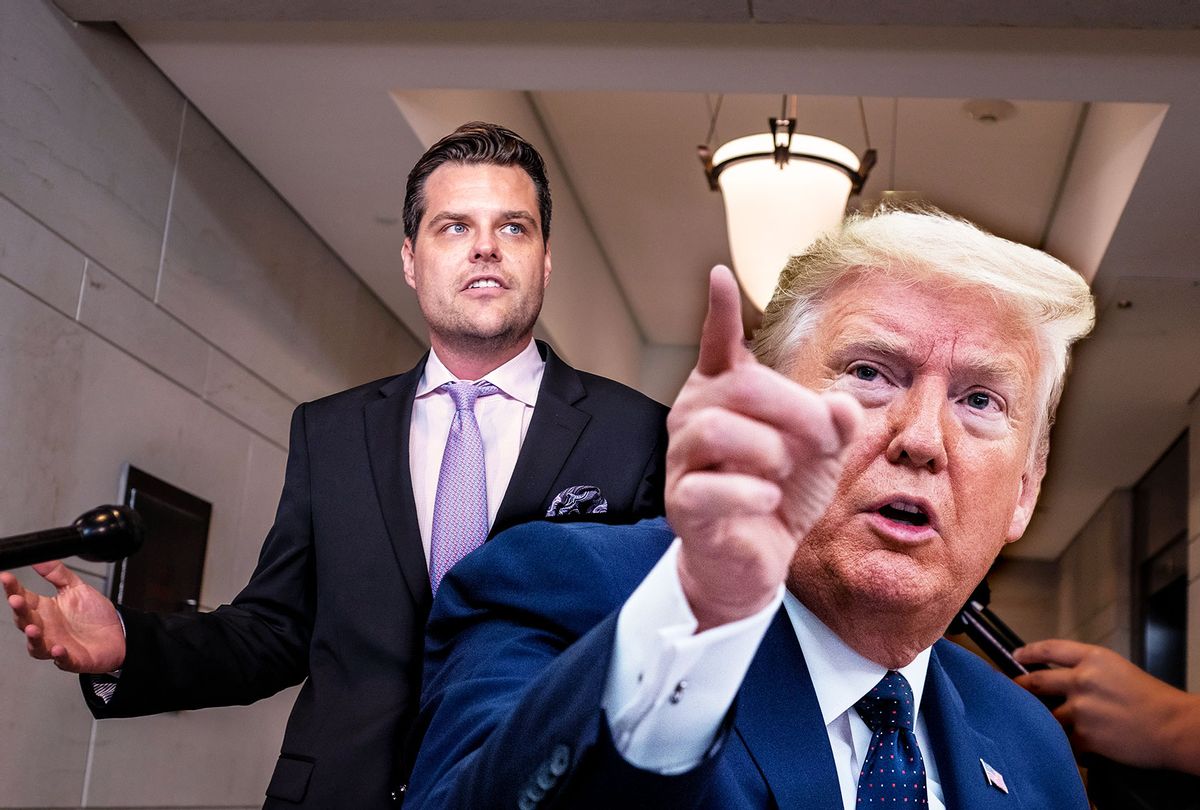 During Thursday's seventh voting session for Speaker of the House, Florida Republican Rep. Matt Gaetz threw a somewhat predictable curveball by casting his vote for Trump.

Having made his distaste towards Republican Rep. Kevin McCarthy known over the duration of the previous voting sessions, in which McCarthy consistently came up short on the amount of votes needed to land in his desired role as speaker, Gaetz went so far as to refer to him as a "squatter" on Tuesday night. That being said, his move to introduce Trump as an option is a clear break from the 19 other representatives leaning away from McCarthy, all of whom cast their vote for Republican Rep. Byron Donalds, as The Hill points out.

On Thursday afternoon, Gaetz tweeted a photo mockup of Trump wielding the speaker's gavel, resulting in a storm of reactions.

"Would he take it?" asked commentator Sam Ikin.

"Yes," one person was quick to reply.

In video footage of Gaetz vocalizing his vote for Trump on the House floor on Thursday, Republican Rep. Marjorie Taylor Greene is seen sitting next to him, reacting with what looks to be a smile of approval.

"MOCKERY!!!!! This is what you get for voting in Sea Creatures. GOOD!!!!" tweets actor Michael Rapaport.

Regardless of the shake-up in votes, the House is nearing the end of yet another day without a speaker, and Trump himself has yet to weigh in on the vote, at the time of this post.

As The Hill highlights in their coverage of Thursday afternoon's session, this idea to vote for Trump as speaker did not originate with Gaetz.

On Wednesday, Republican Rep. Lauren Boebert  suggested that she herself might nominate Trump, which brought about a fiery response from Fox News host Sean Hannity who said "Is this a game show? Like we're gonna pick Jim Jordan one day, Trump the other day?"