Are "the yips" real, or psychosomatic? Here's what experts say 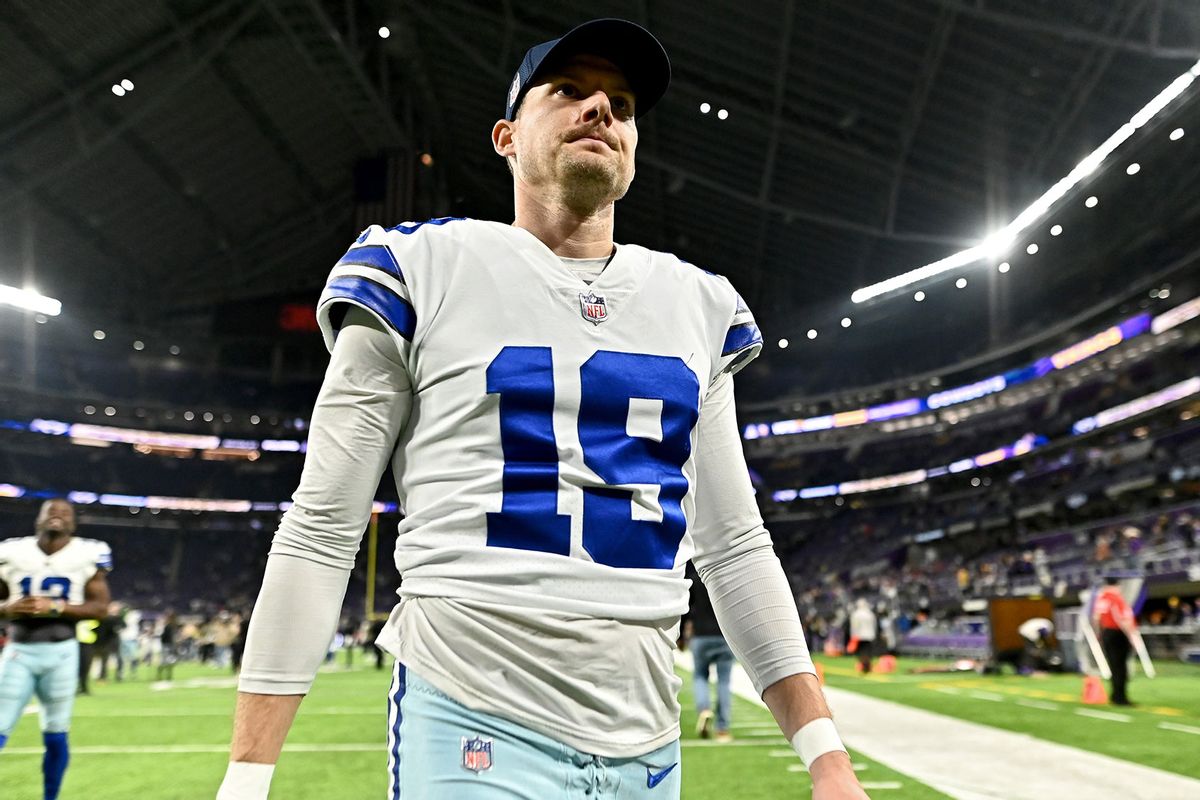 Brett Maher #19 of the Dallas Cowboys walks off the field after defeating the Minnesota Vikings at U.S. Bank Stadium on November 20, 2022 in Minneapolis, Minnesota. (Stephen Maturen/Getty Images)
--

You probably know this nightmare — the one where you're suddenly, inexplicably incompetent at something you definitely know how to do. Maybe it's taking a test, or doing your job duties competently, or driving a car. Or maybe you're a pro athlete and you've forgotten how to catch a ball.

While few of us will ever live the bad-dream cliche of forgetting how to dress ourselves before going to class, athletes really can forget how to do their job — spontaneously and seemingly without reason. This extremely weird condition has a name — the yips — and if you're a pro athlete, it's definitely your worst nightmare come true.

You may know the yips because of their depiction in fiction. In the second season of the hit sitcom "Ted Lasso," a soccer player played by Cristo Fernández gets the yips after accidentally killing a dog during a game. The yips, as another character explains, refers to "when just out of nowhere an athlete suddenly can't do the basic fundamentals of their sport."

In reality, the yips were in the news this week, when on Monday — during a football game between the Dallas Cowboys and Tampa Bay Buccaneers — Dallas kicker Brett Maher missed four consecutive extra point kicks. As any NFL fan knows, those 33-yard kicks are considered pro forma at this level of the game, especially as they only add a single point after a team scores a 6-point touchdown. Missed extra point kicks still occasionally happen among professional players, of course, but Maher is the first kicker in the history of the league to miss four extra point kicks in a single game.

Experts agree that the yips is itself a very real disease, one with physical as well as psychological origins.

He is hardly alone, however, when it comes to having the yips. Indianapolis Colts kicker Mike Vanderjagt developed the yips in 2005 after missing a crucial field goal; thereafter, he went from being one of the most accurate kickers in league history to regularly missing attainable kicks.

Yet the yips are hardly confined to sports that involve a lot of kicking. The history of baseball is full of players whose throwing accuracy inexplicably evaporated: Steve Sax of the Los Angeles Dodgers had yips so notorious that some refer to the condition as "Steve Sax Syndrome," much as Pittsburgh Pirates pitcher Steve Blass' case of the yips was informally dubbed "Steve Blass Disease." Chuck Knoblauch of the New York Yankees developed such a severe case of the yips that he took himself out of an important game in 2000 and left the stadium while it was in progress in street clothes. There are also myriad golfers who have had the yips, while gymnasts like Simone Biles have suffered from an analogous ailment known as "the twisties." Each of these athletes would suddenly find themselves unable to kick precisely, throw accurately, hit a ball, spin in the air correctly or otherwise perform the fundamentals of their sport.

Football's problem isn't the rules, the equipment or the medical care: This sport kills

Even though the yips involve athletes suddenly being unable to do basic tasks seemingly out of nerves, however, experts agree that the condition is itself a very real disease — one with physical as well as psychological origins.

"We do know that focal dystonia actually takes place," explains Dr. Nick Molinaro, a clinical psychologist who specializes in sports and performance psychology. Focal dystonia is a neurological condition in which there are involuntary muscle contractions in one body part. Molinaro said that it is the "absolute truth" that there is a genuine physical as well as mental component to the yips, in particular when the muscles in questions have been overused.

"f you made an error in your throw one time... the next time you start to anticipate that the worry itself will start to alter the pathways in the brain. That's the way it happens."

"It generally occurs in people that are older, and so that part is obviously identified," Molinaro told Salon. "I'm currently working with a world class athlete — I won't give you the sport, but what happened with him is that as it is a racket sport, he is making a very specific movement. There is this kind of jerking motion that's taking place in his wrist." Thanks to MRIs and X-rays, doctors discovered "a condition related to a certain portion of his shoulder. As he moves it across his body, for example, it produces a different response. So backhanded movement versus a forehead, there's a physiological basis for why that's occurring. That would be a good example of what I'm talking about."

Indeed, according to a 2020 article in the journal Frontiers in Psychology, a key difference between the yips and "choking" — another term involving a talented athlete suddenly declining — is that while the yips involves a combination of physical and psychological problems for the players, choking is purely the result of mental factors. By analyzing golfers and archers, the scientists determined that one of the key risk factors for developing the yips is displaying perfectionist traits. Specifically athletes who developed the yips had higher amounts of "social anxiety, perfectionistic self-promotion, and non-display of imperfection," meaning they were more likely to be nervous in social situations and determined to present a flawless image to others.

The mysterious part is how those mental problems ultimately become tangible, measurable physical problems. It is not mysterious at all, however, how the athletes' brains wind up stirring up the yips within them.

"A good example is this: when you speak, you don't think of every word you say because you have 80,000 thoughts a day, 35,000 decisions a day, most of which are influenced by your subconscious mind," Molinaro told Salon. "So if you made an error in your throw one time, and then as a result there was an inhibition of you're being able to do that, the next time you start to anticipate that the worry itself will start to alter the pathways in the brain. That's the way it happens."

The good news, however, is that the yips does not always have to spell the end of an athlete's career. Steve Sax, for instance, eventually resumed his successful baseball career, as did Chicago Cubs pitcher Jon Lester after a public bout with the yips in 2014. The ailment's origins may remain somewhat murky, but it does not always have to be the final chapter in an athlete's career.

about sports and health